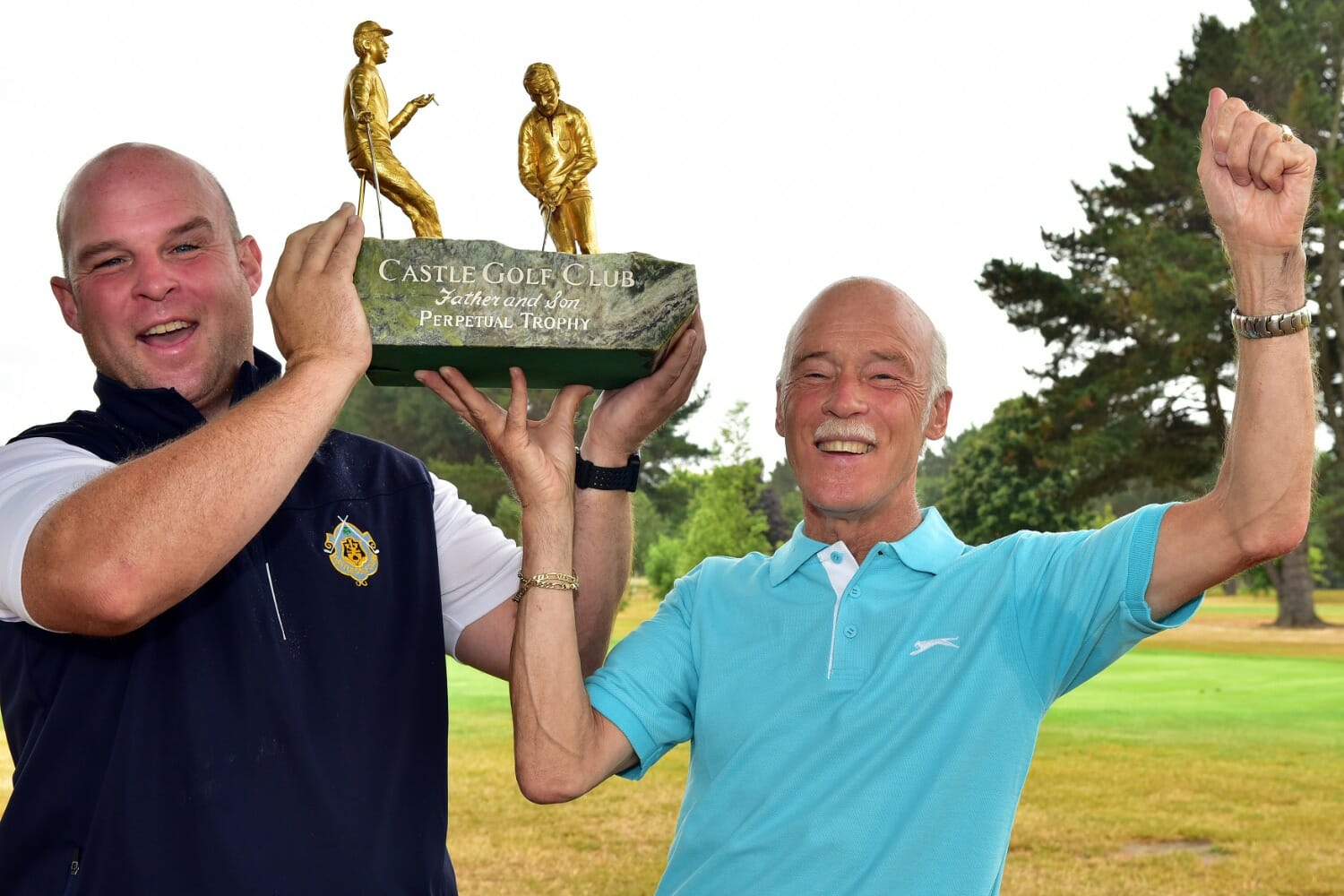 Michael & Stephen Finlan (Grange Castle/Castle) won the 2018 All Ireland Father and Son, Sponsored by Dawson Jewellers, at Castle Golf Club.  This is the fourth time that Michael and Stephen have won this event.  Michael is now a five time winner as he also won in 1979 with his father Ben!

2018’s competition saw almost 450 golfers representing nearly 100 different golf clubs participated in the Qualifying Rounds of this prestigious tournament.  This event is renowned for its friendly atmosphere and this was evident from the qualifying rounds and right through all the matchplay stages

Michael & Stephen Finlan overcame Vincent & Lloyd O’Rourke (Naas) in a closely fought matchplay final, played in a very friendly atmosphere throughout, which finally ended 15th hole to win 4 and 3.
Both pairs treated spectators to fine golf right throughout the week and a large crowd enjoyed a fantastic final played in the spirit that this competition is renowned for.
The competition, which is the biggest amateur open event on the Irish golfing calendar, was sponsored by Dawson Jewellers.

Ken McDonagh from Dawson Jewellers said that his company were delighted to be part of this great tournament that builds and nourishes future talent, family relationships and values.
Players from clubs around the country were very complimentary about the golf course and its presentation for the week and in particular the warm Castle welcome received by all.

The quality of the golf was at the highest standard for the entire week and included two hole in ones by John Maguire (Foxrock) and Lloyd O’Rourke (Naas).
All the results and news related to the event can be found on the Castle website at www.castlegc.ie.