Kelly on track for #5 at Irish Seniors Championship 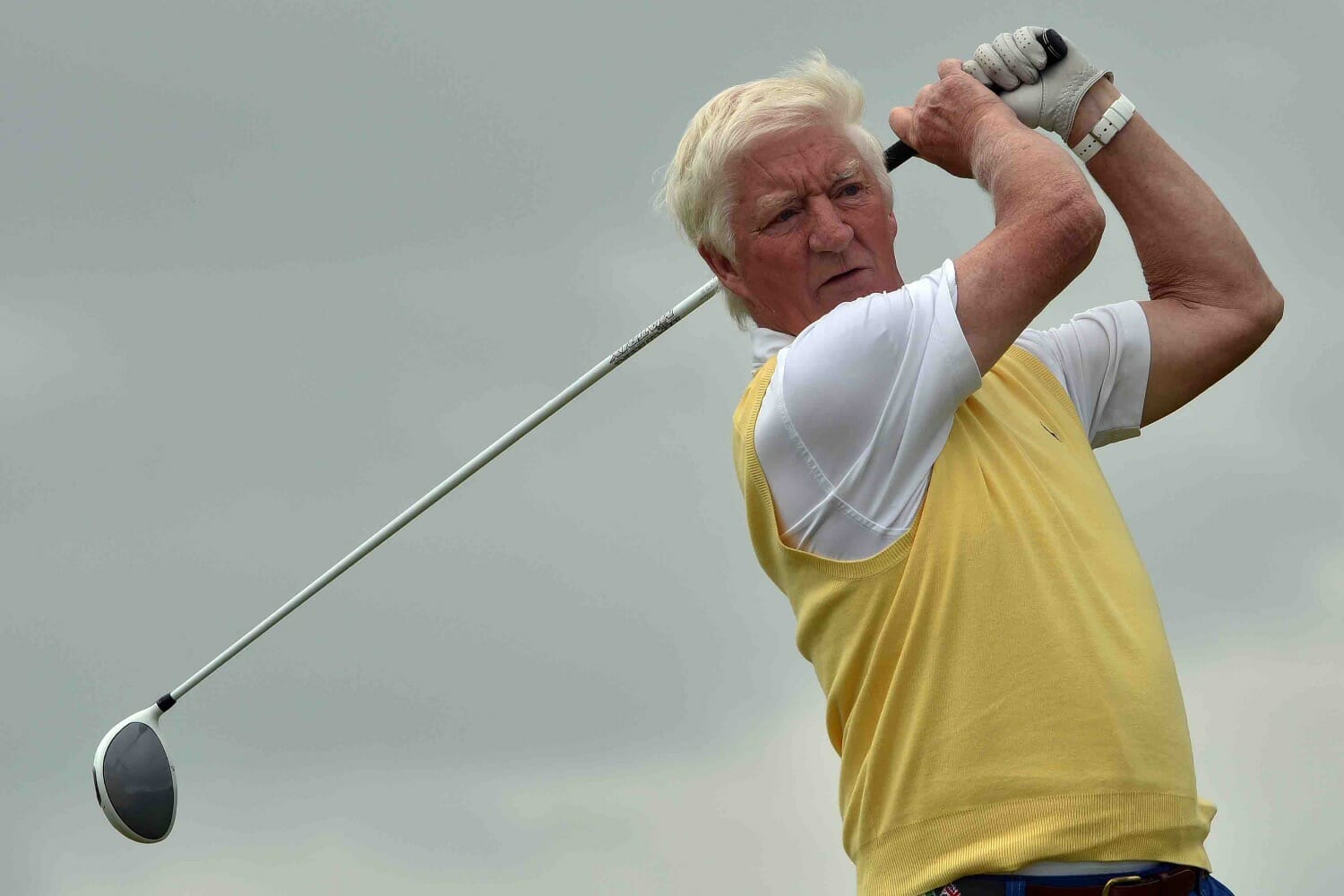 Four-time winner Maurice Kelly finds himself in familiar territory as he leads the field by two going into the final round of the Irish Seniors Close Championship at Enniscrone.

The Naas veteran signed for his second successive 71 and leads on four under from Tuam’s Alan Moran, who also posted 71 in round two. There is a further two-shot gap back to England’s Steve Graham (East Sussex Nat) and David Mulholland (Castlerock), who share third.

Former West of Ireland champion Noel McGrane produced the round of the day, carding a scintillating 66 (-7) which included a hole-in-one at the eighth. McGrane holed a six iron from 170 yards for his ace to go five under for the day and he picked up two more shots on the back nine to make a giant leap up the leaderboard.

While his round two heroics may not be sufficient to win the title following a forgettable first round of 84, he will leave Enniscrone with fond memories.

“It’s nice to know it’s still in there,” said McGrane, whose class continues to shine through at the age of 55. “I holed a few putts, that was the big difference today. I put a new grip on the putter last night.”
​
And while his putting was far from perfect – a three-putt at 11 cost him a bogey and he had to settle for par at 14 when on in two – he made it count when it mattered, holing for birdies at three, four and seven on the front nine.

If all that wasn’t enough, a precious ace followed at the 8th, not that he could see his ball disappear.

“My son Gary was caddying for me and he said, ‘It’s in.’ I said: ‘Are you sure?’ Next thing my playing partners were giving high fives,” McGrane said describing the scene.

Luck deserted him at the ninth when his chip hit the flag and stayed out. A kinder kick would have moved him to six under and he was brought back to earth at the 11th by that three-putt bogey.

He regained momentum with a two-putt birdie at 16th and then slotted home from five feet at the penultimate hole for another two, which meant his record on the par threes read: one, two, two and four for a total of three under.

A par four at the last completed his scintillating adventure through the dunes although at four over for the tournament, he is eight shots off the lead.