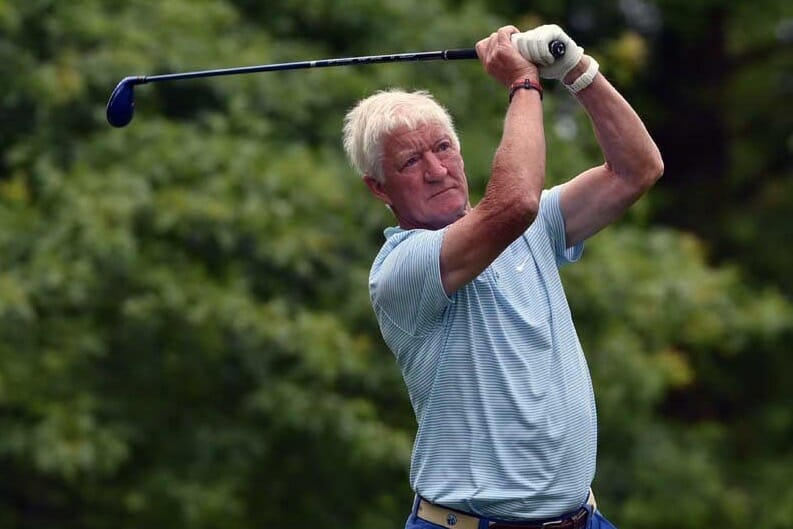 It’s day two at the Irish Seniors Close at Enniscrone today with the leaders Maurice Kelly (Naas) and David Mulholland (Castleknock), who are both on two under par, heading out around 10am.

Last time out in Malone Jim Carville (Banbridge) took the title by three shots and in the process became the fourth player to win the championship since it’s inception in 2009.  All four previous winners are contesting this year’s title with Kelly, a four time winner, joined by three-time champion Garth McGimpsey, Carville and the 2016 champion Eamonn Haugh.

The top 45 players plus ties will make the cut after today’s second round wit the current project cut being eight over par.