GB&I locked and loaded ahead of USA Curtis Cup clash 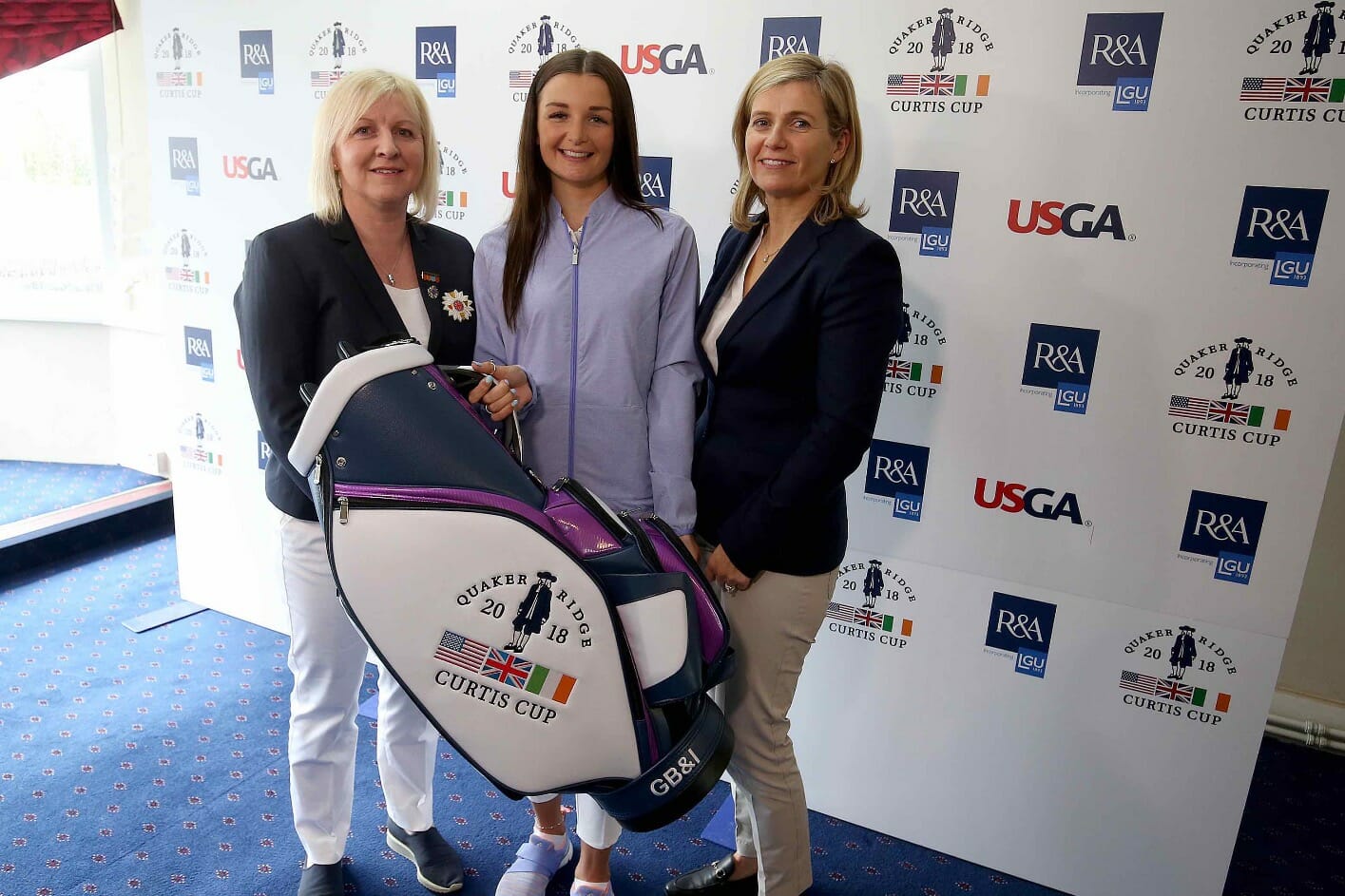 Great Britain and Ireland’s bid to successfully defend their Curtis Cup title gets underway on Friday as they compete against a formidable United States team in the 40th Match at Quaker Ridge Golf Club, in Scarsdale, N.Y. June 8-10.

GB&I will defend the historic trophy after securing an 11½-8½ win over the USA at Dun Laoghaire two years ago. An eight-player team with one alternate face the daunting challenge of toppling the USA once more, with Ireland represented by Lisburn’s Paula Grant and Banbridge’s Olivia Mehaffey, who was part of that winning line-up two years ago.

Grant will be the elder stateswoman of the field at just 24-years-old having earned her selection based on a string of solid performances this season. The 2017 Irish Women’s Close Champion is currently ranked at 68thin the world and she’ll be hoping to bestow her experience upon her young team of underdogs for the duration of the week.

Mehaffey enters this week off the back of her third Major championship appearance having missed the cut at the US Women’s Open at Shoal Creek. The 20-year-old is GB&I’s highest ranked player at number 19 in the world and she’ll be looking to draw on memories of her 2-1-1 Curtis Cup record from two years ago to inspire her teammates to victory.

Having just completed her sophomore year at Arizona State University, Mehaffey is set for a busy summer having been selected to represent the International side at next month’s Palmer Cup. However there’s no doubt that all of her focus will be on the week ahead and her mission of retaining one of the most illustrious prizes in women’s amateur golf.

England’s Alice Hewson is the only other member from that successful team of two years ago to be competing this week. The GB&I team includes 16-year-old Lily May Humphreys, who won the 2018 Helen Holm Championship at Royal Troon to add to the Girls British Open Amateur Championship and English Women’s Amateur Championship titles she won in 2017.

England’s Annabel Fuller is the youngest player in the side at just 15 years young.

To give you an idea of the size of the task at hand for our girls, by ranking, Mariel Galdiano is the weak-link of this United States juggernaut at number 23 in the world. The USA side boasts 5 of the world’s top-10 players, including world number 1, Lillia Kha-Tu Vu. The 20-year-old two-time All American has been in imperious form on the collegiate circuit this season and even managed a tie for 40thin professional company at the ANA Inspiration, one of the five women’s Major championships.

This truly is a David versus Goliath clash but then again, not many people gave GB&I much chance of victory at Dun Laoghaire either. Whatever happens, the spirit in which these matches are played in will win out in the end and the friendships forged at such an iconic contest will outlast the taste of victory or defeat.

Just like the Ryder Cup, play gets underway Friday morning with the foursomes competition before the afternoon fourballs. That schedule is repeated on Saturday ahead of the Sunday singles matches. Let’s hope it’s still all to play for as the likes of Grant and Mehaffey take on their opponents on Sunday. But whatever happens, may the best golf win.