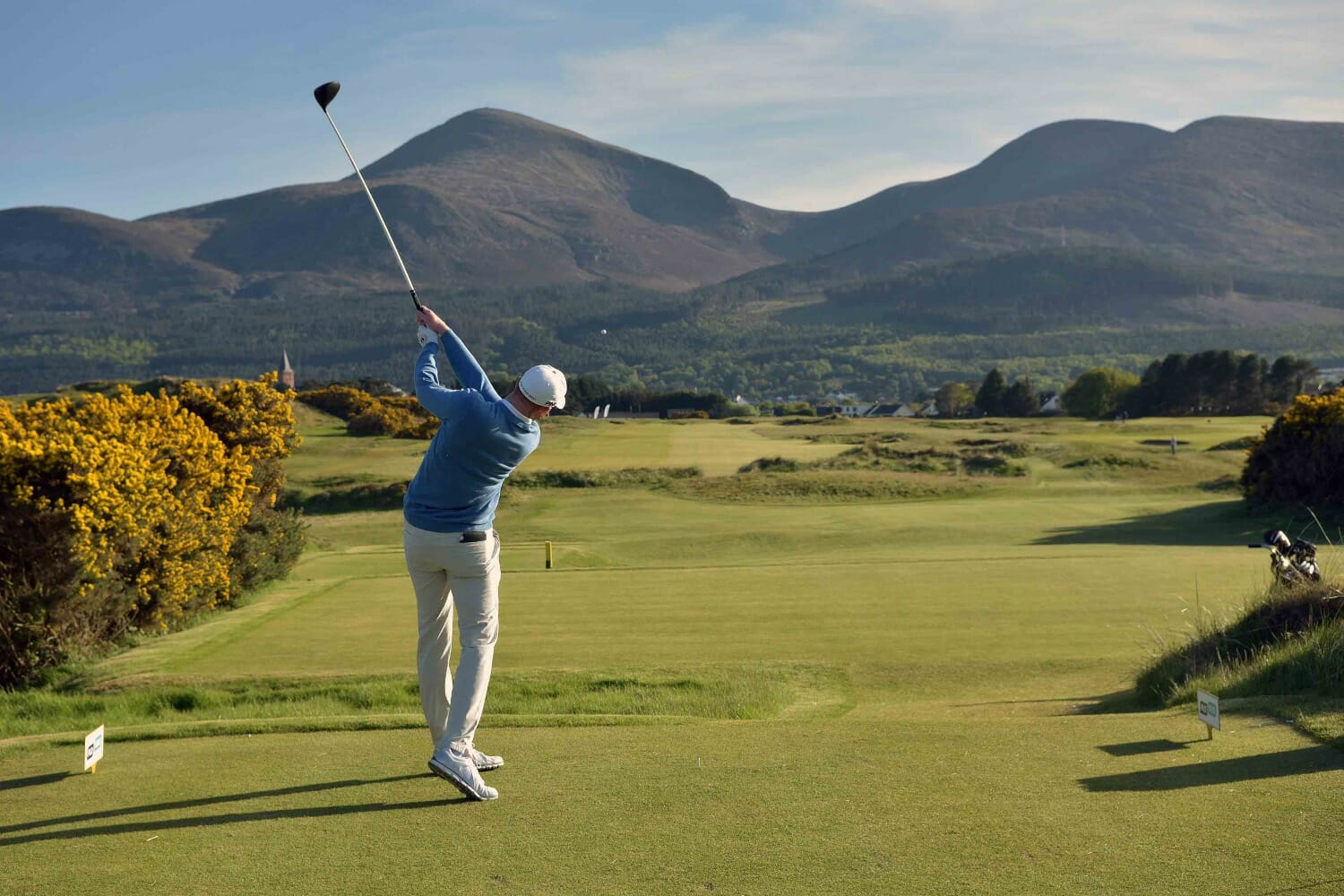 Tramore’s Robin Dawson leads the way at the Flogas Irish Amateur Open at Royal County Down after a superb opening 65 which sees him three shots clear of the field.

Conditions were as ideal as they get at RCD and it was 2013 Champion Robbie Cannon who set the early pace with a 69 to post a two under par score and set the clubhouse target.

Dawson, who was out in the afternoon pairings really took advantage of the calm conditions and notched seven birdies during the round to have a commanding lead over Ireland teammate Alex Gleeson and England’s Alex Fitzpatrick, who share second place on three under.

“I had a good strategy,” Dawson explained. “I just played it one shot at a time and it added up to 65 shots. It’s all about playing your way around here,” he added. “You don’t have to do anything flash. It’s just about placing the ball in the right positions. I putted lovely today. I got the pace of the greens and away I went.”

It was a tough day for defending champion Peter O’Keeffe who was four over par after eight holes but really dug in as he birdies his final three holes and returned a level par round of 71 having been four over after eight.

This year there are 90 overseas players from 11 countries including the world number number eight Matthew Jordan (England) and the top 50 and ties after the third round on Saturday will progress to Sunday’s final round.