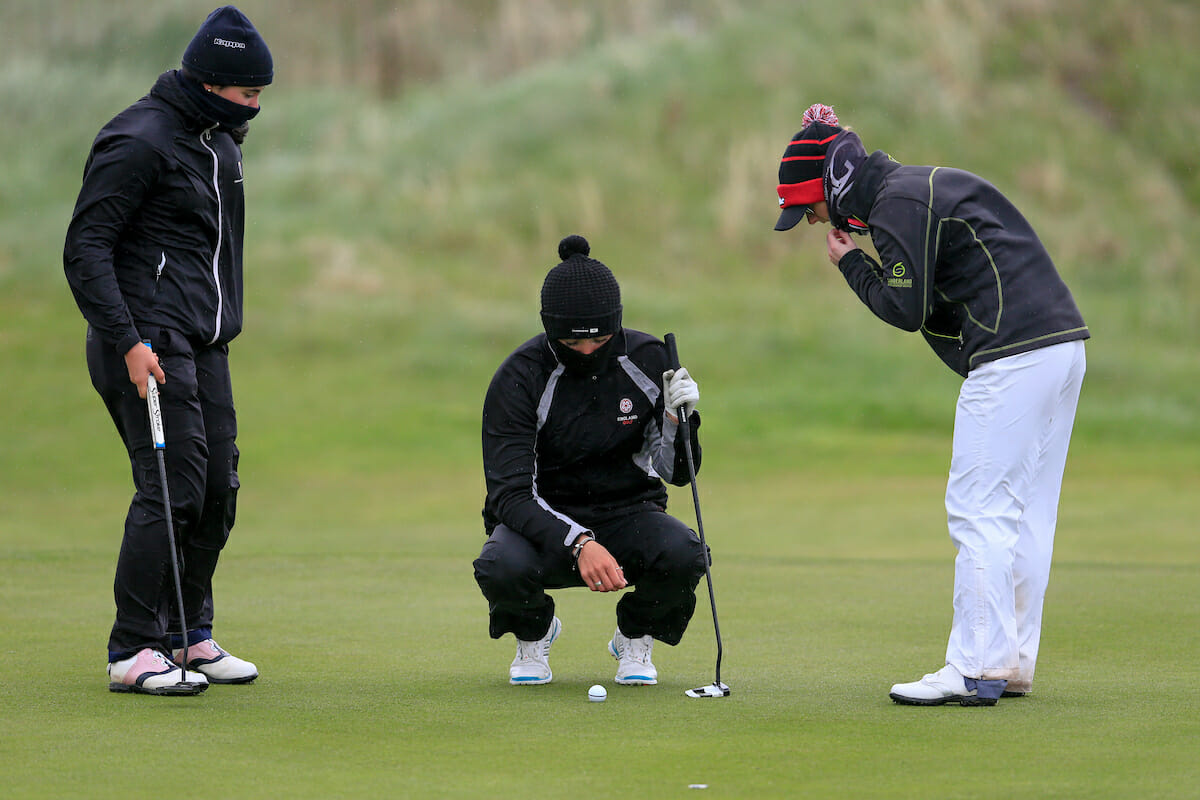 In winds that gusted up to 65 km/h at one point, it is hard to believe that level par would have left you just outside the top 20 on this day last year on the same course. “That’s links golf for you” remarked one supporter.

The Irish Women’s Open Stroke Play Championship will be held at Co. Louth for the next 4 years has honoured two legends of the game in Clarrie Reddan and Philomena Garvey. Reddan and Garvey dominated during their amateur careers, and although there was no Open Stroke Play at the time, they boast 16 Irish Close Championships and 8 GB&I Curtis Cup team appearances between them.

While Grant, who will travel later this month to represent GB&I at the Curtis Cup Matches, carded three birdies during her first round. Murray included 5 birdies and despite opening and closing with double bogies, she sits alongside Grant in pole position heading into the weekend.