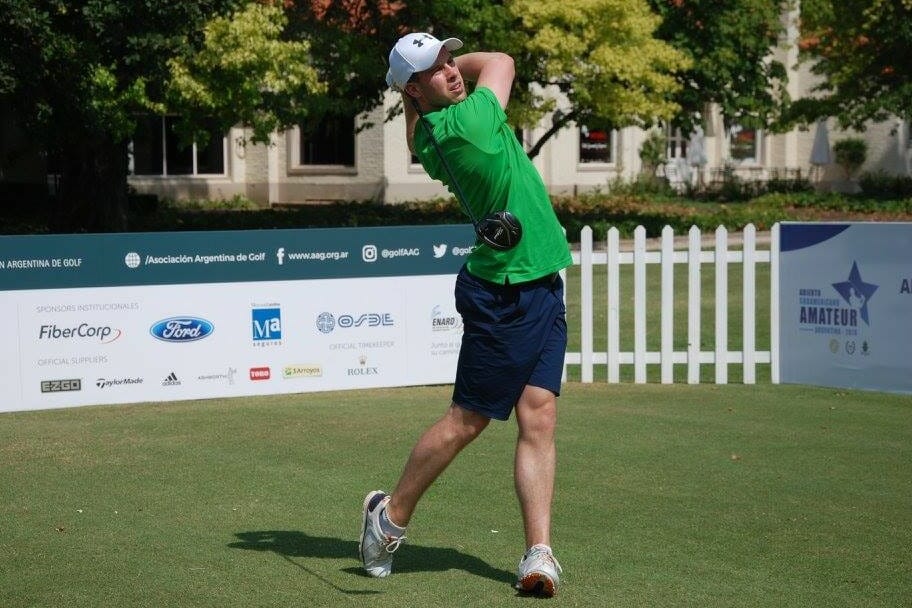 Grant had a disappointing 76 to start but a quick recovery round of level par on day two seemed to settle things for the Lisburn native. It lay the foundations for a near flawless 67 on day three, propelling her into 4th place. With just one bogey and five birdies, three of which happened in the final four holes, Grant skipped up 13 places on the leaderboard, before heading into the last round.

Wilson opened with a solid 72 to start her 2018 season before an uncharacteristic round of 80 on day two knocked the Lurgan golfer back to 39th place. A colourful recovery of 68 in round three comprised of six birdies, an eagle, a couple of doubles and one bogey, as the teenager returned to the top quarter of the leaderboard. And that’s where she remained, though a four over par 76 on the final day was only good enough for a tie for 22nd.

Dawson and Gleeson kickstarted their 2018 seasons with matching rounds of 70, placing themselves comfortably in the top quarter of the field. Dawson dropped back to tied 22nd place on the second day after a two over round of 74. The Waterford golfer bounced back with a 71 for a -1 total after 54 holes and looked determined to finish with a flourish.

He made a sprint up the leaderboard with a fast start on the final day, birdying four out of his first five holes. A steady finish to the round saw him sign for a 69, placing Dawson in tied 12th position for the tournament.

Gleeson put together three admirable rounds of 70 to place himself just outside the top three heading into round 4. Canada’s, Chris Crisologo dominated the top of the leaderboard with a -14 total after 54 holes, 7 shots clear of his nearest competitor.

Charlie Hillier and, the 2017 boys amateur champion, Pedro Lencart, both finished on totals of -7, bumping Gleeson out of the final three-ball by one shot.

Both Grant and Gleeson went into the final day in tied fourth place, the perfect position to chase a podium spot without the added pressure that the final grouping brings. With just one or two shots in the difference, Ireland had a great chance of stealing one of the top three spots in both the women’s and men’s tournaments.

Both players got off to strong starts, with Grant turning the corner on one under for the day, and Gleeson birding two out of his first four holes.

Three consecutive birdies from the 13th allowed Grant to push herself into tied second position after the 15th hole. However, Grant’s final round of 69 wasn’t enough to catch third round leader, Silvia Garces.

Garces threw it all away with an untimely double bogey on the final hole, agonisingly missing out on the title to Milagros Chaves by a mere stroke. This left Grant taking home 3rd place on a -4 total, within two shots of the winning score.

Unfortunately, Gleeson’s strong start matched with some consistent play on the back nine wasn’t enough to earn him a podium position. The Castle golfer took home 5th place in the end, with Crisologo of Canada unwavering in taking home the title with a -14 score overall. Still, what an invaluable experience for all involved.