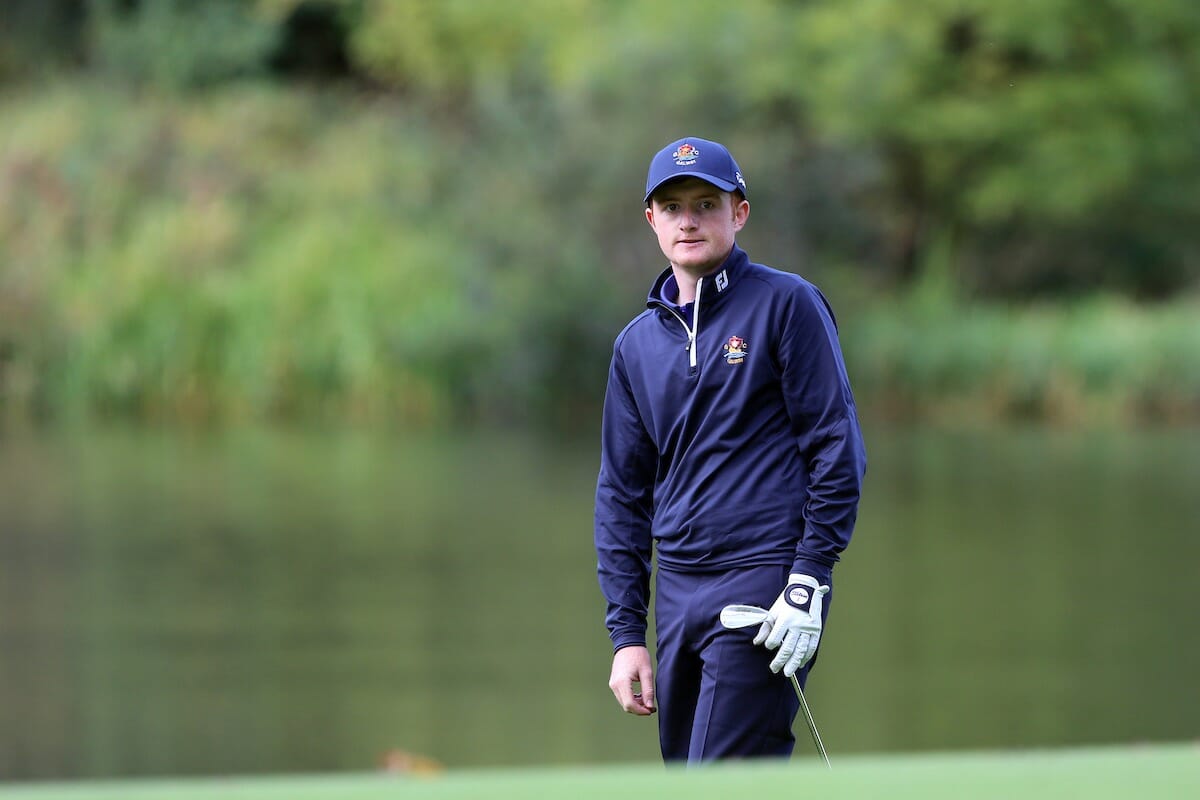 The Connacht champions put their defeat to Warrenpoint behind them by beating Royal Portrush to secure another shot at All-Ireland glory. This time Limerick stand in their way after the Munster men defeated hosts Carton House in the second semi-final.

Both clubs have scaled this peak before. Galway last won in 2009 while Limerick have to go back to 2002 for their last success. Ger Vaughan, this year’s team captain, played for Limerick in ’02 but it was his son who grabbed the headlines during their semi-final victory at Carton.

With three teenagers in the team, youth is on Galway’s side. Limerick are seasoned and will not go down without a fight. And it was their young gun, 18-year-old Ciaran Vaughan, who produced those battling qualities to book their place in the final.

After a slow start, Vaughan was two down through eight against Sean O’Connor.

“My putting wasn’t great but I kind of managed to stick in there,” said Vaughan, who made hay on the back nine and pulled level on 13.

Although he lost 14, Vaughan squared it again at the next. Then came the crucial moment of the match.

“We both went left on 16,” Vaughan explained. “He holed a very long putt and obviously got a huge reaction so there was a bit of pressure on me then to hole. Thankfully I hit a good putt and it just snuck in. That’s probably what won it. That was a massive putt. If I didn’t make it, I was going one down playing 17.”

It was a clutch moment for Vaughan, who won the Connacht Boys in 2016, and he held it together during a tense finale while the pressure took its toll on O’Connor.

“It was nerve-wracking,” said Vaughan, who pitched beautifully on 17 and 18 to keep O’Connor at bay. “Thankfully I squeaked the win.”

Things were not quite as tense for Galway teenager, Liam Nolan (17), as he took out legendary veteran Garth McGimpsey during their semi-final victory against Royal Portrush.

“I heard everything there was to hear about him, all the titles he had won,” said Nolan. “I was just happy to go out and do the business. I was very nervous last night but I was excited this morning.”

Nolan fell behind early on against McGimpsey but came to life with a birdie at the fifth. He still trailed after 10 but caught fire from there.

“I played yesterday evening and I was swinging it well,” said Nolan. “I knew I just had to get out there and go for it. I was playing against one of the all-time greats.”

Nolan won 12 in birdie to go ahead and McGimpsey lost further ground when his tee shot plunged into the hazard at 14. At 16, Nolan struck the final blow, another birdie, and with that, the match was his.

“If you’re not making birdies, you’re not going to win,” he reflected.

Luke O’Neill had put Galway on the board with a 3&2 win against Mark McMurray in the top match. When Nolan made birdie at 16, Galway edged closer to the final and their place was secure when veteran Joe Lyons edged Matt McAlpine by one hole.

Now the stage is set for an intriguing encounter in the quest for golf’s blue riband club championship.