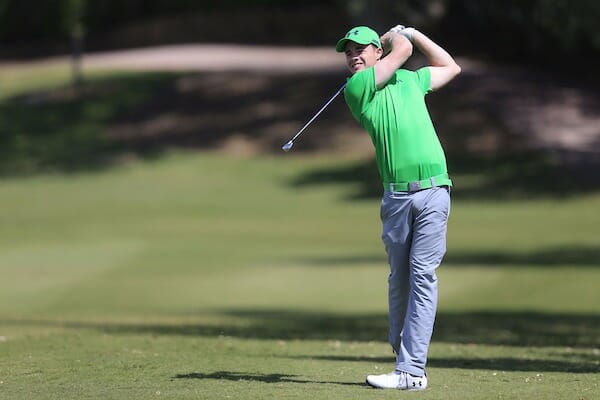 Maynooth University’s rising star Stuart Grehan shows no signs of stopping his fine run of form after winning this week’s R&A’s Foundation Scholars Tournament in Scotland. Grehan finished with a closing 72 to finish the 54-hole event at St Andrews on an impressive 207 total. That was good enough for a three shot victory over Jordan Sundborg of England and fellow Maynooth scholar, John Murphy.

On the women’s side of the draw, Ireland’s Sinead Sexton and defending champion, Chloe Ryan from UCD, shared second place on six under par. Their fantastic 54-hole effort was only bettered by England’s Emily Toy, who won the tournament on eight under par.

Top student golfers from across Europe compete in the 54-hole strokeplay event having benefitted from the support of the R&A’S individual scholarship and golf programmes throughout the year and what better test than the home of golf at St Andrews?

A total of 60 elite players battled it out (48 men and 12 women) for two impressive prizes. Not only was there World Amateur Golf Ranking points up for grabs but the Men’s winner, Stuart Grehan, will now receive a place on the European team for the Palmer Cup. For Ladies’ winner Emily Toy, she will receive a chance to play in a Ladies’ European Tour event later this year.  Well done to all involved.