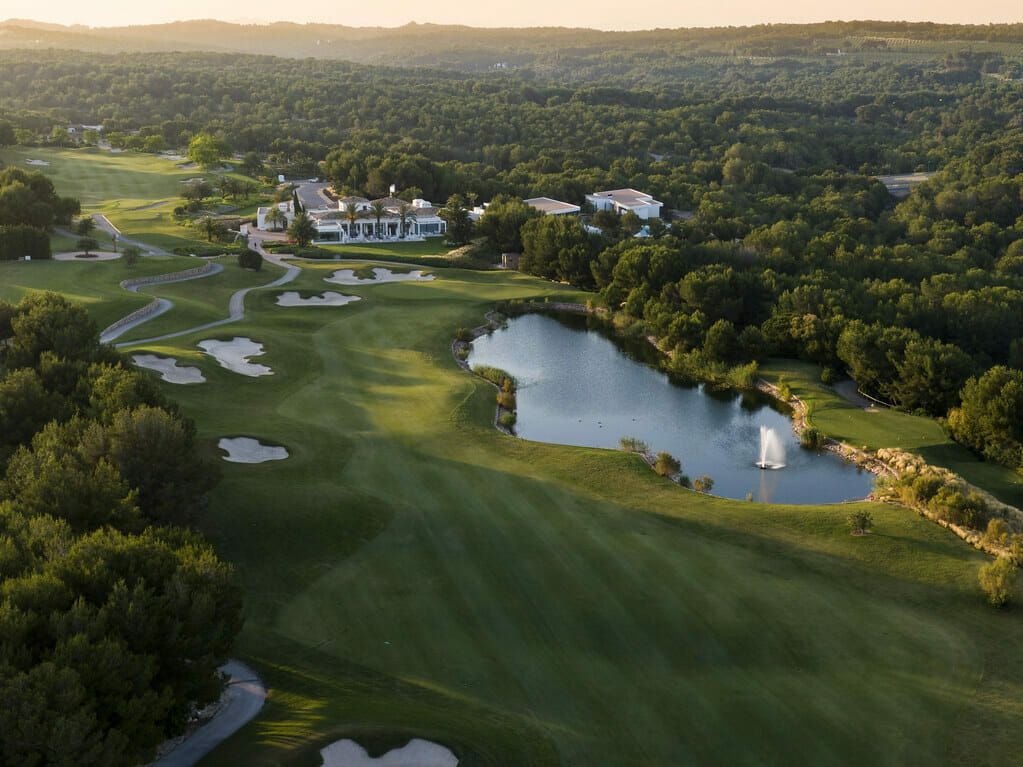 I was never keen on long lists of golf course rankings especially when they are done numerically, I prefer to rate them as follows: *Worth crossing a city to play; **Worth crossing a country to play and ***Worth crossing an ocean to play, which is exactly what I did in a few weeks ago by taking Brittany Ferries’ “Connemara” from Rosslare to Bilbao and driving my own car down through Spain for a few pre-arranged games at Las Colinas in San Miguel de Salinas, 45-mintues south of Alicante.

A comfortable sea journey was followed by an ‘easy’ 9-hour drive that saw the countryside turning from what (to me) resembled Alpine ‘Switzerland’, then, the expansive vineyards of La Rioja and finally, reaching the almost desert conditions of Almanzora where Clint Eastwood, Lee Van Cleef and Eli Wallach made The Good, the Bad, and the Ugly and A Few Dollars More movies that I can remember going to see in Sligo for a bit of ‘psyching up’ during the ‘kill or be killed’ match play rounds of the West of Ireland Golf Championship at Rosses Point in the mid-1960s.

That Spain is a fascinating country of infinite variety was confirmed beyond all doubt on the return journey (taking a different route) through Murcia, Albacete, Madrid, Burgos and Bilbao. The last leg (200kms) featured stunning large scale scenery of empty, rolling plains as far as the eye could see, natural parks, sierras, mountains and forests on a grand scale. The sea journey takes 29 boring hours each way and I liked it that way because the notorious Bay of Biscay was on its best behaviour.

Having made a big name for itself as one of Spain’s most sought-after golf, residential and real estate destinations, Las Colinas Golf & Country Club, celebrating its 10th birthday this month nestles in a spectacular, high-sided, 330-hectare valley that features the most dramatic of entrance driveways and overlooks the glistening Mar Menor.

10-years ago, Cabell Robinson’s American style design achieved a rare feat in golf course building – finality – something that George Thomas would have appreciated when he wrote: Thoroughly to enjoy golf one should understand and appreciate something of the theory and strategy of the course. It was not built hit or miss, but constructed from principles constructed as axioms after years of trial, as suited to each particular problem. At the same time, Las Colinas was earning the status of host to Stage 2 of the European Tour Qualifying School as well as winning ‘Spain’s Best Golf Course’ title at the World Golf Awards four times.

Similar to golf course managements all over Spain, the club is now firmly adjusting its focus to allow the golf course to mature at its own pace, while working in association with National Golf Environment Organisations and gathering the certificates to prove it.

Sustainability into the future from an ecological sense has become a byword in golf course management in Spain. There is a major push for a greener golf worldwide which means minimalist interventions to conserve water, reducing emissions and chemical usage, as well as creating thriving habitats for the wildlife that live on golf courses. Doing this effectively requires restraint, careful planning and wise management. It isn’t all philantropic. Survival is a big part of this attitude too.

Las Colinas’s first three holes are so difficult that if you can manage two pars on them – you will know you are in for a good day. More often, I do not manage one! After that baptism of frustration, the course offers sporting chances of making pars and birdies until the finishing stretch rachets up the stakes and tension once again. My favourite holes are the four par fives. Each quite different with the emphasis on finding the position of maximum opportunity with one’s layup; being out of position could mean scoring a high number instead of earning a birdie chance.

I can’t reconcile the slope rating of 135 off the yellow tees although the scores returned by the aspiring tour school pros gives a hint that going very low is achievable. The green fee tariff is flexible (between €55 and €125) depending on demand. The advice is to contact reservations to see what offers are available from day to day. You may get a good deal and also shock yourself by parring the testing first three holes.