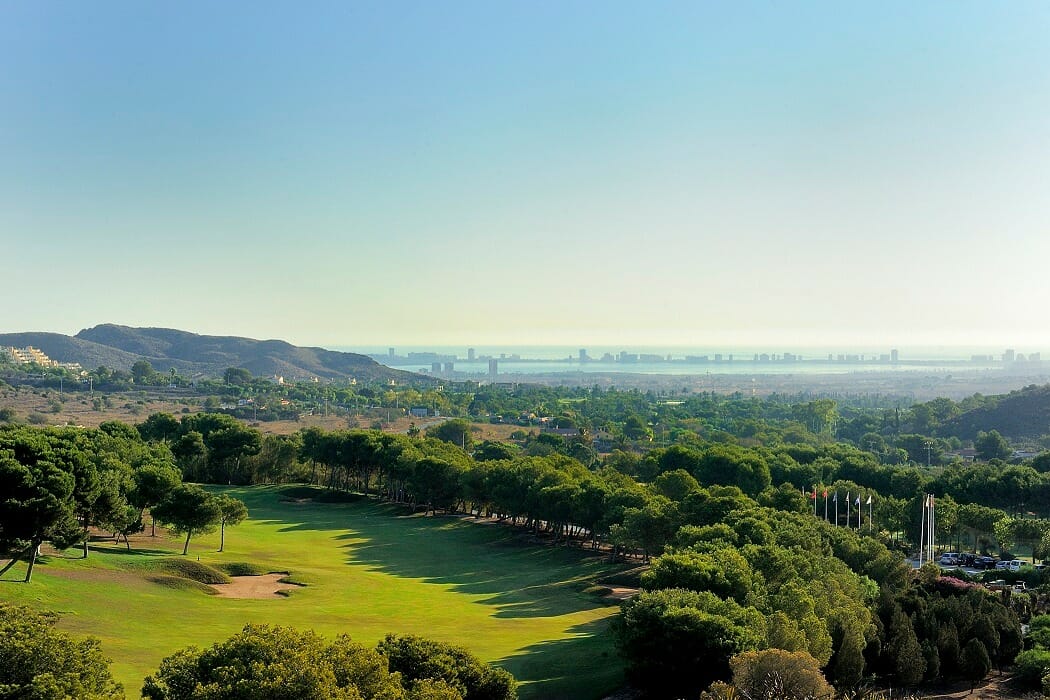 With a wide range of offerings for golf and accommodation, La Manga Club should be one for your radar in 2017

For many of us, a golf holiday conjures up images of endless coach transfers to unpronounceable golf courses only to play rubbish golf when we eventually get there!  Well now is the time to exorcise those golf holiday demons and get yourself to La Manga Club.

La Manga Club is located in Murcia, a mere three hour flight from Dublin plus a short 20 minute taxi from the airport, and one of the things that’s so special about the region is that it has remained mostly immune from the modern day developments that can be easily seen in the neighbouring regions.  Don’t get me wrong, the La Manga Club itself is huge, it covers more than 1400 acres and has over 2300 residents but the outlying region itself remains relatively under developed so there is a definite holiday vibe rather than that of a sprawling metropolis.

In Spanish the words ‘La Manga’ literally translate to ‘The sleeve’ and if you can imagine that the resort of La Manga is ‘the sleeve’ of land which separates the Mar Menor from the Mediterranean Sea you’ll get some idea of the layout and sheer size of the place.

La Manga Club opened its doors in 1972 and as it stands today includes a five-star hotel, a four-star aparthotel, three golf courses, a tennis centre with 28 courts, 8 football pitches, a new fully equipped golf learning centre, a 2000m2 spa and leisure centre as well as a host of restaurants, bars and other self-catering accommodation options.  It is on the radar for country’s and clubs elite training camps for golf, football and tennis which isn’t surprising when you consider that the venue hosted the Davis Cup in 1991, the Fed Cup in 1995 and five Spanish Open Golf Tournaments. 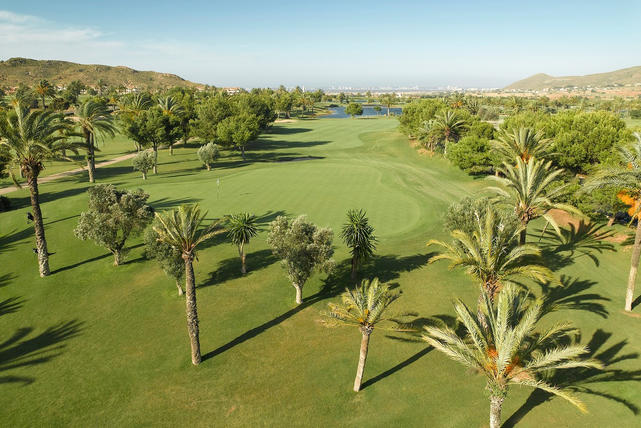 So why is this destination so special for golf? Let’s start with the golf courses, each one different in so many ways.  The first one to look at is the West Course which was designed by Dave Thomas and could be argued is the most difficult of the courses at La Manga Club.  It is set among the barrancas, which for the uninitiated are essentially deep storm or drain gulleys, and the designer has made use of them as hazards and routed the course around them.  It may sound a little odd but the reality is somewhat amazing as the variety of shots required, the constant need for thinking about every single shot and the difference positioning can make to green approaches is staggering. They have done an absolutely superb job in routing this course and when you consider that nowadays we are used to standing on a tee and automatically pulling driver from the bag, you’ll be heading back to the bag fairly quickly for another club if you try that here.

As well as a wonderful routing the West Course offers up significant elevation changes with raised greens, sloping fairways and probably one of the most beautiful views you will get on an 18th tee as you play to the fairway 100 metres below. It’s a shot-makers course for sure but if you play smart golf you can score well and enjoy looking into (rather than hitting out of) the barrancas.
The South Course was designed by Robert Putman and changed by Arnold Palmer in 1992 but has undergone significant refurbishment since then.  It’s long (6500 metres from the white tees) and can provide a stern test for players of all handicaps.  It’s much more straightforward than the West Course in that there aren’t as many hidden dangers to avoid, although water comes into play on 15 holes so it’s by no means featureless.  It’s also not as penal as the West and wayward shots can be found and played (mostly) from among the palm trees that line the fairways.

The North Course is probably the best known of the three and is arguably the best of the lot. It combines a strategic routing including barrancas, palm trees, well placed bunkers and as it’s the shortest of the three (5623 metres from the white tees) you have the feeling that you can take it on as it doesn’t appear overwhelming in difficulty. That will be your downfall here however as while it looks pretty straightforward it is anything but.  The designer has utilised elevation changes, tiered greens and the landscape hazards to make this course almost an amalgamation of the other two so you’ll need to think on every shot, not always take driver from the tee and plot your way around.
But golf at La Manga Club isn’t limited to the courses, if you’ve had difficulty on the course La Manga Club has the answer for that too.  They have a new golf Training Centre under the guidance of Swede, Thomas Johansson, which includes a driving range, chipping and putting greens and they can offer personal or group lessons including full analysis with the latest Trackman.  It’s definitely worth a visit.

For a short break La Manga Club is ideal as the three courses are on your doorstep (it’s a 5-minute shuttle to the West but the others are right outside the hotel) so there are no long tiresome commutes. The hotel itself is splendid, luxurious bedrooms, an excellent restaurant and the bar comes alive after midnight. But there are also a host of other restaurants at the resort catering for everything from Asian to Italian and there are sports bars, Irish bars and café’s all easily accessible with the hotels shuttle service. You also have a wide choice in terms of accommodation as you can choose to stay at the hotel or go for one of the many houses at the resort where you can relax with the family after golf.

There is also the Spa at La Manga Club which is again only a short shuttle away (5 minutes) and it includes a fitness centre – complete with signed football shirts from some of the many teams that have used the facilities, indoor swimming pool, whirlpool baths, steamrooms, saunas and there are a wide range of spa treatments available too so you’ll be well pampered apres golf.

All in all, La Manga Club has everything you could wish for.  Whether you are looking to stay active on your break or get away from it all to relax and unwind, you can do it all here.  If you want upmarket dining experiences or more casual ones, they’ve got that too and if you prefer refined wines or sports bars, they’ve got you covered. So whether you’re going for a romantic break, a family holiday or a group golf trip take a look at La Manga Club, you won’t be disappointed.

Additional Information
Gary Player was La Manga Clubs first Director of golf and was also the touring professional at the resort from 1973- 1977
There is a Par-47 Pitch & Putt course on site designed by Seve Ballesteros and Seve carried the La Manga Club logo on his bag from 1980-1985 as he was the touring professional for the resort during that time.
There are more than 3000 Palm trees on the resort which were imported from Egypt in the 70’s as part of the course design.
The football facilities have been used by teams such as Barcelona, Liverpool (February 2017), Ajax, Bayern Munich and Borussia Dortmund.