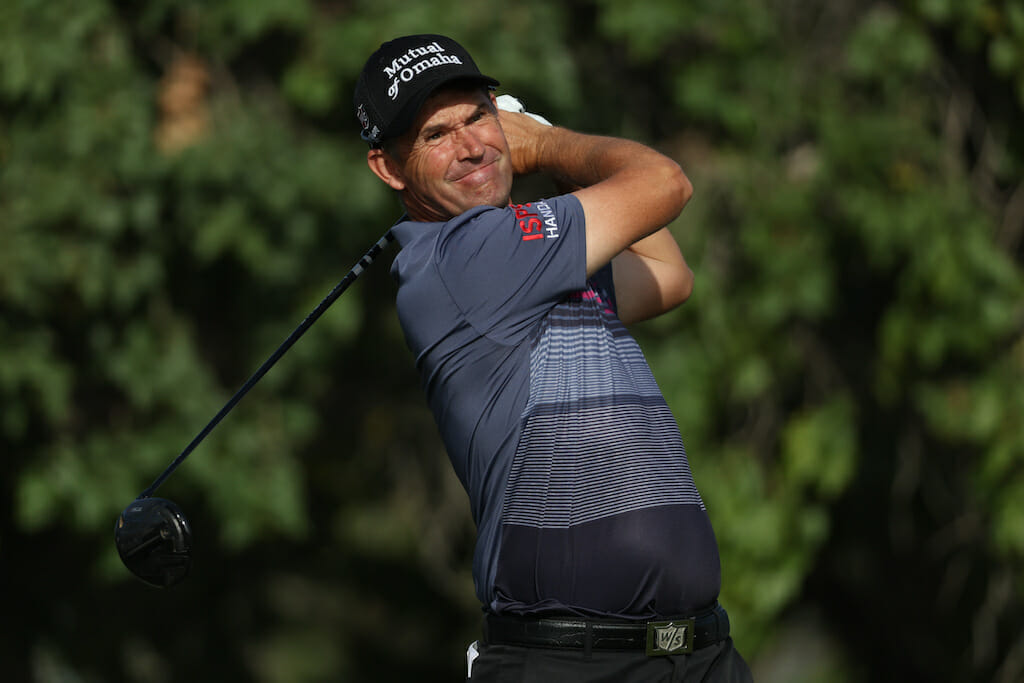 Pádraig Harrington has come out fighting for golf, believing that the wider sport is suffering the actions of a minority of players in recent weeks.

As the fallout from the Saudi-backed LIV Golf series rumbles on, Harrington has been disappointed by what he’s seen and heard as it relates to the wider golfing ecosystem, believing that golfers in general are being tarred by the same brush as the money hungry LIV Golf defectors.

“I’d worry what the fallout is for golf,” Harrington told the Irishman Abroad podcast with Jarlath Regan. “It’s amazing when you’re sitting here, watching and listening to all this stuff.

“It’s one of those things in life, golf, that you’re allowed bash. It’s golfers who seem to be getting the grief at the moment – all golfers, all of golf.

“It’s the image, they make a joke (about it) – I’ve seen journalists involved in golf retweeting stuff and, like, it’s anti-golf when it’s a tiny few golfers who have gone there (to LIV).

Brooks Koepka was the latest high-profile name to make the mega-money jump to LIV despite going on the record in recent weeks to suggest that those leaving were ‘selling out’.

And although golf’s ongoing financial warfare is hardly a great look given the rich waters that professional players have been swimming in for many years now, Harrington believes his sport is an easy target, picking out the wrongly labelled ‘Golfgate’ scandal as a prime example of how golf can get dragged through the mud regardless of culpability.

“I don’t want golf and golfers to get a bad rap, a bad image,” Harrington said.

“Like we know in Ireland, how about Golfgate? It was a hotel – it happened in a hotel! It had a vagueness to do with golf, but let’s bash golf.

“Golf has been great for Ireland. The people who play golf…you do need to be rich to play golf: rich in time.  That’s all you need to play golf and yes, there is a bias over the years that the person who had time was thought to be the banker, the stockbroker, that type of person.

“But the reality is if you go to a golf club, it’s taxi drivers, it’s barmen, it’s anybody on shift work. It’s saved the lives of so many people who work odd hours and have time in the day, to stop them going off the rails their attention is put to golf.”

Is golf being unfairly criticised for taking investment from Saudi Arabia? I asked @padraig_h about this, The Ryder Cup & why “funky swingers” are more likely to do well in the pros. #IrishmanAbroad #OutNow #LinkInBio #PGATour #EuropeanTour #Golf #LIVgolf #Podcast pic.twitter.com/MnX7s7bXvL

For the record, Harrington says he was never invited to compete on the Saudi-backed circuit, and he admits there was a sense of relief in that.

“Put it like this, it would be tough in five or six years’ time if I’m sitting there feeling like I’ve left 50 million on the table,” he said.

Harrington is in action this week at the U.S. Senior Open.