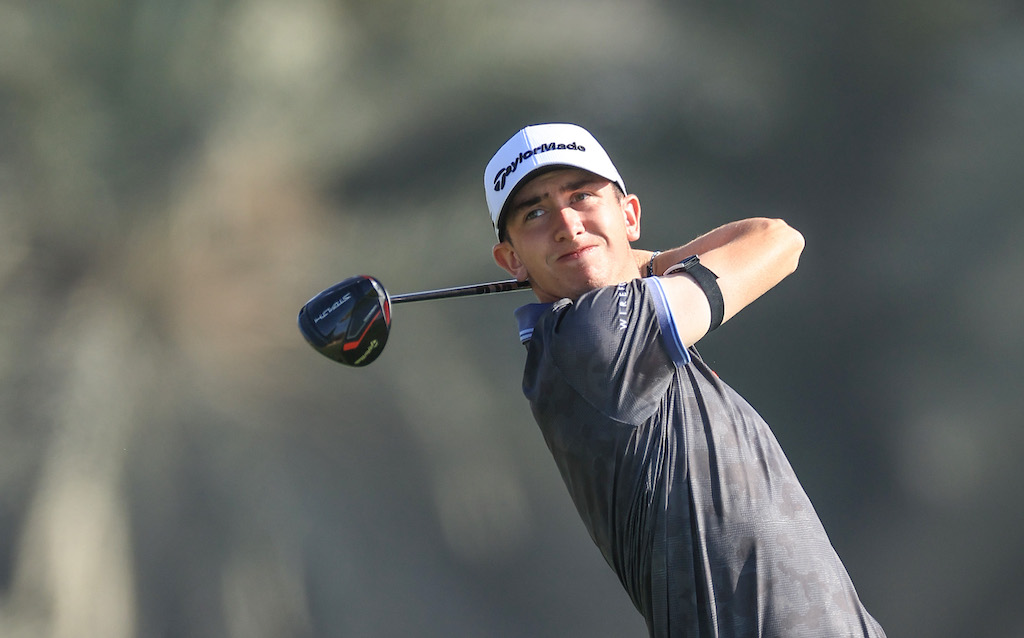 Windy conditions in Brno saw all four of the Irish contingent on the Challenge Tour struggle badly in the final round of the Kaskáda Golf Challenge as they all fell out of the top-50 in the Czech Republic.

Teenager Tom McKibbin was the best of the quartet, although it said a lot about how tough they found it that the Galgorm man was only able to card a round of a double-bogey, two bogeys and a birdie for a three-over 74 to finish tied-51st at one-over-par.

The Royal Dublin man would end the week at five-over and in a share of 63rd alongside Mallow’s James Sugrue, who had the most disappointing day of all as, having started at two-under, would drop six shots in two holes thanks to a double-bogey at the par-four fourth and then a quadruple-bogey eight at the par-four fifth.

The Amateur champion would go on to card a further three bogeys and two birdies on his way to a seven-over 78 to finish his tournament equal with Kearney.

At the top, Denmark’s Martin Simonsen produced an impressive bogey-free four-under 67 in his final round to complete a wire-to-win at Kaskáda Golf Resort, the 30-year-old claiming his maiden Challenge Tour title by a four-stroke margin.

Simonsen, who held at least a share of the lead after every round, posted just four birdies on the final day but that was more than enough to hold off England’s Marco Penge, whose solid 68 saw him easily wrap up second place at 16-under-par, with Sweden’s Jens Dantorp a fair bit adrift in third at 13-under after a 68 of his own.

“I feel great. It was a tough day out there so I’m very pleased to be done with it, but it was a lot of fun,” said Simonsen, who follows Nicolai Kristensen as the second Dane to win in the Czech Republic on the Challenge Tour this season.

“It means a lot. I’ve had a couple of chances in the last few weeks and I was quite disappointed in the last Czech event that I finished off poorly. I think that helped me today, so I’m really pleased.

“It’s tough not to think about the leaderboard and look a little bit, but I wasn’t sure what the lead was. I could see the guys I was playing with that I was a few ahead but I was just trying to hit one shot at a time. It sounds silly but that’s just what I was trying to do because five shots can go in a second out here, so I was trying to stay patient.

“I’m going to go and play with the kids, I’m really looking forward to that. Then I have a wine night with the boys on Saturday, so it’ll probably involve a little bit better wine now.”