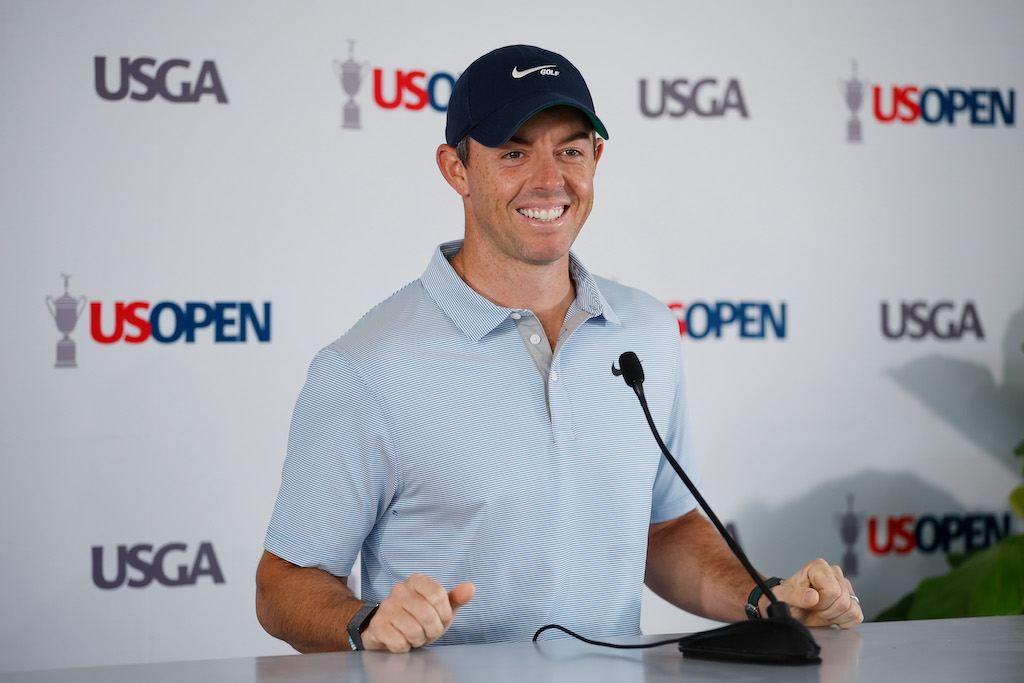 Rory McIlroy says he’s taken up a mantle of leadership for the PGA Tour against the LIV Golf movement so the work of his predecessors like Jack Nicklaus and Arnold Palmer wasn’t all for nothing.

Speaking ahead of this week’s U.S. Open at Brookline, McIlroy, who has been consistently critical of the Saudi-backed breakaway circuit since its conception, said he felt compelled to protect the legacy of the PGA Tour as a number of its members continue to flee its ranks for massive paydays elsewhere.

“In my opinion it’s the right thing to do,” said McIlroy. “The PGA Tour was created by people and tour players that came before us, the likes of Jack Nicklaus, Arnold Palmer.

“They created something and worked hard for something, and I’d hate to see all the players that came before us and all the hard work that they’ve put in just come out to be nothing.”

Many have pointed to LIV’s attempted takeover of golf and drawn parallels to how the PGA Tour has pillaged the talent pool of the European Tour in the past. Asked if he could understand the similarities between the two, McIlroy said;

“You’ve got three of the four major championships that are in the United States. The travel gets increasingly more difficult going back and forth. To give yourself the best chance to further your career in terms of wins and legacy and trying to win major championships, America was the place to be.”

The 33-year old was quick to point out one key difference though:

“I don’t think it was all to do with prize money. It certainly wasn’t guaranteed. You had to show up and play well to earn it. That’s the other thing, right?”

As things stand, the best players in the world have shared McIlroy’s view; the top-10 on the rankings staying put as those past their prime seek richer pastures at the expense of their reputations. That’s not the case with all of Greg Norman’s new recruits, however, and McIlroy questioned the ambition of those his age and younger taking the easy payday when they still have so much to play for.

“A lot of these guys are in their late 40s. In Phil’s case, early 50s,” he said. “Yeah, I think everyone in this room and they would say to you themselves that their best days are behind them.

“That’s why I don’t understand for the guys that are a similar age to me going because I would like to believe that my best days are still ahead of me, and I think theirs are too. So that’s where it feels like you’re taking the easy way out.”

McIlroy hasn’t been shy about voicing his concerns about LIV Golf and the direction the game is headed but last week in Canada he let his clubs do the talking. The final group of McIlroy, Justin Thomas and Tony Finau was the dream outcome for Commissioner Jay Monahan after a week of turmoil saw LIV launch in London. For his part though, McIlroy insists that no extra motivation was needed to deliver a performance that meant so much to the PGA Tour.

“I don’t think it gave me motivation,” he said after signing for a final round 62 and a 19-under winning tally.

“Look, I talked about going out there on Sunday and trying to get my 21st win and all that [One more than Greg Norman]. A little bit petty, I guess, in a way, but yeah.

“Did it help me win or help me keep a level of intensity up? Probably. But, I don’t think what was happening in London gave me any more motivation. I wanted to go there and play well, like I do every week. I got hot on the weekend, and it was nice to get a victory.”

McIlroy arrives in Boston not just in winning form but off the back of successive top-10’s at the Masters and the US PGA Championship. Without a Major title since 2014, McIlroy has discovered remarkable consistency and although the new world number 3 will ultimately be judged on Major wins, he feels he’s edging ever closer to capturing one of men’s golf’s big four titles.

“I think the start of my career was probably more feast-or-famine in the majors,” he explained.

“I would get hot and win or I would miss the cut by 10. (Laughing.) A little more consistency going on. But, again, that doesn’t bring with it the glory that the wins do. I’m getting back there, though.

“I think my game is now at place where I feel confident going to these golf courses that are set up more difficult than everyday tour events and knowing that I have the game and the mentality to succeed on them.”

McIlroy plays alongside Hideki Matsuyama and Xander Schauffele for the first two rounds at The Country Club from Thursday.