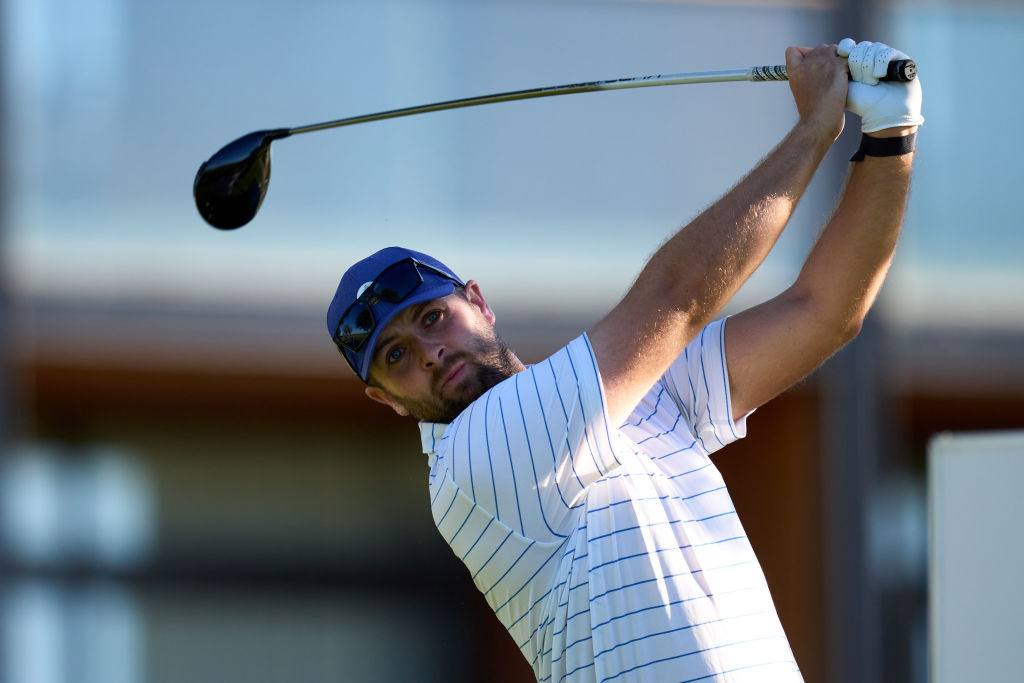 Ruaidhri McGee continued an incredible comeback at the Empordà Challenge as he fired a four-under 66 in his third round to move into the top-10 in Girona, Spain.

McGee started his tournament with a six-over 76 and it looked like he wasn’t even going to make the cut, but a course record 62 on Friday and now a 66 on Saturday has him at six-under-par for the tournament and just five shots off Jens Dantorp’s lead.

The 31-year-old looked like he was well on his way to another incredible round as he opened with four birdies in his first five holes – as he did in round two – but back-to-back bogeys to finish his front nine shattered his momentum.

He would regain it with three back nine birdies at the 11th, 12th and 16th, but a closing bogey at the par-four 18th at Empordà Golf dropped McGee back to six-under, but he is still in an excellent position in a share of seventh, which he would certainly have taken when signing his card on Thursday afternoon.

Meanwhile, Dantorp looks like he could be on his way to a second win in Spain in four weeks as he carded a three-under 67 in his third round to move up to 11-under-par, which has him one shot clear of Scotland’s Liam Johnston in what looks to be a two-horse race for the title.

A six-under 64 from Johnston has him at 10-under-par, which is three shots clear of Daniel Brown, Gary Stal, Lorenzo Scalise and Robin Petersson, who are tied for third at seven-under-par.

Dantorp, who equalled McGee’s course record in his second round, needed some luck on his way in as he saved par having hit a wild drive on the 17th and then bogeyed the 18th after putting his ball in the hazard, but he insists he won’t change his approach on Sunday.

“I feel like I maybe attacked a little bit too hard on the back nine at some points today, but you have to play aggressive to win, so I’ll stick to that,” said the Swede, a three-time winner on the Challenge Tour.

“You know you can do it, so it gives you a bit of confidence. It means I can go out and focus on the right things because I know I can do it. You can never affect what the other guys are doing, so you just have to focus on your own thing and hopefully it will be good enough for tomorrow.”

Kinsale’s John Murphy is only a shot further back of McGee as just two birdies and one bogey in a solid third round of 69 has left him just outside the top-10 at five-under-par.