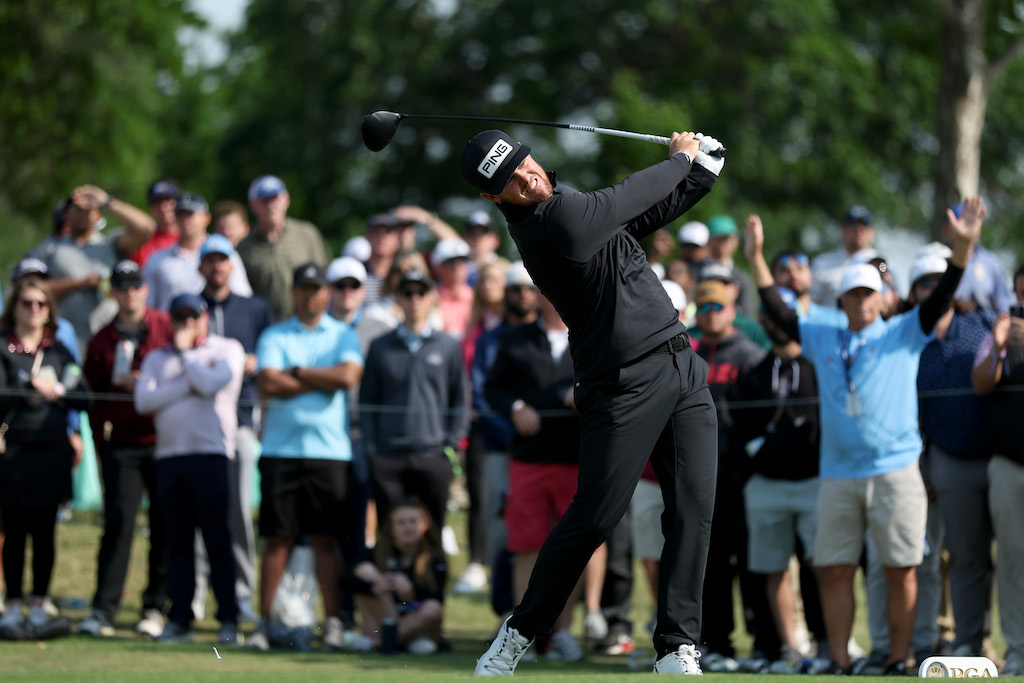 Mutt and Jeff met for a coffee on the morning after the long night before watching the PGA Championship on TV. Their conversation won’t please everybody!

Mutt: I could not stay awake any longer last night, so I recorded the final nine holes of the PGA. Even though I knew the result I could not believe what I saw, or that Justin Thomas had won. How could top players make so many course-management errors when there is so much at stake?

Jeff: I watched every bit of it until the bitter end. I’m still gobsmacked. At least a dozen players are looking in the mirror this morning and asking themselves some serious questions.

Mutt: Some of the caddies are too, but not Bones Mackay! What a masterstroke by Team Thomas to get him to hand in his microphone and return to caddying?

Jeff: Bones is no fool. Thomas is one golf’s great under-achievers who was trending with the most top-10s on the PGA Tour this season. His win was a validation for having the soundest swing fundamentals on Tour. He is the poster boy for the PGA Coaching Manual and may have been the only player who looked as if he was playing within himself (most of the time) 16 GIRs in the worst of the wind during round 2 was worthy of the win but, of course, he still had to go through another 39-holes of ‘fretting’ before they gave him the trophy.

Mutt: Golf is a hard game and winning a major on a course like Southern Hills is about as hard as it gets. According to the formidable braintrust of Chamblee and McGinley on Sky before the final round began, Matthew Fitzpatrick (he must have an Irish grandfather) is statistically (data-wise) the best golfer in the world at present when his ‘points gained’ in each department of playing the game are added. Unfortunately, golf isn’t played by data and it’s what you can’t see and can’t measure that separates winners from the also rans. Luck is part of it. Mood is part of it. What comes and goes between one’s ears during all of that down time between shots is part of it. Nobody can control what comes into his head and it certainly isn’t measurable by data.

Jeff: I couldn’t understand McGinley’s gushing admiration of Pereira’s swing. It appeared to me to be on the edge of collapse all the way through the final nine holes until it finally did ‘go rogue’ on the 72nd tee.

Mutt: Why, oh why, does every pro and scratch amateur these days want 180mph of ball speed? Swinging at maximum speed is risky and gets one into trouble more often than playing within oneself.

Jeff: They are being bamboozled by science and data whose value (in golf) is overrated. Every player in the PGA Championship was plenty long enough to play the golf course. Why not concentrate on staying on the fairway, hitting greens, and putting well?

Mutt: Sounds simple and old-fashioned but it will work if anybody has the discipline to try it. The bigger the championship, the more severe are the punishments for errors of judgement. Playing within oneself reduces the risks. Majors are nearly always lost and rarely won apart from whomever goes home with the trophy knowing deep down that he ‘stole’ it. As for those who might feel ‘robbed’ – there’s nobody to blame but themselves.