The Redzone versus The Deadzone 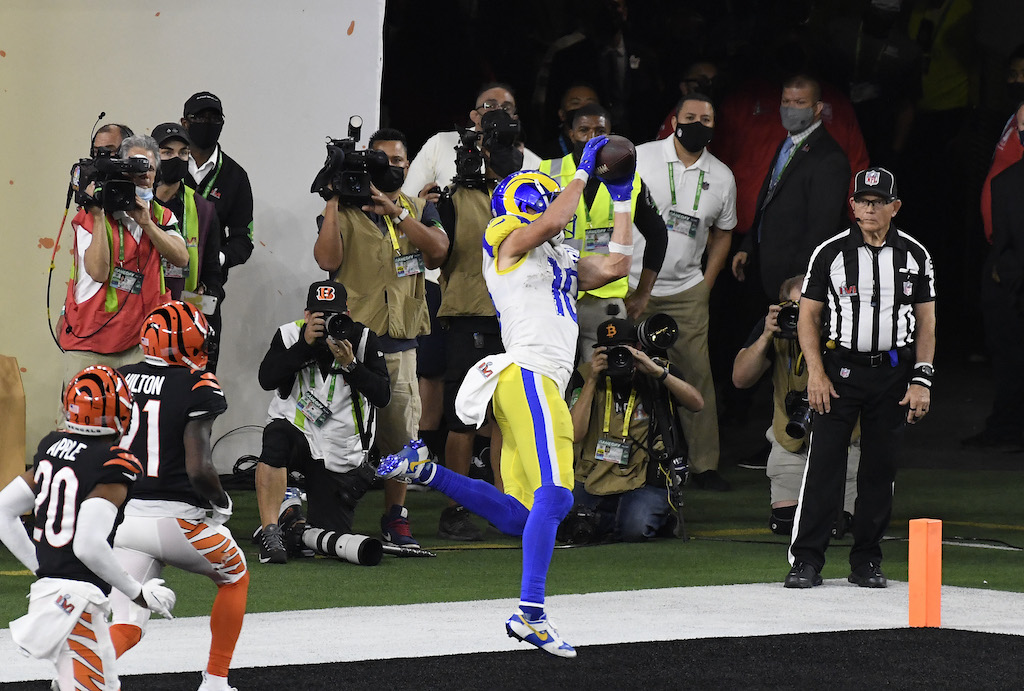 I began watching American Football in the mid-90s and I was immediately smitten. Big, brash and boisterous, the entire spectacle was American to the core and I loved it.

As a 12-year-old boy, I also loved the cheerleaders, but that’s a story for another day. The main problem was that I only understood the basic concept of the game, and unable to decipher most of the rules, I watched with considerably greater interest than comprehension.

It wasn’t until I bought a copy of EA Sports’ “Madden ’98” video game that I began to appreciate the nuanced play calls, the specific and diverse roles within a team, and just exactly why the referees keep throwing those yellow flags in the air… And they say that gaming isn’t educational!

Well, the guts of a quarter of a century have passed and my love for the gridiron has never waned. Most Sunday evenings from September through February I can be found in front of the television, glued to the rough and tumble, as the game’s elite battle it out in the ultimate hope of Superbowl glory. Each week there are 16 games – 13 of which take place on Sunday evening split between two kick-off times – with just five being offered with full live coverage, and until recently, these five were more than enough.

But recently, I’ve taken to watching Sky Sports NFL Redzone coverage during the multi-game windows and it has revolutionised the sport. For those unfamiliar, on a Sunday evening there can be as many as seven games being played simultaneously all over the United States. The Redzone (an American Football colloquialism for the 20 yards closest to the goal line) coverage will jump between all seven matches, ensuring that fans get to see all the important passages of play. Oh, and it’s commercial free – words I never thought I’d write in relation to modern media.

I know what you’re thinking. What has this to do with golf? Well, it just so happens that the NFL and the PGA Tour are often competing for the same market, but in all honesty, they are not even in the same market. Just twice in the past 25 years has a golf broadcast even come close to rivalling the average 2021 NFL broadcast in terms of ratings and those were the ’97 and ’01 Masters where a certain prodigy from California was announcing himself on the biggest stage, and then wrapping up the Tiger Slam four years later.

As the NFL’s popularity maintains its upward trend, golf is going in the opposite direction. And really, it’s no wonder. The golfing community are being drastically underserved by PGA Tour telecasts but most appear intent on doing nothing about it.

Nowhere was this more evident than the recent NFL Wildcard Playoff weekend which coincided with the Sony Open in Hawaii. Having been treated to a nail-biting finale as the San Francisco 49ers ended the Dallas Cowboys’ Superbowl dreams, I then switched over for the back-nine at Waialae Country Club where a two-horse race had unfolded between Hideki Matsuyama and Russell Henley.

Neither the PGA Tour nor the networks can be blamed for the way a tournament leaderboard takes shape, but that’s still no excuse for the live feed we were subjected to. During a 10-minute window that I happened to time, there were 12 shots shown ‘live.’ 12! And 10 of those were putts.

The only full swings broadcast in the time it took Mike Tyson to knock-out his first five professional opponents were Henley and Matsuyama’s tee shots on the par-three 16th. Now, they did do a recap of Henley’s opening nine during those 10-minutes, showing perhaps another five or six shots, but it’s not like there were no other golfers on course.

Seamus Power holed a mid-range birdie putt on the final hole to secure a tie for third which moved him into the top-50 in the world rankings for the first time, but that putt aside, a casual fan would’ve had no idea the Waterford man was even in the field.

With all the perks that a top-50 ranking brings should he be able to hold on to it – a Masters invitation, guaranteed WGC starts, not to mention the likely sponsorship bonuses he’d claim – you’d think that the production team would have highlighted this as a potential interesting tale, despite Power falling short of being a household name on that side of the pond.

But as much as Power – and his fans – are getting used to seeing his name on the first page of the leaderboard, his seeming invisibility on the broadcast is getting equally familiar. Despite playing his way into the final group at the more recent American Express Championship in Palm Springs, Seamus was ignored on Saturday and had posted a double-bogey and a bogey on his opening two holes on Sunday before live coverage even came on air. One of the tournament leaders blows up on the opening holes and we don’t even get to see it? That’s just not good enough in this day and age.

I fail to see a valid reason why an NFL Redzone-like broadcast shouldn’t be available for those who’d rather see golf shots being hit than a promotional piece for the President’s Cup or people surfing in Honolulu Bay.

And it’s not like they don’t have the means to do it either. There is already a camera tower behind every single green on the golf course every week. How often is there a hole-in-one that isn’t captured and shown? Or a hole-out from the fairway? We see those all the time even though the player in question could be well outside the cut line. Show us the leaders and the big names of course, but don’t limit it to that.

Above all, show us some golf. Is that really too much to ask?