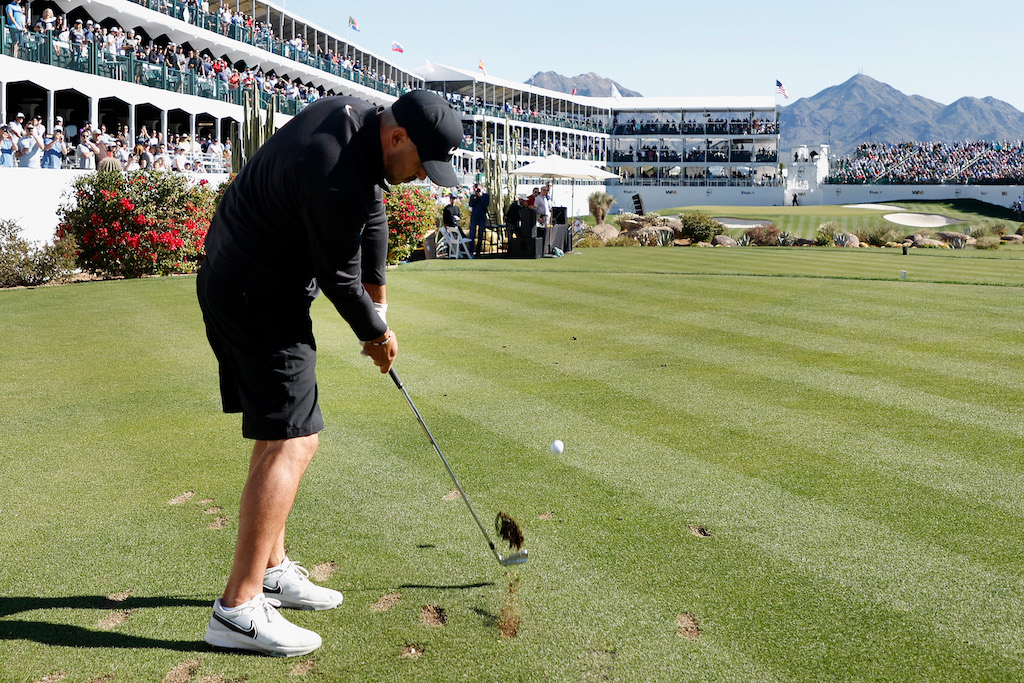 Ahead of the biggest party in golf at the Waste Management Phoenix Open, two of the biggest draws in the game have voiced their support to the PGA Tour in the face of ongoing murmurs around a breakaway golf league.

Last week’s Saudi International ramped up the volume around a potential Super Golf League, not least when Phil Mickelson stoked the fire when he accused his current employers – the PGA Tour – of “obnoxious greed”.

Mickelson claims the PGA Tour is sitting on $20 billion worth of IP rights and is demanding his image rights are returned, with Koepka quick to point out on Instagram last week that ‘greed’ was a curious choice of words from the six-time Major winner.

Asked to elaborate on his social media quip this week in Arizona, however, Koepka wouldn’t take the bait:

“I said what I said,” Koepka answered. “I don’t need to say anything more. You take it how you want. I know what I meant by it, but it’s up to you.”

The journalist tried one more time, asking if Koepka agreed with Mickelson over his image rights gripes.

Although Koepka was refusing to enter into specifics around Mickelson’s claims, he did make perfectly clear his loyalty to the PGA Tour; the four-time Major winner seemingly more than happy with his lot living the American Dream.

“It’s been pretty clear for a long time now that I’m with the PGA Tour, it’s where I’m staying,” Koepka said.

“I’m very happy. I think they do things the right way. People I want to do business with. I’m happy to be here.

“And I don’t really talk about it with many other players. They have asked a couple of questions, but I trust them.”

As the game’s number one player, Rahm was asked for his reaction to Mickelson’s “obnoxious greed” accusations. A great friend of Mickelson’s, Rahm’s response was refreshing – a reminder that two people don’t have to see eye to eye on everything to get along in the world.

“Listen, I try to stay away from those things,” Rahm said. “I’m here to play golf, and that’s about it.

“Phil has been on Tour for a very long time, and I’m not here to judge anybody, right? Phil said what he said. That’s it.

“He’s still a great friend of mine. I don’t know why he said what he said or why he said it how he said it, but all I can say is I support him as a friend, yet I don’t agree with everything he said.

Meanwhile, Seamus Power and Graeme McDowell will fly the flag for Ireland this week in Phoenix. Power comes in off the back of another top-10 finish at Pebble Beach while GMac tees up off the back of a missed cut in Saudi.