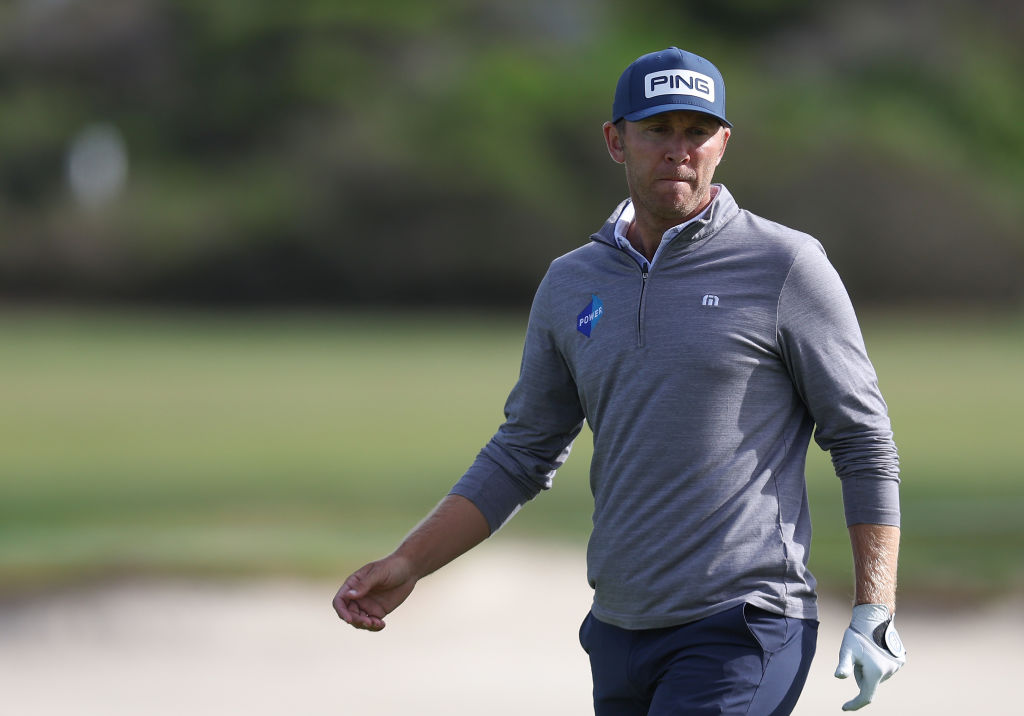 Only two shots back going into the final round, Seamus Power is by no means out of the AT&T Pebble Beach Pro-Am, but the Irishman missed a glorious opportunity to position himself for a second PGA Tour win in California.

Starting the third round five shots clear after setting the 36-hole scoring record at Pebble Beach, the 34-year-old was plagued by bogeys – including three in his final five holes – to slump to a three-over 74 at Monterey Peninsula to slip out of the lead.

At 13-under for the week, Power is two off Beau Hossler, Andrew Putnam and Tom Hoge and is still right in the thick of the title mix going into the final day, but he will know this was a big chance to take himself into a commanding position.

The Waterford man had actually started perfectly by birdieing his opening hole, the 10th, but he immediately gave it back at the 11th and would drop one more shot before the turn at the 17th.

Birdies at the third and fourth followed a bogey at the first to right the ship, but in a tie for the lead stepping off the fourth green, a devastating finish that saw him drop shots at the fifth, seventh and ninth has the Barbasol champion playing catch-up going into the final round, which will be played at Pebble Beach.

Power will take plenty of confidence into day four given he shot an eight-under 64 in his first round there on Friday, and the carrot of all but assuring himself of a place at the Masters with a victory will be driving him on to overtake the leading trio.

Even if he can’t come from behind and win, he will still be able to continue a fine run of form that has seen the World No.50 finish inside the top-15 in six of his last seven events as he looks to back up that maiden PGA Tour win last July.

Hossler was the most impressive of the three leaders, a bogey-free seven-under 65 at Pebble Beach catapulting him up the leaderboard and into the final group for the concluding round, while Putnam fired a 68 on the same course to reach 15-under.

“Pebble can give and take so quickly, right? I was glad to be on the receiving end today,” said Hossler.

“I hit it well, played really conservatively, frankly, even though it might not look like it, I was fortunate to not have any misses really to get me in significant trouble. It was as fairly stress free as you can be around here.

“I think I hit a lot of greens and when I did miss the greens it was in a pretty decent spot. So the margins are thin at Pebble, greens are small and they’re getting pretty firm. So I was lucky to give myself some good looks today and I rolled the putter beautifully.”

At Spyglass Hill, Hoge joined them at the top with a bogey-free 68, and their lead is just one over a star-studded group including World No.4 Patrick Cantlay, Joel Dahmen and Jordan Spieth, who had an adventurous round at Pebble Beach that saw him hit his second shot at the eighth precariously perched over the edge of the cliff.

Meanwhile, there was disappointment for Cork man John Murphy, whose first PGA Tour start finished after the third day as a one-over 72 at Monterey Peninsula on Saturday saw him finish one-over for the week and in a share of 104th, missing the 54-hole cut.