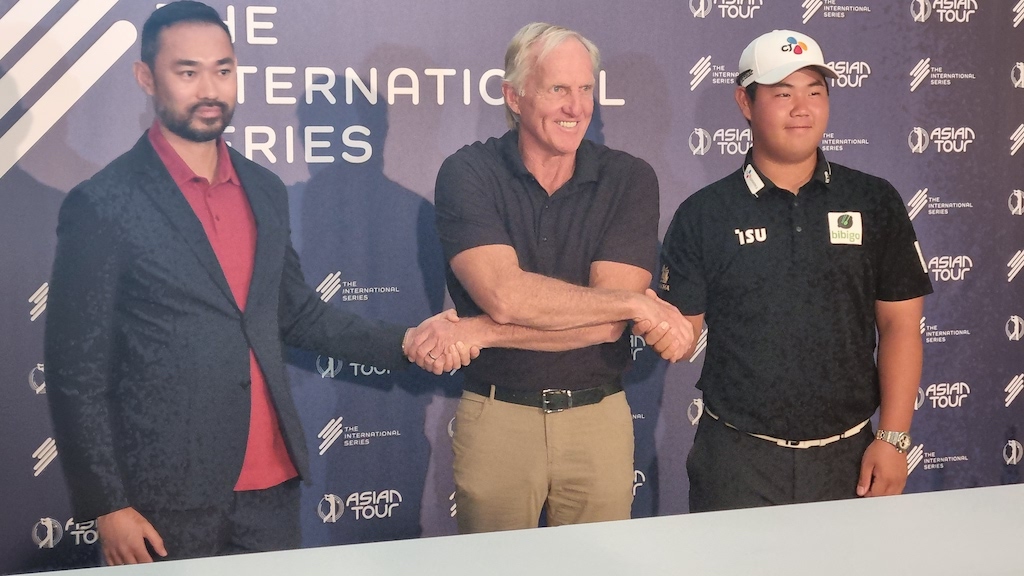 In any marriage break-up, there are always two sides to the story.

It is no different in golf as we are now seeing with the strained relations between the DP World Tour and the Asian Tour. The two tours have been very close golf tournament staging companions since the inaugural co-sanctioned European and Asian tour event in 1999 at the Maybank Malaysian Open.

However, this 23-year partnership is, in the view of Asian Tour Commissioner Cho Minn Thant, ‘icy’, and strong suggestions from the Singapore-based Tour say their Wentworth-based DP World Tour cousins are pretty much to blame.

The catalyst for the iciness seems to be the Asian Tour’s announcement last September of the news of this week’s Saudi International hosting. The Saudi event had been under the European Tour banner for three years from 2019 to 2021, but for this fourth hosting at the Royal Greens Club course, event organisers Saudi Golf handed the staging rights for the now $5m event to the Asian Tour.

We’ve learned that for European Tour members wishing to enter this week, it was far from easy if you were not born in Asia in obtaining a formal release.  There was no such release, we understand, for the likes of Thai-born Jazz Janewattananond.

Of course, the PGA Tour was also far from impressed but, at least, it was indicated their players could play in Saudi Arabia if they agreed to compete in ‘additional’ Tour events.

Then we had the formal announcement here at the Royal Greens club on Tuesday that the Asian Tour from next month would be playing host to a 10-event International Series.

What seems to have irked the DP World Tour is that the second event of the International Series will be held on London’s doorstep at the Centurion Club. Former European Seniors Tour chief Andy Stubbs is believed to be an advisor to the Centurion Club. Stubbs was here in Saudi Arabia for the announcement and also played the pro-am in the company of Henrik Stenson.

In meeting the Asian Tour Commissioner, he provided Irish Golfer Magazine with his Tour’s side of the breakdown in relations.

“The Asian Tour is still open to co-sanctioned events until even on last Monday when I spoke to European Tour CEO Keith Pelley in saying we would be officially announcing the intention to stage an Asian Tour event in London, and we are still keeping the door open for co-sanctioning,” said Minn.

“We were not given that same courtesy when they (DP World Tour) announced the Hero Indian Open or announced plans to stage a tournament in Thailand, as well as China and without Asian Tour involvement.

“We like to remain diplomatic and say to them our schedule is back out and the co-sanctioning ball is in your court.

“When it all boils down, what the Asian Tour is intending now with our International Series, is nothing dissimilar to what the DP World Tour have done for so long in coming to Asia.

“For a long time, the European Tour were friendly competitors to the PGA Tour and they’ve to set-up competitive tournaments like the Rolex Series of elite events, and now in being renamed the DP World Tour, and in looking for competitive partners, they found one in DP World.

“Also, like the DP World Tour we at the Asian Tour work for our players, and now that we are also investing in the Tour with this announcement with LIV Golf they’re not happy that we should be wanting to now invest in our own tour.

“So, it’s very disappointing the reaction we have been receiving to our exciting announcement earlier this week.”

And Minn added it was also a big disappointment when earlier this year the DP World Tour announced the staging of this week’s inaugural Ras Al Khaimah Championship, of course, taking place this week in the UAE.

“That news of a tournament in RAK came right out of the blue and with the European Tour very well knowing this week was the date for the Saudi International,” Minn said.

“That was probably the most disappointing decision of all.”