Schauffele has a gold medal problem 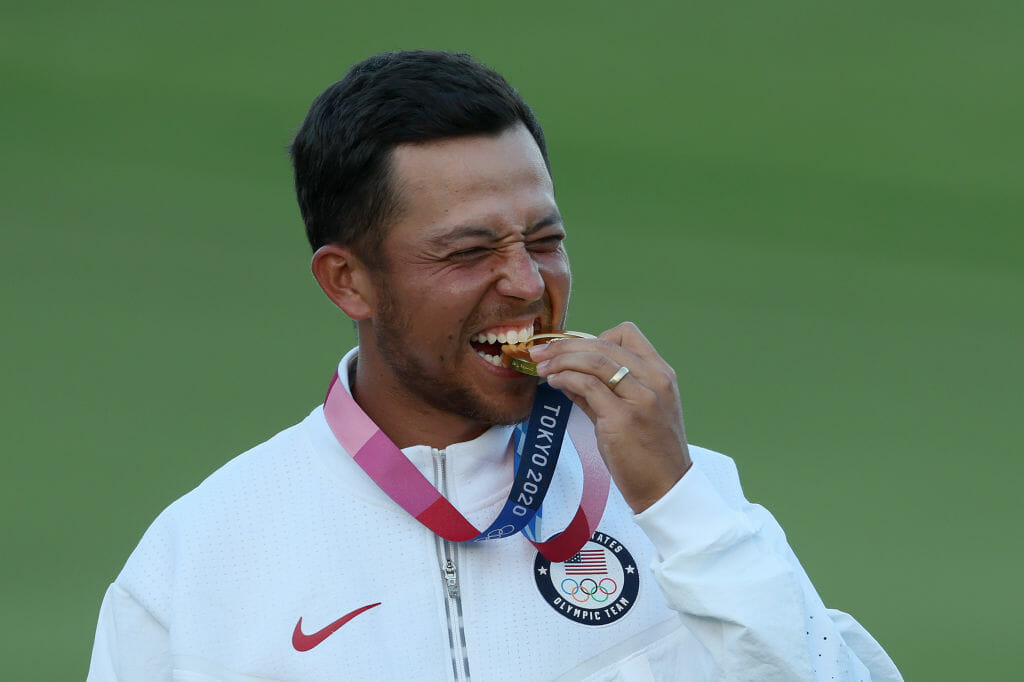 By Bernie McGuire in Saudi.

Olympic Games gold medal-winning Xander Schauffele has a problem – he can’t get his Japan victory medal back from his parents.

The champion American is on a maiden visit to Saudi Arabia having flown from Los Angeles into Dubai for the near three-hour flight to Jeddah and was asked if his gold medal traveled with him.

Though while the gold medal has been in his possession, he’s warmed to the reaction of others to seeing the medal.

“In all honesty, I think the shock value it provides is always a premium,” he said.

“Everyone is always really honoured, and not everyone gets to hold a gold medal. Even when I’ve had it around, people kind of look at me strange, can-I-hold-it type deal. That part has been cool, but for the most part everyone has been really respectful and I haven’t really sort of been riding around town with it. It’s been tucked away, and I don’t really get to see it a whole lot, to be honest.”

Schauffele arrived in Saudi having finished mid-field in last week’s Farmers Insurance Open but it’s been a ‘nothing to write home about’ in his nine events since winning gold in Japan, and with best finish third at last August’s Tour Championship.

“I’m fishing, just like every golfer,” he said. “I’ve just been trying to get better at certain things, and it’s sort of led my game to be a little worse in certain areas. As soon as you try and make your weaknesses your strengths, your strengths become weaknesses. It’s funny how the game works, and I’m just trying to get back to how I play.

“I’ve tried to clean up some wedge work, and I’ve just slowly learned that the best wedge player in the world will never be the best driver for certain reasons. I think it’s a bonus that I understand those things now. It’s just tricky to try and do it all, I guess.

“I’ve got to realise what I had was good enough before, and if I can kind of sort of slowly get better at it, I tried to do a hard set, I guess, on trying to be a better wedge player, and it sort of leaked into my driving game and my long iron ability. I’m still young and trying to figure it out slowly.”

Schauffele will play the opening two rounds of this week’s $5m Asian Tour flagship event in the company of Kevin Na and Thailand’s Sadom Kaewkanjana.