McIlroy on Saudi money – “It’s hard to say no” 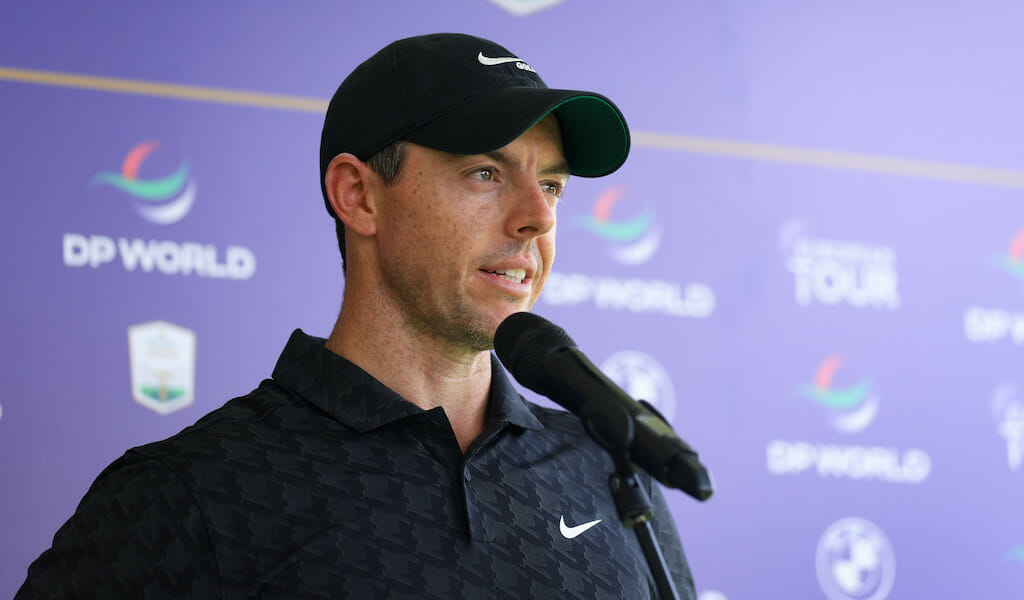 Although Rory McIlroy insists he won’t be changing his mind and traveling to Saudi any time soon, he fully understands the “tricky” situation players find themselves in when it comes to lucrative appearance offers to compete at Royal Greens Golf Club.

The controversial Saudi International returns next month with six of the world’s top-20, and also our own Shane Lowry and Graeme McDowell in the field for the $5million Asian Tour event.

The tournament clashes with the “richer” $8.7million Pebble Beach Pro-Am on the PGA Tour but far from compelled to help grow the game in Saudi, the lure has and always will be the deep pockets of the Saudi government with McIlroy estimating players will bank around 10% of their yearly income just for showing up.

“It’s the competitive integrity to me that’s one of the biggest issues here,” McIlroy said. “It’s like how hard are guys going to compete when they know they are guaranteed whatever the money is?

“Even when I started to get appearance fees back in 2009 or whatever, I struggled with that, going to tournaments in Korea and Japan feeling like I had already won before I teed it up and had to get over that mental battle of that as well.

“My own views on the Saudi thing remain unchanged. It’s not something that I would want to do but again, that’s more to do with the fact that I like being my own boss.

McIlroy was asked plainly by journalists in Dubai if he understood one of the big issues people are having with the tournament – that those players seeking special exemptions to compete in Saudi are set financially for life already.

“Not really,” he said. “I mean, I get it because, how much money is enough money? But if the Guardian, for example, said we’re going to come to you and say, we’re going to offer you double the money to write for our paper, what would you do?

“It puts you in a position where you obviously want to be loyal to the company that’s supported you and helped you along the way, but then you have to think of other things as well, especially guys that are in their 40s.

“Their competitive days are not over but they are certainly coming to an end and it’s one last chance to set their family up and their kids. It’s a big deal.”

Pressed further of players can afford to be realistic about the source of the money, McIlroy said:

“I think it’s already past that point. You look at so many companies we use, has anyone used an Uber this week? They are funded by the PIF.

“It’s hard to go anywhere and not have something or someone involved that people won’t agree with. If you try to be moralistic about it and have principles, you’re going to be able to not live life at the end of the day. It’s not black and white.

“There’s a lot of grey area, and I’ve certainly thought about it and wrestled with it.  At the end of the day, if you try to take that hard line of a stance, you’re just going to end up not being able to do what you want to do.”

Golf is in the middle of a bidding war and players’ eyes are filling with dollar signs at the sight. And now McIlroy, who chairs the PGA Tour’s advisory council, has issued a bit of advice to the PGA and DP World Tours, urging them not to punish players for seeking paydays elsewhere unless they’re courting friction.

“One thing I would worry about is if guys go to Saudi and they are going to make 10% of their yearly income just by going and playing, then restricting them from doing that. Punishing them could create resentment for the players and that creates a problem between the tours,” he added.

“Look, it’s a tricky one. Everyone knows that. But as I’ve said before, I certainly don’t blame anyone for going and doing it. At the end of the day, it’s our job and livelihood. If someone comes and offers you that sort of money, it’s hard to say no.”