Morikawa – Would you rather win at 34-under par or 11-under? 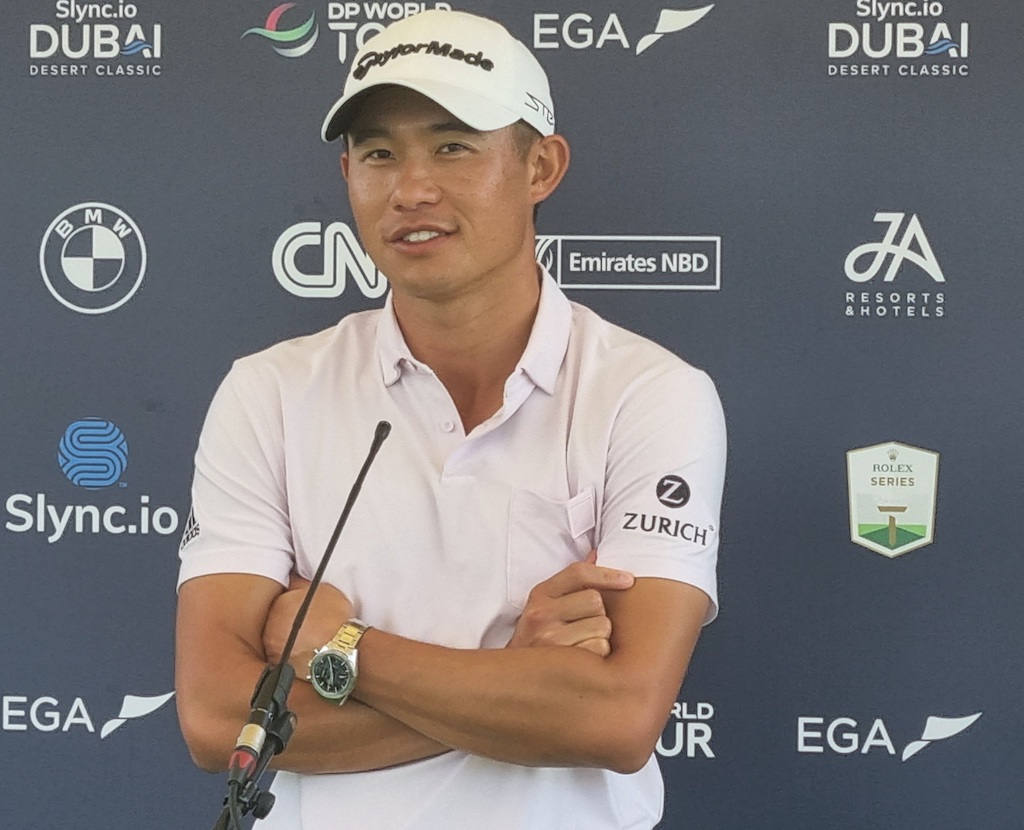 By Fatiha Betscher in Dubai.

World No. 2 Collin Morikawa contested both the PGA Tour year-opening Sentry Tournament of Champions in Hawaii and he also teed-up in last week’s first DP World Tour event of the New Year at the Abu Dhabi HSBC Championship.

Aside from the obvious geographical distance, there was a massive 23-stroke difference in Cameron Smith’s 34-under par winning Maui score that set a new PGA Tour record 72-hole tally compared to Thomas Pieter’s hard-fought 11-under par triumph in the UAE capital.

While Smith did what he had to do in capturing a fourth PGA Tour victory, many questions have been raised over the ‘easiness’ of the scoring on the Plantation course. Indeed, there were 20 players in the 38-player field that shot 20-under-par on a Tour that has produced nearly a golf bag full of sub-60 rounds.

At the Abu Dhabi HSBC Championship, where the conditions were so windy on Friday they would have blown a dog off its chain, just 39 players in the field of 132 finished under-par over the four rounds of the Yas Links course.

Those watching SKY coverage may recall Ewen Murray expressing his somewhat disappointment at the 34-under tally in Hawaii and having thought about it since the event in Hawaii, it seemed only reasonable that Irish Golfer Magazine should take the opportunity to raise the matter with Morikawa.

Morikawa finished T5th at 25-under-par in Hawaii but struggled in Abu Dhabi, only just making the 3-over par cut-off mark on Friday, and eventually finishing just outside the top-60 at five-over, failing also to break 70 over the four days.

“Doesn’t really matter as long as I’m shooting a 34- or 11-under,” he said smiling broadly. “I think what we see throughout the year, you see a balance of both. It’s fun to shoot 34-under sometimes. I think if I had to shoot 34 under every week, I’d get kind of sick of it.

“A lot of it has to do with conditions. Like we wouldn’t have shot 34-under par at Kapalua if the winds were up. Last week, 11-under would not have won if we didn’t have 30-, 40-mile-per-hour gusts on Friday. So it’s all based on conditions.

“Some source courses, yes, are easier than others but if we played in a dome with 15- to 20-mile-per-hour winds every week we would never see 30-under par. So that’s kind of how it is. You see a balance.”

His reply led to a follow-up question if the ‘complaints’ being raised were just a knee-jerk reaction or should the PGA be listening and learning.

“The answer is not making courses longer just so we can have 5-irons into greens,” he said. “If the greens are soft, if there’s no wind, we can fire at any pin from any distance. Scores are going to be low.

“It’s more about making us play different shots: Hit it out to the right, draw it. Fade it. I think the creativity of golf sometimes on some golf courses, it allows players to bomb it, right, and that’s the difference of making a tough course versus an easier course of having a lot of birdies.

“You see some courses that we have on the PGA Tour, because I know the courses a lot better, is that there’s some shorter courses but 15-under wins because you have to take irons off the tee. You have to draw it around trees. You can’t hit it over certain areas, and it goes back to course setup.”