Accuracy is everything for McIlroy in 2022 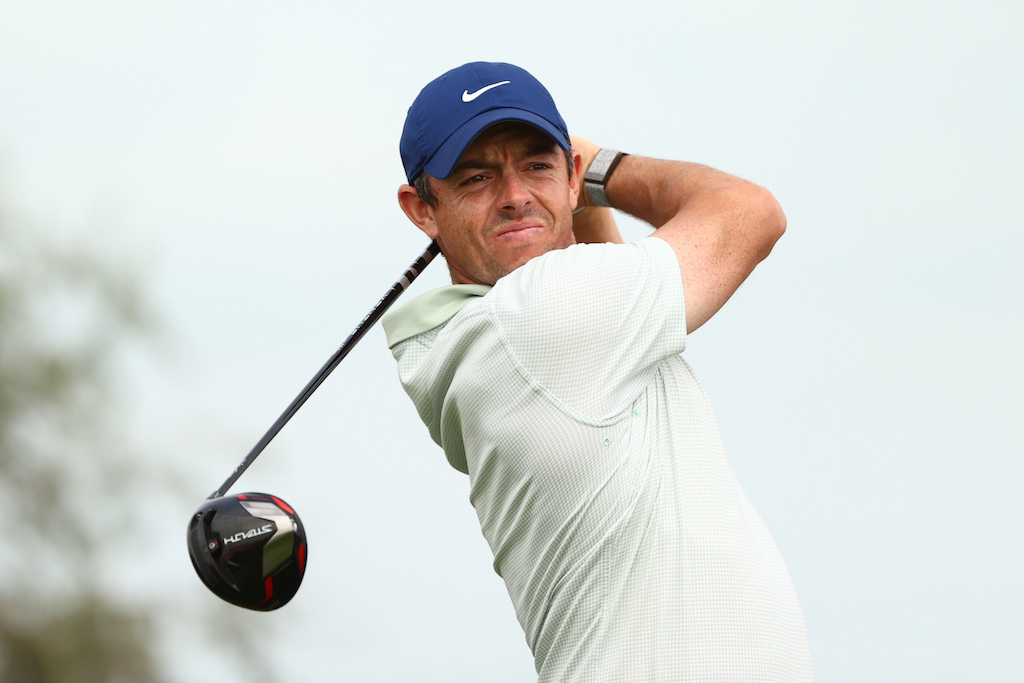 Rory McIlroy is hoping to pick up where he left off last year, believing he’s turned a corner in his game ahead of his first appearance on the DP World Tour season at this week’s Abu Dhabi HSBC Championship.

Twice a winner on the PGA Tour last term at the Wells Fargo and the CJ Cup, it was an abject McIlroy performance over the first two days at the Ryder Cup that sparked some serious self-reflection, and after a confidence boosting singles win that Sunday at Whistling Straits, he believes he’s moving in the right direction with his golf game as he looks to break a major duck now extending all the way back to 2014.

A big part of that process was identifying exactly what to improve, so rather than write down end of season goals amounting to a Mount Rushmore of titles, McIlroy is playing the percentages and looking to target a few key statistics that should take care of the bigger picture.

“I think having goals that are more objective and more that I’m in control of… I can’t control if I win five or six times a year. There’s so many other variables in there.

“But I can certainly control if I hit 60 percent of the fairways. I can control if my numbers, my strokes gained numbers, my stats are better than they were the year before. So it’s about trying to set yourself goals that you can control, and that are objective and measurable, and I guess those are the goals I’ve started to set myself the last few years.”

Looking at McIlroy’s numbers on the PGA Tour last season, despite often being lauded as one of the world’s best drivers of a golf ball, he ranked 145th in Driving Accuracy, under his 60% target of fairways hit at 57.36% (592 of 1032 fairways). Yes, he ranked 2nd in Driving Distance averaging 319.3 yards off the tee but he ranked outside the top-150 with his approach play from the rough, with the now world number 8 aiming to improve his iron proximity this season.

“I’d love to get my iron play back to a level that it was at maybe a few years ago,” McIlroy said. “You know, gaining at least half a shot to a full shot on the field with approach play. I’ve done that before and I feel like I can do that again (He gained .403 last season).

“And then as I said, I think fairways hit stats is always a big one for me. If I can hit the ball in the fairway 60 percent of the time with how far that I hit it, I’m going to create a lot of opportunities for myself, and the more opportunities you give yourself, the putts some weeks will fall, some weeks they won’t, but I think over the last few years I’ve certainly become a more consistent putter and I certainly hole what I feel is my fair share.”

Indeed, McIlroy has been converting his chances. He ranked 1st for birdies with an average of 4.51 per round last season, equating to 334 birdies over 74 rounds. With 28.46 average putts per round in that spell, he ranked 20th on the PGA Tour, so it’s not McIlroy’s perceived shortcomings with the flat-stick that’s an issue, it’s clearly what he’s identified: driving accuracy and approach play.

For a man who murders the ball like McIlroy, the luxury is that he can afford to dial it back and sacrifice speed for accuracy, and after citing Tiger Woods as a fine example of someone who put a premium on hitting fairways throughout his winning career, McIlroy’s latest evolution looks to be centred around becoming an all-round more controlled golfer in the mould of a vintage Woods.

“That goal of hitting more fairways, it’s even maybe throttling back and hitting 3-wood a little more often or hitting clubs that are maybe not as aggressive off tees and just putting yourself in the fairway. Maybe just being a little bit more of a measured and controlled golfer,” McIlroy added.

“I’ll certainly pick-and-choose my spots where I can take advantage of the driver and hit it, but the best player of the last 30 years, Tiger, he picked and chose where he hit driver, and he played a very, very controlled game. It didn’t work out too badly for him!

“I’m not saying that my game compares to his in any way, but there are certainly aspects of what he did so well in the past that I would obviously love to put into my game.”