Golf is a game of perfect, at least for some 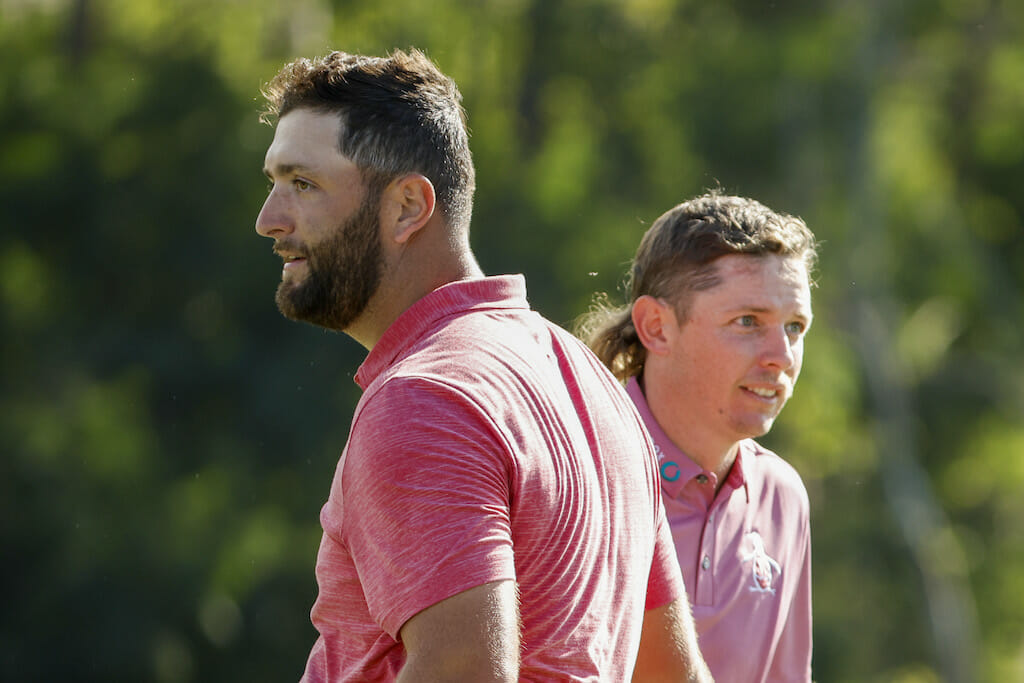 I dusted off the clubs and went to Spawell Golf Academy at the weekend. The place was heaving and bays were hard to come by. My friend suggested we go outside on the grass. First time out this year, I said no chance. Needed the confidence only the buffer of a mat can bring. I topped my first five pitching wedges almost bad enough to retrieve the balls. Then I went home to complain about how easy the pros had it in Hawaii.

Truth be told, I didn’t see much of the Sentry Tournament of Champions. The time difference didn’t suit ‘new year, new me’, and bar tracking the progress of the ever-improving Seamus Power, I had little interest in it. It’s hard to relate to Hawaiian paradise when the winter is beating against your window in Dublin, never mind when multiple rounds of 10-under par and better are signed for with a 34-under winning score.

That’s not to say I didn’t appreciate the standard of golf on display in Kapalua. Sure, the course’s main defence – wind – was non-existent, preferred lies were in play for the first two days, and the greens were both super receptive and true, but I’d just struggled to find the club face with 100 balls at the driving range, so how could I not marvel at these magicians at play?

It was as if they’d traded their clubs for PlayStation controllers at times. Countless birdies and eagles landed. Records tumbled. And for the first hit of the year, what harm that they give these champions of 2021 an easy ride out the gate? The Tour couldn’t legislate for the weather, and if you give these guys a soft golf course and no wind anywhere in the world, chances are the result would be much the same.

The knee-jerk reaction would be to suggest that golf’s too easy for these guys, that the level of play has evolved to the point that the game can’t keep up with it, and that something must be done to roll back technology. But Plantation was a resort course there for the taking, and if you’re talking about the rate of evolution, Cam Smith’s record-winning score only surpassed Ernie Els’ 31-under mark in 2003 by three, so I wouldn’t be sounding the alarm bells just yet.

Still, I’d hope the fact that three players managed sub-30-under par tallies first time out this year will serve as a reminder to those charged with course set-ups throughout the season. I think I speak for a good chunk of the audience when I say golf viewing is most enjoyable when the players are challenged. I want to witness shot-making and shop-shaping. See the lines of the tracker manipulated by artistry I could scarcely dream. And we do see that, though not nearly enough, mostly at the majors and just a handful of other events where the venues stack up proudly against par.

For me, when it comes to golf’s artists, there’s none better than Shane Lowry. He has every shot in the book and a velvet short-game the envy of most. Yet tee him up against players with inferior skill-sets solely on defenceless resort courses for the rest of his career and I wouldn’t be surprised if he never won again. And that’s saying something, because I’m convinced Lowry will win at least one more major, just as I’d be convinced that many names who went deep under par in Hawaii would wilt under an ultimate US Open test or an Open Championship battered by wind and rain.

Point is, four weeks a year of firm and fast won’t cut it when it comes to truly separating the men from the boys. If these players are as good as we know they are, then they should be properly tested more often, with their wits pitted against the best course designers instead of being let bowl with the bumpers up.

Now if you’ll excuse me, I’ve got another bucket of balls with my name on it, and a centre of a club face to meet.