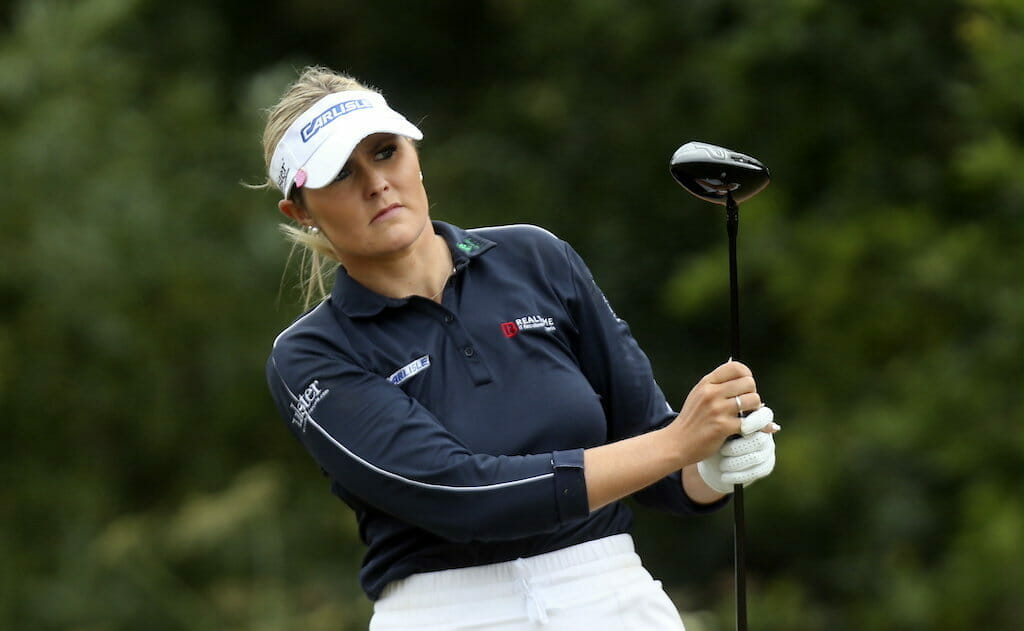 When we see the success of Leona Maguire and Stephanie Meadow on the LPGA Tour, it’s easy for aspiring professionals to get lost in a be-all, end-all attitude towards living the American Dream.

There’s no denying that the LPGA Tour harbours the most riches and prestige in the women’s game but much like Brooks Koepka honed his craft on the Challenge Tour in Europe before going on to win four Majors, the Ladies European Tour remains a breeding ground of champions offering a great variety of tests for a would-be apprentice.

Take Stephanie Kyriacou for example. In February 2020, the then 19-year old Sydney amateur broke through to win the LET’s Australian Ladies Classic Bonville by a whopping eight strokes, immediately turning pro before the world was turned upside down by Covid-19.

“I was kind of lucky that I won this tournament as an amateur. I played well, but the timing was good because one of my best mates, Grace Kim, she’s obviously a top amateur, but she didn’t win, had to come to Q-School this year. She hardly played last year,” said Kyriacou.

“So I think I’ve been very lucky in a sense. It’s always grateful, but it’s still been a rollercoaster.”

When play resumed, Kyriacou was quick to rubber-stamp her credentials with a second LET triumph at the 2021 Big Green Egg Open, earning 12 top-10s and making the cut in her first two Major appearances.

From a rank of 806 in the world when she won in Australia, the now 77th Rolex ranked golfer has stormed into the Final Stage of LPGA Tour Q-Series highlighted by a stunning nine-under par final round 63, proving her path to the Promised Land of women’s golf via the LET is a fantastic option for the likes of Northern Irish prospect Olivia Mehaffey to follow.

“I think it’s a good pathway to the LPGA,” said Kyriacou. “I’ve made so many friends out there and you learn so much about your game playing in tournament mode and stuff.”

There’s no doubt Mehaffey’s priority is playing her way onto the LPGA Tour but the next step in that journey starts this week at Ladies European Tour Q-School at Real Golf La Manga Club where she is joined by Bangor native Victoria Craig from December 9-12.

Mehaffey has been preparing for the Q-School assignment since failing to progress beyond Stage Two of LPGA qualifying. Following an incredible amateur career with Ireland and Arizona State, the supremely talented 24-year old turned professional in May this year and didn’t take long making her mark in the paid ranks with a tied-17th result at the ISPS Handa World Invitational.

Just like Kyriacou said of her great friend Kim, Mehaffey is another who struggled for game-time this year but she has all the characteristics to make it three Irish players on the LPGA Tour in years to come. Though with time on her side, a journey to the LPGA via the LET on a road less travelled might just provide an education that stands to Mehaffey in the long run.