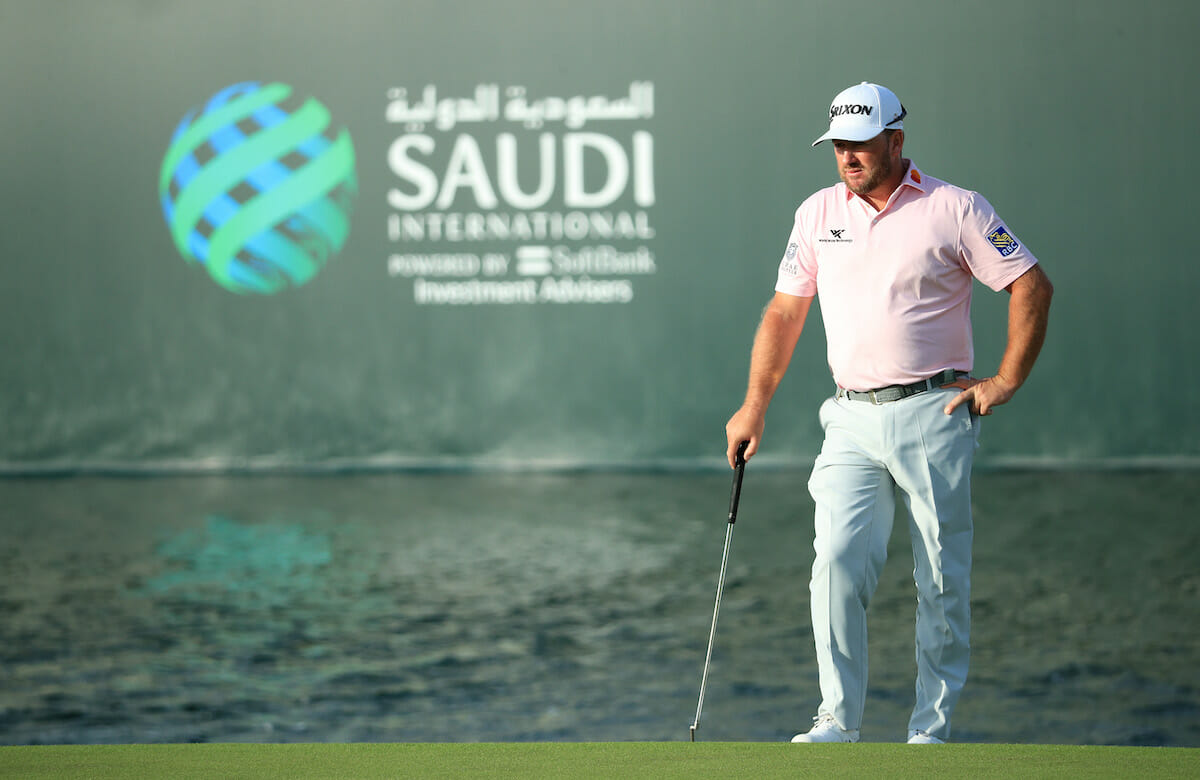 Graeme McDowell says he understands the arguments around human rights issues in Saudi Arabia but still hopes to return to compete at the Saudi International, an event he won in 2020.

McDowell is one of a number of players seeking a special release to tee up at the now Asian Tour sanctioned event that returns to Royal Greens Golf Club from February 3-6, 2022.

Since the first staging of the tournament in 2019, the event has been widely criticised for contributing to Saudi sportswashing, a drive intended to enhance Saudi’s global reputation through sport and distract from its human rights record described by Amnesty International as “heinous”.

And although McDowell indicated that he is aware of those concerns, he says he’s focussed on the positive aspects of the Saudi involvement in golf.

“It’s an interesting time for the sport, we probably haven’t seen something like this in golf over the past 20 years but I’m focusing on the positives that it is making everybody better,” McDowell told the BBC.

“What the Saudis have done, pushing the envelope, stirring the pot, has helped the PGA Tour and the European Tour to get better and better. Competition makes people better so I think that’s the positive side of it.

“The negative side of it is the unknown, the unknown quantity. The talk around human rights, everything that is Saudi Arabia. What do they call it… Sportswashing?

“I’m a golf player. I’m not a politician, I understand the arguments on both sides.

Although McDowell is among 25 players still awaiting to learn the fate of their releases despite being announced in the field for February’s event, the 2010 US Open winner says he won’t rock the boat should the PGA/DP World Tour reject his request.

“I have a contract to go back there and play and have a relationship with that tournament, having won it two years ago when it was part of the European Tour,” said McDowell.

“I have spoken to the PGA Tour at length and asked them is it ok for me to ask for a release to go to that tournament and they said, ‘yes, please feel free to apply for that release’.

“The Commissioner has not made his decision yet on what the PGA Tour’s stance is going to be regarding our ability to go and play in the tournament.”

“I’ve been playing golf in the Middle East for maybe 20 years and was proud to win the Saudi International in 2020. It meant a lot to me at the time.

“The ability to go back there is important for a lot of reasons but I will toe the line and do the right thing if it’s what the PGA Tour and European Tour want me to do It’s going to be interesting to see how it all pans out.”