WOODS: ‘I will never climb back up that career mountain’ 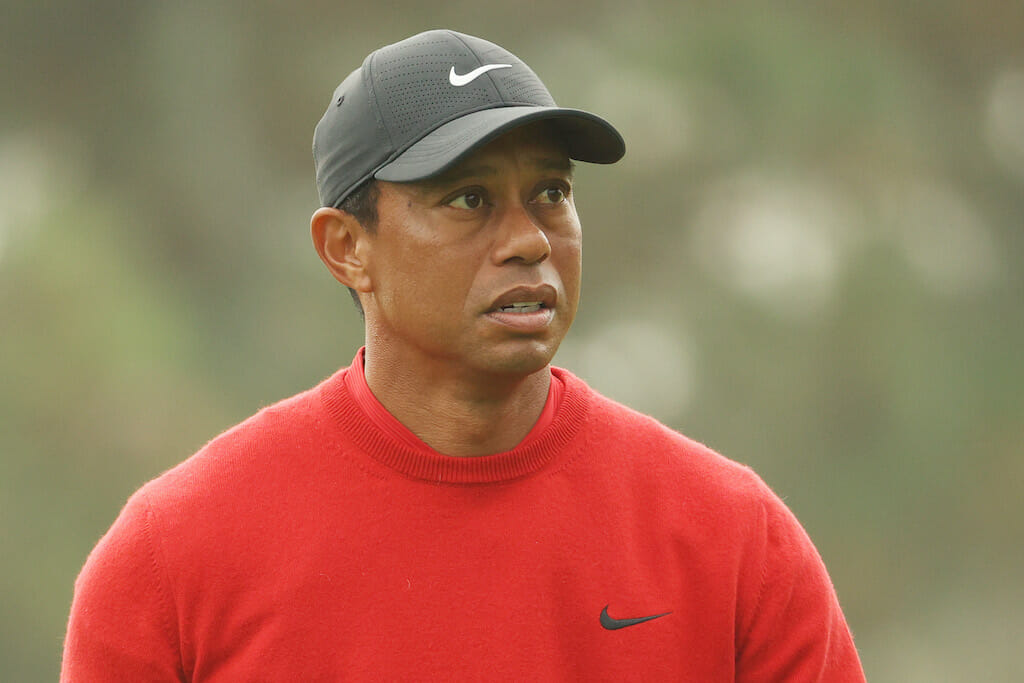 Tiger Woods will speak for the first time in public when he and Pawan Kant Munjal, Chairman and CEO of Hero Motocorp, will jointly host a press conference at 9am Tuesday local time here at the Albany Golf Club in the Bahamas

It will be the first occasion since Woods’ near-fatal car accident on 23rd February the 15-time major champion will address members of the media. However, ahead of this much-anticipated conference with Woods, Golf Digest US released an interview with the soon-to-be 46-year-old.

The interview covered a range of subjects but what stood out was the fact that Woods, in disappointing news to many of his fans, declared he will never again be able to play a full schedule and also ruled out climbing back up that career mountain that has seen him win over 100 tournaments around the globe. Here are a few extracts from the interview:

“I think something that is realistic is playing the tour one day—never full time, ever again—but pick and choose, just like Mr. [Ben] Hogan did. Pick and choose a few events a year and you play around that,” Woods said during a Zoom interview with Golf Digest’s Henni Koyack from his South Florida home. “You practice around that, and you gear yourself up for that. I think that’s how I’m going to have to play it from now on. It’s an unfortunate reality, but it’s my reality. And I understand it, and I accept it.”

On timeline for his return:

“I have so far to go … I’m not even at the halfway point. I have so much more muscle development and nerve development that I have to do in my leg. At the same time, as you know, I’ve had five back operations. So I’m having to deal with that. So as the leg gets stronger, sometimes the back may act up. … It’s a tough road. But I’m just happy to be able to go out there and watch Charlie play, or go in the backyard and have an hour or two by myself with no one talking, no music, no nothing. I just hear the birds chirping. That part I’ve sorely missed.”

“I don’t have to compete and play against the best players in the world to have a great life. After my back fusion, I had to climb Mt. Everest one more time. I had to do it, and I did. This time around, I don’t think I’ll have the body to climb Mt. Everest, and that’s OK. I can still participate in the game of golf. I can still, if my leg gets OK, I can still click off a tournament here or there. But as far as climbing the mountain again and getting all the way to the top, I don’t think that’s a realistic expectation of me.”

On fear he could’ve lost a leg after accident:

“There was a point in time when, I wouldn’t say it was 50/50, but it was damn near there if I was going to walk out of that hospital with one leg. Once I [kept it], I wanted to test and see if I still had my hands. So even in the hospital, I would have [girlfriend] Erica [Herman] and [friend] Rob [McNamara] throw me something. Throw me anything.”

On being stuck at home for months:

“Adding that part into my day-to-day life was so rewarding because I’d been stuck in a house. Granted, it’s a pretty nice house I’ve built for myself, but I hadn’t been able to do the one thing I love to do: I love to go outside and just be outside. Sometimes I just crutch and lay on the grass for an hour because I want to be outside. Missing the contact of a golf ball hit properly is one of the better feelings.”

On how his Dad’s teaching helped him through it:

“This is where dad’s teaching came into play being in the military and being SF [special forces]. Any SF operator can attest to this—you don’t know how long a firefight is gonna take. It could last five seconds or five hours and some could go on for days at a time. With that in mind, you don’t know when the end is so that’s the hard part. How do you get through that? One of my dad’s ways of getting through that was live meal-to-meal. … I just shortened up the windows of, Oh, this is gonna be nine months of hell, to It’s just two or three hours. If I can repeat these two to three hours at a time. Next thing you know it adds up, it accumulates into weeks months and to a point where here I am talking to you and walking into a room.”

“There’s a lot to look forward to, a lot of hard work to be done—being patient and progressing at a pace that is aggressive but not over the top. Obviously, when I get in the gym and I get flowing and the endorphins get going, I want to go, go, go,” he said. “That’s how I’ve been able to win so many tournaments. But then again, everyone reminds me at what cost? Look at you now. Pre-accident I was what? Ten surgeries. That’s just the wear and tear of doing my sport, of just trying to push it to win everything I possibly can. To win every single tournament I played in, I would do everything I possibly could. Like any sport, there’s a cost to it. There’s a cost of doing business and unfortunately, for sportsmen and sportswomen, injuries are a part of it.”