Woods: ‘Amputation was on the table’ 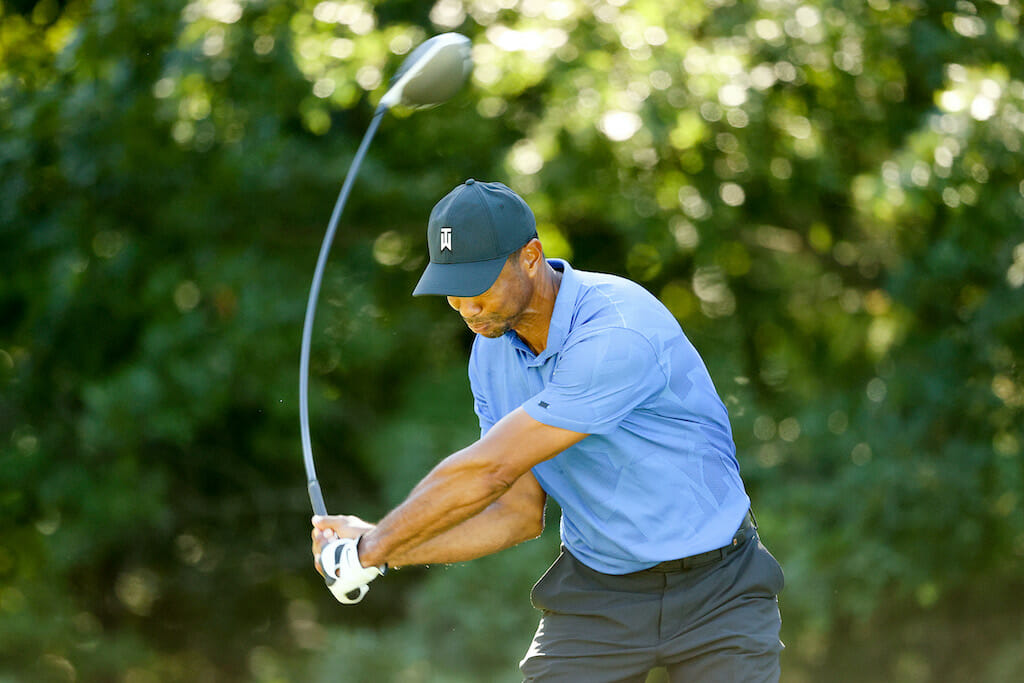 By Fatiha Betscher in the Bahamas.

In a shock disclosure, Tiger Woods declared ‘amputation was on the table’ and stated he is lucky to be alive following his horrific crash last February.

The 15-time major winner was speaking for the first time in public since the events of February 23rd that left the sports world aghast at the sight of the damage to Woods’ ‘Genesis Invitational’ SUV.

Woods is host of this week’s $3.5m Hero World Challenge and he attended the media centre here at the Albany Club with nothing looking untoward, walking freely back and forth from a motorised golf buggy.

Then in a near 40-minute conference, Woods revealed just how close he came to losing his life.

“I’m lucky to be alive and still have the limb,” Woods said. “I am very grateful that someone upstairs was taking care of me .. amputation was on the table. I don’t foresee this leg ever being what it used to be.

“The clock is ticking. I’m getting older, I’m not getting any younger. All that combined means a full schedule and a full practice schedule — and the recovery it would take to do that — no, I don’t have any desire to do that. But to ramp for a few events a year as I alluded to yesterday like Mr. Hogan did and he did a pretty good job at it … there’s no reason I can’t do that.”

Qn. Good to see you again at a golf tournament. TIGER WOODS: Thanks, Bernie.

Qn. I was going to ask you, are you in any pain sitting there now? TIGER WOODS: Yeah.

Qn. I don’t want to get too personal, but what are you experiencing there at the moment, sitting there? TIGER WOODS: My back hurts and my leg hurts

Qn:  What gets you through these dark patches you’ve had in your life? What does it say about your character?

“Well, it’s having a great support system, great friends, great people around me that are positive and upbeat, but it’s also the unfortunate part, experience,” said Woods.

“I’ve gone through tough procedures before in the past and been sidelined and have had to recover and having that past experience has helped. Just understanding the patience of timelines. When someone says — like when I blew out my ACL and broke my leg, it was, you’re out for nine months. Well, that’s kind of a bummer.

“Nine months without it coming back to sport. Then back fusion surgeries, knee operations and all those different timelines, just understanding, having the patience within those timelines, how much can we push and how much we can’t push. That’s — you have to push until it hurts, but then you can’t go overboard.

“That’s the hard part, but I’ve had so much experience in that regard, I know, okay, we’ve taken it a little too far, let’s pump the brakes, we’ll stop it right here. Okay, you haven’t pushed me enough, this is a good day, let’s continue to go.”

Woods said he has come off long layoffs before and won, which makes him feel like he “knows the recipe” to recover and compete at a high-level on the PGA Tour — even in a limited fashion.

“I just have to get to a point where I feel comfortable enough where I can do that again,” he told reporters.

Woods was also asked if he could ever see himself winning another major event or any tournament on tour.

“I have to prove it to myself at practice first,” he said.

Toward the end of the press conference, Woods was asked about if he would ever speak about the day of the crash and what he remembers leading up to the accident. He deflected that question, opting to discuss the aftermath of the accident and what his mindset was like laying in a hospital bed.

“Friends and family kept me insulated from what was being said,” Woods said.

“I had access to a TV in the hospital, but I was just watching sports. I refused to turn on the local channels. I didn’t want to go down that road … My mind wasn’t ready.”

Woods concluded that he expects the media to “poke and prod” and that he understands that there will be more questions about the day of the accident. He did ask that the story remain focused on him.

“They can poke and prod at me all they want, just stay away from my family,” he said.