Kearney hoping for another crack at Mount Juliet in 2022 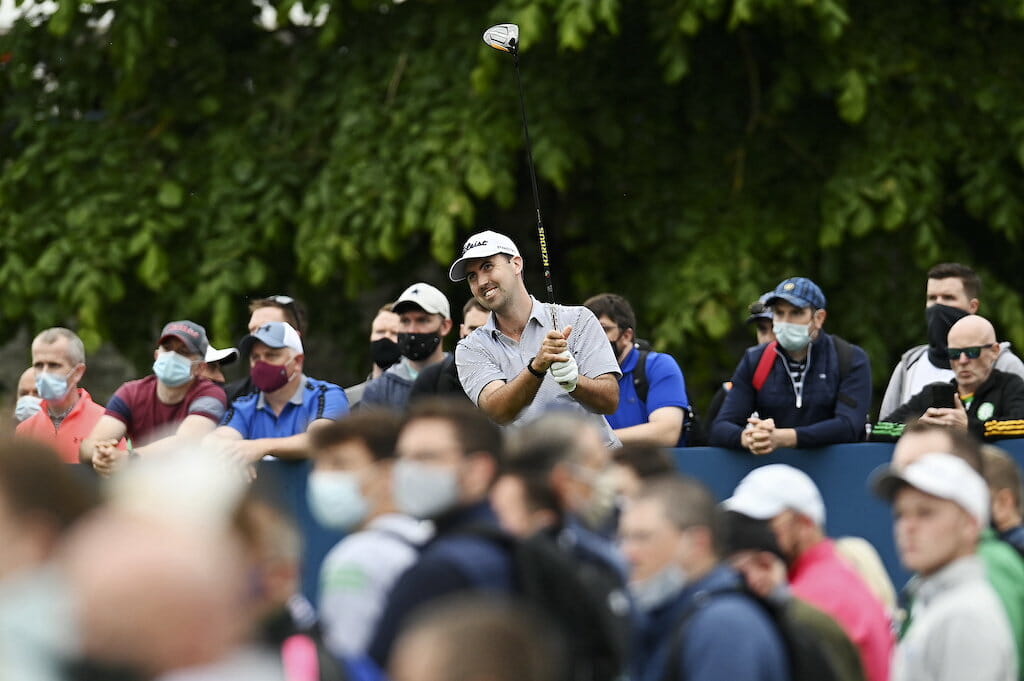 When Niall Kearney missed the cut at this year’s Irish Open, he knew the possible implications it would have for his European Tour future.

As fields strengthened during the summer, the Royal Dublin man knew entries were at a premium off his Category 22 status and Mount Juliet represented a huge opportunity.

Going into the event in front of home crowds and playing well, a strong showing could’ve been the difference between Kearney earning his full playing card via the Race to Dubai and not. Although he ultimately fell short of that aim, Kearney will hope off improved Category 18 status that he’ll be afforded another chance  at his national open next year after the disappointed of bowing out after two rounds in Kilkenny last time out.

“The Irish Open was a big event based on this year’s schedule, double prize fund, double points, it was a massive tournament but I was massively disappointed to go there and miss the cut by a shot or two,” he said.

“Based on the context of my season off limited starts, I knew that was going to be a crucial week with double points on offer. I possibly fell into a space where I was trying too hard but the fact it’s going back there, it’s a fabulous course and a fabulous test of golf, so I’d love to be part of it.”

Two weeks out from The Open, a top-10 in Mount Juliet could trigger a lucrative run for the likes of Kearney with Rolex riches in Scotland awaiting the following week. But even the increased $6million prize fund represents huge opportunity in itself with Kearney going into the new year on a strong financial footing having banked €166,364 last season.

“It’s a massive event and it seems to be on the up again,” he says. “Obviously there’s a bit of a PGA Tour influence coming into Europe with the Strategic Alliance which should only be a positive thing.”

It didn’t quite work out this past week in South Africa for Kearney at the opening event of the DP World Tour era at the Joburg Open. Kearney was amongst a mass exodus of players abandoning their opening rounds to get home and beat quarantine following UK travel restrictions due to Covid.

However, richer prize pools lie in wait next year when Europe’s star enjoy the cash injection of DP World dollars. There’s also the small matter of the Greg Norman/Saudi-backed Asian Tour looking to lure some of the game’s current crop to a lucrative series while the Premier Golf League remains at the heart of this bidding war that players find themselves happily stuck between.

“Competition is healthy anywhere,” Kearney says, who enjoyed his time on the Asian Tour as he looked to play his way onto the European circuit in the past.

“It’s going to be interesting to see what the access is with the Asian Tour because obviously there’s guys over there holding cards who’ve hardly played over the last two years so they’ve got to be honoured first.

“After that I could see some sort of Q-School scenario, then they’re obviously branching into Saudi as well and I think there was talk of the MENA Tour joining up too so it’s going to be a sort of Middle Eastern Asian Tour and it’s going to be strong.

“I’ve done it out there before, I’ve really enjoyed it. it’s a fabulous part of the world and the tournaments were excellent. They always attracted guys like Sergio Garcia and Ernie Els so it was a really strong place to be learning. I certainly wouldn’t rule it out but ideally I want to play Europe during the 2022 season and see where we are then.”