Dunne eager to move on & rebuild his career 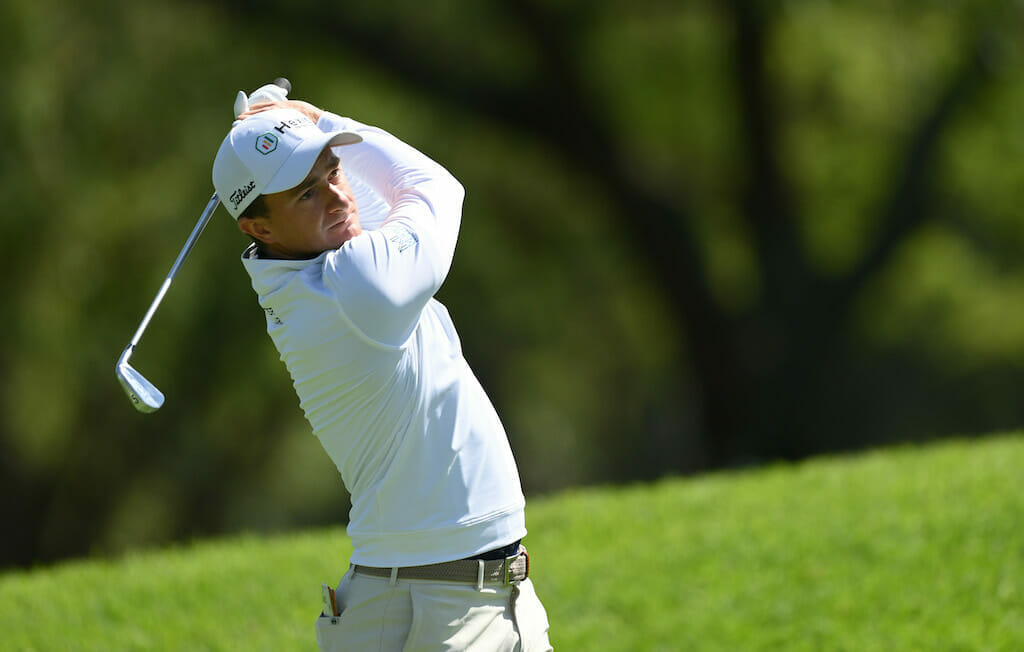 Paul Dunne tees up at today’s starting Joburg Open looking to put two years of injury and form frustrations behind him and make a fresh start on the new DP World Tour.

From the highs of a 2017 British Masters success where he chipped in on the final green for a closing 61 to beat Rory McIlroy to the title, to the lows of his current standing in professional golf, ranked 1783rd in the official world charts having not made a cut since May, it’s been a deflating run for the now 29-year old who believes at long last he’s seeing light at the end of a very long tunnel.

“I’ve had injury problems,” Dunne told The Open Podcast. “I had to get surgery on my hand at the end of the 2019 season. Trying to rehab it, because it was my hand, the problem was that the blood supply to the hand isn’t very good so it’s very hard to put timelines on how long it will take.

“I was hitting some chips very early, maybe three months after, but I couldn’t hit a shot. Or then I’d hit a couple of shots and it would feel good, but the next day it would be aching and paining and I wouldn’t be able to move it again.

“It was a constant process of finding the limits and not pushing them because as soon as I pushed them, I got set back. It was probably 13 or 14 months until I felt free to practice and play as I wanted to.

“And then playing through all of it put me in really bad habits. That’s the one thing I’ve been fighting since then. Certain movement patterns that I was put in to try and protect it. They’ve put my swing in a place I’d never seen it before and I didn’t know how to fix it.

“When you’re struggling and you don’t know why, you feel like you lose control. And when you lose control, you start questioning why I’m even bothering with this because every bit of effort you put in doesn’t work, and all I’m doing is frustrating myself.

There have been green shoots for Dunne of late, not least with opening rounds of 67 both at the Alfred Dunhill Links Championship and the Mallorca Open. On both occasions he failed to build on his starts and missed two cuts but perhaps that’s as much to do with belief than anything else.

Still grinding to recapture the formula that built an enviably dependable swing that swiftly made a splash on tour when Dunne turned pro off a plus-five handicap in 2015, the Greystones man insists he’s done looking back to the guy who enjoyed a breakthrough win at Close House over McIlroy and is instead looking forward to the player he wants to become.

“I feel good going forward. I’m happy looking forward now,” Dunne says. “Obviously I don’t have as good a platform to get into tournaments that I would’ve had a couple of years ago but I really feel like my head and my game is in a good place to play well in whatever tournaments I can get into and try and build my career up again and move past where I was in 2017-2018.”

If it all clicks this week at Randpark Golf Club, there’s an extra special reward for three players within the top-10 not already exempt to next July’s Open. It happens to be the 150th edition back at the Home of Golf in St. Andrews where Dunne almost shocked the world as an amateur when he went into the final round at the Old Course holding the lead.

“Obviously I want to qualify for the Open every year but being in St. Andrews, especially for me, I know I can play well there,” Dunne says confidently.

“Every time I play St. Andrews I play well. I like the golf course. It suits my eye. Plays to my strengths. And how many chances are you going to get to play it there? Even if you’re in the Open every year, you might get to play it three or four times in your life. It’s a big target next year to get back there.”

And if he does get back there, be it next year or the one after, does Paul Dunne still believe he has what it takes to get his hands on the Claret Jug?

“Of course I can, I wouldn’t play the game if I didn’t,” he laughs. “Hopefully I will but I guess we’ll find out. I’ll be able to tell you better in 20 years, but I definitely can!”