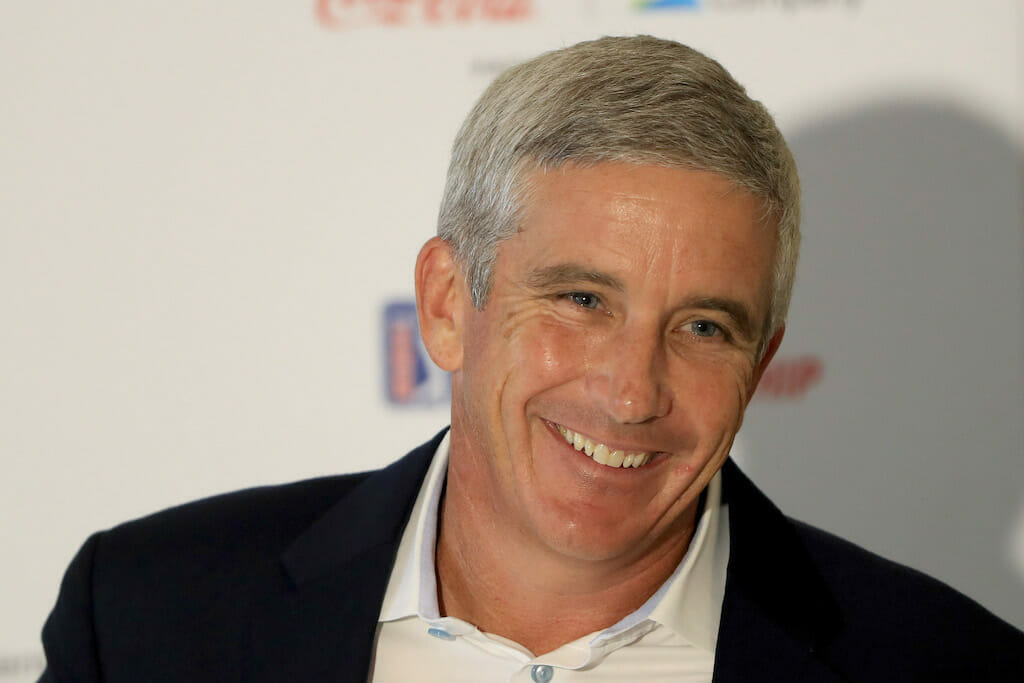 It’s a nice time to be a professional golfer, but particularly if you happen to be a member of the PGA Tour. Since the rumour mill started around Premier Golf Leagues, Super Golf Leagues and Saudi Golf Leagues, PGA Tour officials have been rolling out bonus packages to protect the status quo and there’s no stopping the momentum looking into a bumper 2022 for the game’s elite.

Next year will see the debut of what’s being described as a “landmark television rights deal” that sees PGA Tour Live move to ESPN+. There’s also the PGA Tour’s strategic alliance with the European Tour gathering pace, not least because Europe has gone global under the newly named DP World Tour.

For Europe’s part in that DP play, you could argue that this influx of cash comes at a cost, with a loss of identity and the source of the money obvious causes for concern. But the PGA Tour won’t worry about what their wee friends in Europe are doing. With their brand fully intact, for now, Commissioner Jay Monahan sent an early Christmas memo to his members to assure them that Santa is coming. The Tour is “stronger than at any time in our history” and you guessed it, that means more money for PGA Tour pros. Let’s crunch the numbers:

A 50 grand bonus to show up to work 15 weeks in a year might sound like the most ridiculous hand-out of the lot but remarkably, I actually don’t mind it. It’s tough to get starts on the PGA Tour and though the likes of Dustin Johnson likely spends 50g on a quiet night in, that will go a long way towards helping a fringe player or an up-and-comer cover expenses over the course of… well, a few weeks on that circuit! After all, Chesson Hadley was the last man in at 125 on the FedEx standings last season and he only earned… $940,986.

Look, the money has to go somewhere so why not the players? Although this latest cash injection is a blatant reaction to competition in the global golf market, it’s not unjust. What would be tough to take, however, at least for me, is when the eye-watering figures listed above are no longer enough for the would be defectors to a Saudi-backed Tour. When will enough, be enough? You can guarantee the 2022 prize pool will come up short for many.