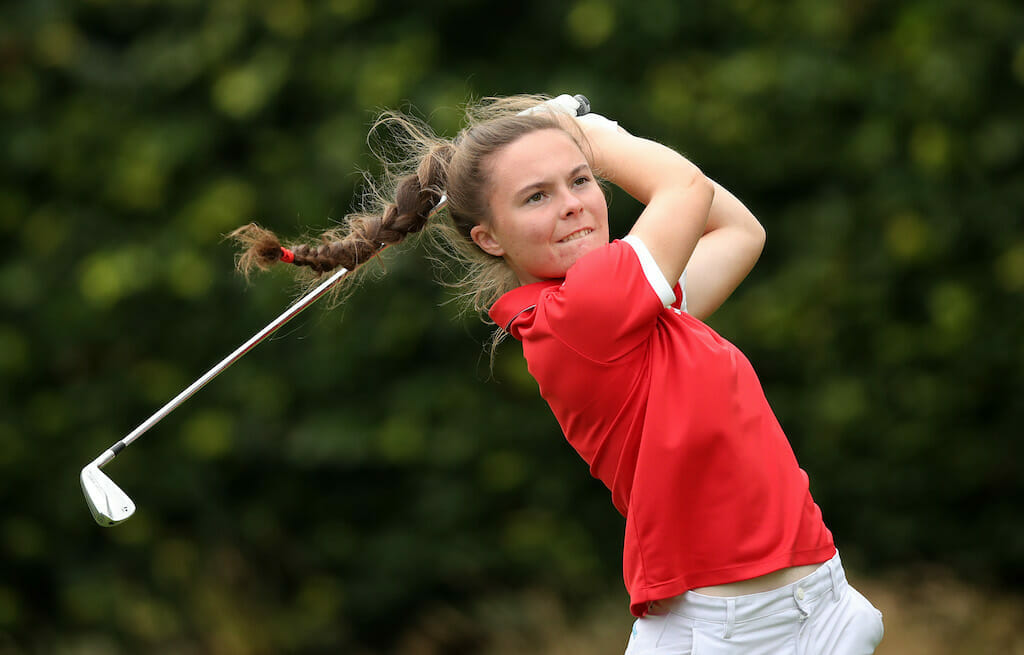 Beth Coulter has followed in the footsteps of programme legend Olivia Mehaffey, putting pen to paper on a Sun Devil Women’s Golf contract as part of a loaded class for 2022.

Arizona State’s 2022 signing class of Coulter, Grace Summerhays, Paula Schulz-Hanssen, and Patience Rhodes has been ranked No. 1 in America by Golf Channel. Each of the four members of the class bring elite resumes with them to Tempe, having already enjoyed plenty of junior and international success.

Another Irish star is taking her talents to Tempe ??⭐️

“It is an exciting day for us to sign the nation’s No. 1 class,” Head Coach Missy Farr-Kaye said.

“We couldn’t have done it without the tireless work of Coach (Michelle) Estill and the support entire Sun Devil Athletics’ community. Our staff is committed to maintaining the excellence of the Sun Devil Women’s Golf program and this class will help us accomplish our goal.”

Kirkistown Castle teenager Coulter was the number 7 pick in the country and brings a wealth of experience to Arizona State. She most recently finished second in the Irish Women’s Open Stroke Play Championship in October having successfully defended her Irish Girls Close title at Tramore in July.

In a superb summer for Coulter, she also became the first Irish player since 1980 to reach the final of the R&A Girls Championship, where she finished runner-up this year. Coulter’s star is very much on the rise; currently ranked inside the Top-150 in the World Amateur Golf Rankings, it’s no wonder coach Farr-Kaye was delighted to capture Beth’s signature.

“Beth has been an up and coming player in the UK for several years,” said Farr-Kaye. “As a member of the Irish National Team, she has shown to be an integral part of the great tradition of great golfers in Northern Ireland. Her tenacity and toughness will be a great addition to our squad!!”

Coming off a fifth-place finish by virtue of an exciting NCAA Championship run, making match play for the second time in program history, Sun Devil Women’s Golf continues to build momentum. It was the 18th time the Maroon & Gold have finished in the Top-5 in the premiere event in women’s collegiate golf.

This year’s team is in contention for another NCAA Championship berth, recently completing the Fall campaign on the Road to Grayhawk. For the second of a three-year run, Arizona State and Grayhawk Golf Club will host the NCAA Men’s and Women’s Golf Championships.

The Sun Devils are enjoying a well-deserved two month break before beginning their Spring campaign. Arizona State won’t compete again until they participate in The Match in the Desert, running Jan. 24-25. This will be the first time the Maroon & Gold will play in the state of Arizona, with the event taking place at Superstition Mountain Golf Club in Gold Canyon, Arizona.