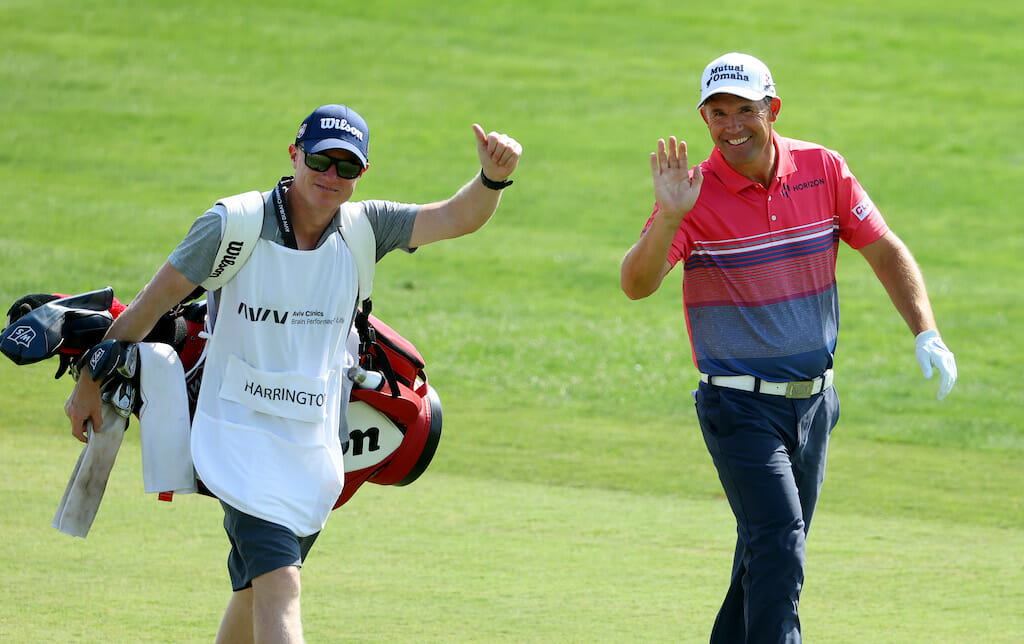 Padraig Harrington has given his support for the newly renamed DP World Tour, though declaring the European Tour should have always been called a ‘world tour’.

Harrington’s back home after going so close to extending a 25th European Tour season by one week in qualifying for Thursday’s starting season-ending DP World Tour Championship here in Dubai.

And while disappointed to go so close in that quest, Harrington’s particularly happy for his fellow European Tour players who finished lower down the Race to Dubai that they will be playing in events boasting double the prize-money than this past ‘regular’ season.

“It’s been my view the European Tour should have always been called a world tour, as the tour has been playing all over the world for so many of its nearly 50-years,” said Harrington.

“So, news last week of the renaming of the European Tour as the DP World Tour is good for golf and like those of us competing, organisers of events are also under pressure to come up with the goods and it’s great the European Tour is doing this.

“It’s great to see the Tour boosting not only the prize-money to $2m for the lesser stature tour events but also strengthening and continuing to boost the prize purse for the bigger events.

“I also like the Tour’s idea to return to countries like Belgium and play tournaments in Japan.”

The opening event of the new 27-tournament 2021/22 DP World Tour starts on 25th November with the co-sanctioned Joburg Open in the South African capital.

Though while the Tour talked of a doubling of prize-money for the ‘lesser’ events on the Tour, next week’s opening event will carry a prize purse of just $US 1.1m whereas the following week’s SA Open also will be $US 1.5m and the third event of the new season, the Alfred Dunhill Championship at Leopard Creek will carry prize-money of $US 1.7m.

It will not be until 2022 proper and the inaugural hosting of the Ras al Khaimah Championship on the Al Harma course, located around a 75-minute drive north from the Emirates Club in Dubai, that we’ll see the first of the new promised $US2m events.

Harrington is back in Ireland ahead of travelling with the family to Orlando where Harrington and eldest son, Paddy will contest the December 17th commencing PNC Father and Son Challenge.