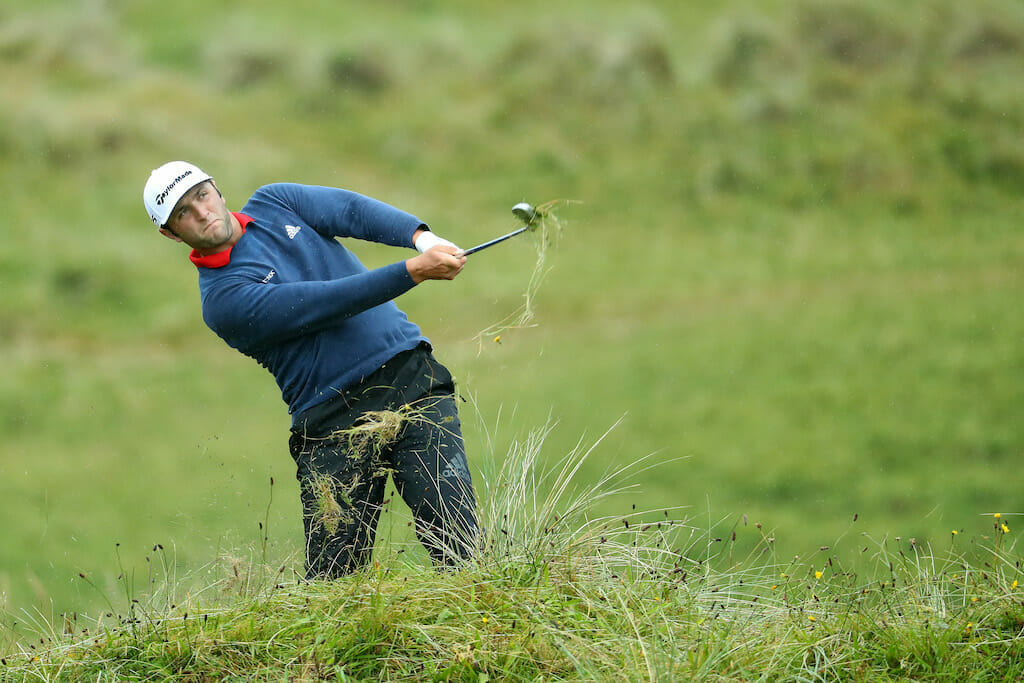 Jon Rahm having a hack in 2017 at Portstewart - Getty Images

The Irish Open returns to Mount Juliet Estate for a second straight year from June 30-July 3, 2022 but I can’t help worry about the strength of field the tournament will attract despite a much healthier $6million prize purse.

Once again the powers that be have turned their noses up at a potential links swing, opting instead for a parkland course two weeks out from The Open. Mount Juliet is a super track – I was lucky enough to play it on the Monday after last year’s tournament and although my golf failed me spectacularly, I could still appreciate the condition of the course, particularly the greens.

The Estate provides a sanctuary far removed from Kilkenny’s bustling streets and I do think both the town and the course deserve to benefit from a fully-functioning Irish Open. Kilkenny has the potential to rival Lahinch when it comes to off-course atmosphere so let’s hope the pandemic allows the punters to go full whack on game week next year.

Still, as much and all as the Irish people will descend on Mount Juliet in their droves if they’re let, the same can’t be said of the world’s best players.

Take the current top dog, Jon Rahm. The Spaniard would dearly love to add a third Irish Open title to his collection but he skipped last year’s renewal and opted for Scotland instead, stating, “In the past, I’ve played the Irish Open, and this year because it wasn’t a links golf course, I decided to play this one. It is a better way to get prepared for The Open Championship.”

That scenario is sure to present itself again next summer, and although Rahm looks all but out, it’s hoped that the JP McManus Pro-Am being staged on the Monday and Tuesday after the Irish Open will entice some of the game’s biggest stars to drop by Ireland early and take in our national open. Sadly, I think that’s optimistic.

Although the likes of Rory McIlroy, Seamus Power and Shane Lowry will no doubt bolster the field, I can’t see a Justin Thomas or Dustin Johnson signing up for a parkland date in Mount Juliet, then two full-on days at Adare Manor before flying to Scotland for some “links” prep at Renaissance and onto St. Andrews. The likely scenario there is players will skip the Irish Open – that’s already competing with the $7.1 million John Deere Classic – in favour of a pitstop at Adare before heading to Scotland. Three weeks in a row is a big ask without the lure of links prep coupled with a two-day charity event in between. I just can’t see it.

I copped a bit of stick last year for suggesting the Irish Open could be so much better. I moaned that although last year’s staging was a success, it was the equivalent of showing a tourist around Ireland and taking them to cocktail bars and Eddie Rockets. Our links offering is what makes the island unique but parkland fans didn’t like my sentiment. That’s nothing against this Jack Nicklaus designed American-style parkland by the way, but if you’re going to have an Irish Open at a Mount Juliet or K Club, the schedule has to change to get the most out of it. In its current slot two weeks out from The Open, only a links course makes sense, and only a links swing will attract the game’s number one player, who I’m sure most Irish golf fans would love to see.