Confirmation bias and why it rankles 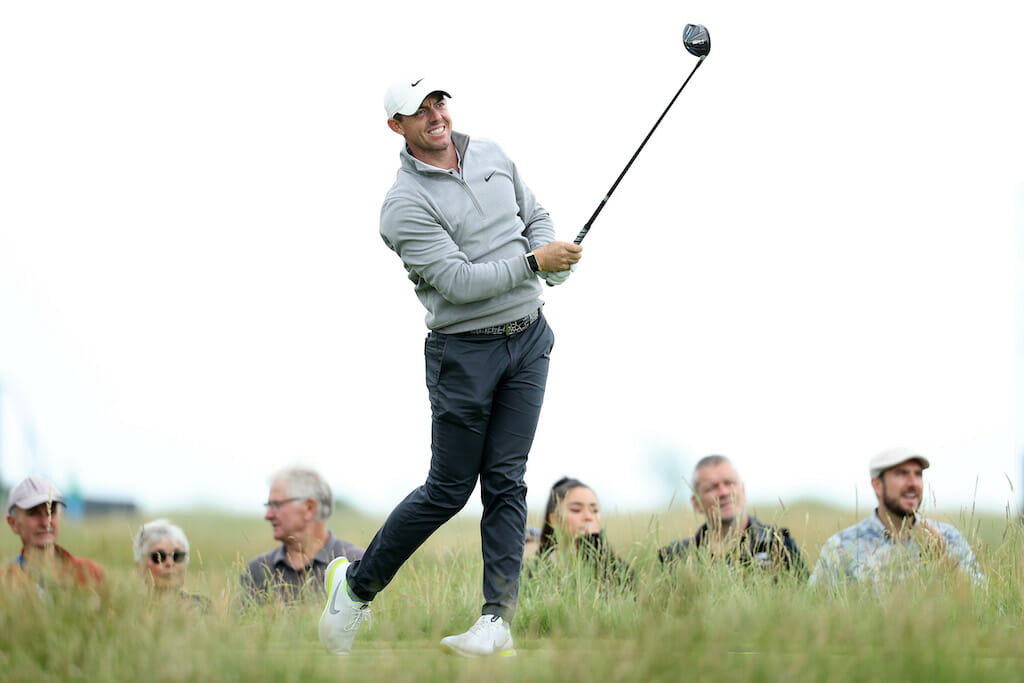 As sportswriters writing after the fact, hindsight is a wonderful thing. The result shapes the narrative and confirmation bias is rife throughout.

I’ve witnessed countless nil-nil draws or smash-and-grab one-nils in soccer where a vastly superior side are frustrated by poor finishing, awful luck, dodgy refereeing and maybe the woodwork, and the minnows are lauded for their plucky resolve despite barely mustering an attack, whereas on another day they’d be trounced five-nil and be widely crucified.

And golf is no different. With the possible exception of Jordan Spieth, whose conversations with caddie Michael Greller often offer a unique insight into which specific shape and trajectory he is trying to hit, we generally have no idea if a shot is exactly as intended.

Rory McIlroy’s 2014 PGA Championship win is a case in point. After struggling in the early stages of his final round, the 54-hole leader saw his lead quickly evaporate as Rickie Fowler, Phil Mickelson and Henrik Stenson all overtook the man seeking his second consecutive Major and fourth in total.

Standing in the middle of the fairway with 283 yards uphill to the par-five tenth, Rory trailed Fowler by three strokes and needed something to happen fast. What followed is something I suspect I will remember till the day I die – due in part to the uncharacteristically bullish bet I’d placed on the Holywood man, such was his rich vein of form – as will most of the golfing zealots in attendance or planted in front of a TV that day.

Bouncing short and a little left, McIlroy’s three-wood approach scooted forward and fed in from the left edge of the green, eventually coming to rest seven feet from the hole. He would make the putt for eagle, the Kentucky crowd went wild, and Fowler and Mickelson on the 11th tee were left in little doubt as to what had transpired just behind them.

With his bouncing gait restored, Rory would go on to hunt down the Americans – Stenson had run into his own troubles by this stage – and the three-wood was the catalyst. “Shot of the Tournament” it was called on the broadcast; “Shot of the Year” in various other publications and articles. The main problem with it? Well, Rory would later admit that he’d actually hit if off the heel, resulting in a low, runner that was pulled well left of the target and by the grace of God, somehow missed the rough up the left side. His target was some 25-feet right of the pin and he intended to fly the ball all the way to the green.

But as any weekend warrior will tell you, there are no pictures on a scorecard and there are no scorecards next to the names engraved on the Wannamaker Trophy.

Thanks to Rory’s honesty we know he rode his luck on that occasion, but think of the countless others who’ve been less than honest about their own strokes of good fortune. Immediately, Tiger Woods’ 2000 Canadian Open win comes to mind.

You know the shot; from the fairway bunker, on the final hole with a one-stroke lead, he attacks the par-five in two, almost knocking down the tucked pin, on the smallest section of the green with a watery grave all round. Incredible? Yes. Intentional? No way. Even peak Tiger doesn’t take that shot on. Not because he couldn’t – he proved he could – but because he didn’t need to. Birdie was good enough to win the tournament, so middle of the green and two-putts was the smart play and, despite being the most talented man to ever hold a club in my opinion, Woods wasn’t in the habit of unnecessarily throwing away leads on the final hole.

Allegedly, whenever quizzed about that shot, Tiger is prone to a wry smile and will leave the inquisitors hanging. That’s evidence enough in my book.

Unfortunately, however, nowhere in golf is confirmation bias more conspicuous, more grating, and arguably more unfair than it is with the Ryder Cup captaincy.

Now, don’t mistake this for a patriotic defence of Padraig Harrington in the wake of the trouncing at Whistling Straits. I’ve long argued that the importance of the captaincy is completely overblown as regards the winning and losing of the Cup, so had the score line been reversed, you wouldn’t be reading gushing praise for the wonderful job captain Paddy had just done. But the overwhelming consensus amongst golf fans should you query European captains since 2004, would go something like this. Langer, Woosie, Monty, Ole, McGinley and Bjorn: good. Faldo, Clarke and Harrington: bad.

Please tell me I’m not the only one who sees a trend there. For all that they got right, the successful captains still relied on a considerable deal of luck, but in the aftermath of Harrington’s captaincy, the selection process, the pairings, the order, everything has been questioned and criticised, with many labelling him the worst captain ever. Why? Well, the score line of course. Since the 28-point format was introduced, 19-9 is the worst ever defeat, therefore Harrington is the worst ever captain. I’m sure some of you reading this will agree with that sentiment, but if you do, then it’s confirmation bias in its crudest form.

Not that I think he got everything right, of course. I’d question certain pairings (but who saw Fleetwood and Molinari going four-for-four in Paris?), the astronaut mannequin (I can only speak for myself but with the world watching and the likes of Bryson DeChambeau and Justin Thomas in the opposition ranks, I’d need little extra motivation), and of course, the dreadful attire (and when you’re getting fashion critique from me, you know it’s bad).

Not a man prone to idle words, Harrington spoke in the run-up of how his legacy would be tarnished somewhat by defeat. Self-deprecation wouldn’t be characteristic of the Dubliner, so I can only assume he genuinely meant it when he said it.

Despite my distaste for his off-course persona and shortcomings in the commentary booth, I’d argue that Nick Faldo’s ill-fated captaincy in no way taints his accomplishments as a player and the same extends to Harrington, Clarke and all others who somehow fail to lead little David to victory over hulking Goliath.

When you win six majors and 37 other professional tournaments as Faldo did, or three majors and 28 others in the case of Harrington, you have successfully taken blind luck out of the equation.

To consider their legacies tarnished by the Ryder Cup would be to add a strong element back in.