They may say I’m a dreamer, but I’m not the only one 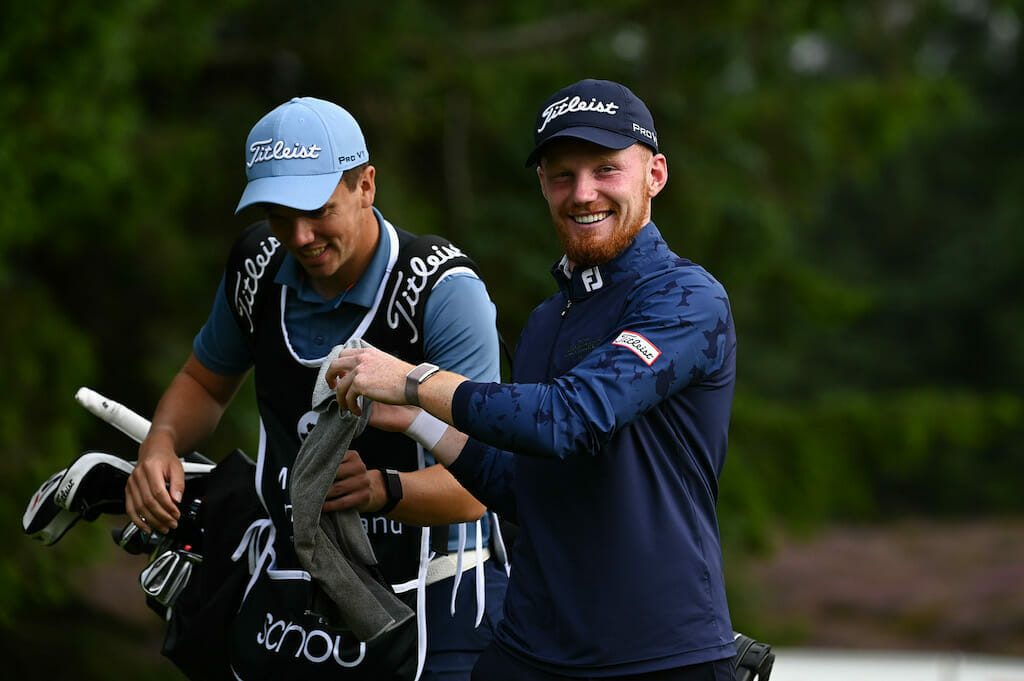 I recently got back from a great stag in Lisbon. Fourteen Irish lads, of all different shapes, ages and sizes, letting off 18 months’ worth of steam on Portugal’s cobble-stoned streets.

But somewhere between my 47th drink on night one, and my first sip the next morning, as the salt water kissed my sunburnt feet, I found myself thinking about journalism, and life, and particularly a piece of ‘advice’ that crossed my path before putting my phone on airplane mode on the flight from Dublin.

“Memo to aspiring golf hacks,” it read. “Don’t try to suck up to the players you’re covering. They will never be your friend. If they respect you, great. If they hate you, even better.”

And I get what they’re saying in so far as many of the world’s great journalists hold people to account in their pursuit of the truth, but this is golf we’re talking about, not the War in Syria, so there’s only so much nibbling you can do to find out why someone’s shooting 79 every Thursday before they tell you to f*** off!

It’s very easy to criticise sportspeople from our place behind the keyboard. Results are right in front of you. There’s no place to hide from undeniable indicators as to whether a player is going to make it or not.

But covering golf is different. One week is all you need. One week to rule them all.

And I get the lure of that drug, why so many players compete well past an apparent sell-by date, thinking and praying and working towards that one game-changing week. Just look at the stories this year. The Richard Bland Renaissance at 48. Ryann O’Toole’s perseverance rewarded. Jonny Caldwell breaking through at 35. Niall Kearney banking cash after years of satellite tour struggles.

It’s addictive, this great game. 24 handicappers find it addictive hacking the ball around while chasing the dragon of that one crisp strike. Imagine what it must be like for those within reach of making a living from the thing?

As I was catching up on the news before the walls closed in on my flight home from tinned fish country, two stories brought a smile to my deathly face. The first, Kinsale’s John Murphy, one of few Irish men fresh out of college with a healthy bank account. At 23, his star is only rising.

I met his would-be caddie at Cork Golf Club last year. In the media room for the Munster Strokeplay, I heard the unmistakable voice of the host of the Talk Birdie To Me podcast, Shane O’Connell. He was on his way to Dublin for a big move after play was finished, about to dive head-first into the Dublin rental abyss and a job that would barely pay for it.

We stumbled across the topic of Murphy. John was still in college at Louisville. He’d just won the Byron Nelson award, guaranteeing him a PGA Tour start at the Championship. Shane was his neighbour, and he was going to caddie for him at the tournament. In fact, becoming a tour caddie was the dream.

So when I read John had banked €81,543 for a tied-ninth finish at the Dunhill, and I worked out the percentages on my fingers, I was chuffed… until I discovered Murphy had enlisted the services of experienced Scottish looper Stephen Neilson to get him around the three links swing!

Shane was back on the bag for another fine result, a top-25 at the Open de Espana and although the money didn’t quite match-up, there’s plenty more where that came from with Murphy’s Challenge Tour card secured for next year.

At the Home of Golf, the pair crossed paths with Michael Hoey. Not quite Jack Nicklaus calling time on his Open career as Tiger’s onslaught began in 2000 but as a five-time Tour winner, Hoey has experienced it all… even working as a DHL courier last year when he very nearly retired from the game altogether as the pandemic ravaged his playing prospects.

Hoey revealed prior to Scotland that it’s costing him €1300 each week to play on the Challenge Tour. He’s within touching distance of a main tour card on the Order of Merit, yet he’s not even making a living.

Having almost pulled the plug on his career, how great now that he didn’t. The 42-year old doubled down on his individual performance at the Dunhill with the lucrative team prize in Scotland. €83 grand richer. More than enough to keep the dream alive for another day.

They may be twenty years apart, but Hoey and Murphy chase the same dream. As a man often found riding the magic carpet through the clouds myself, how could I not admire it? And don’t fret lads, we don’t have to be friends!