How The European Club lived up to its fearsome reputation 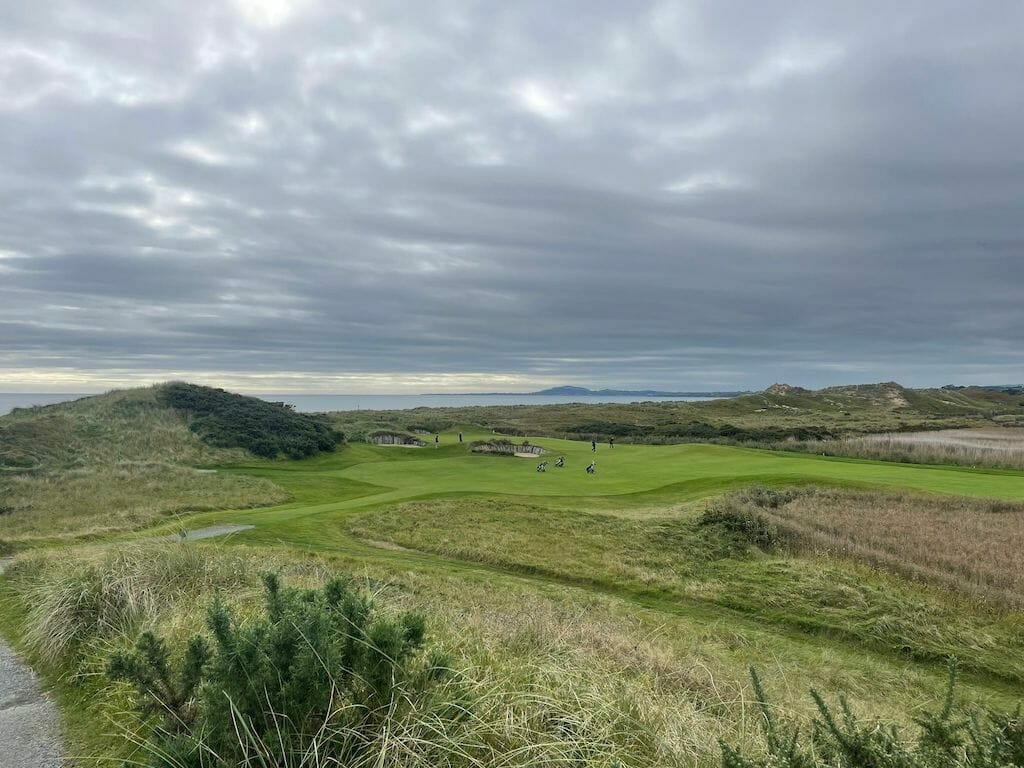 It was take your dad to work day for me yesterday – my 77-year old dad in tow for day one of the Flogas Irish Men’s Amateur Open at The European Club.

En route we talked about the golf course; one neither of us had seen in the flesh. I told him it had the reputation as being one of the most difficult in Ireland. A Pat Ruddy masterpiece not for the faint-hearted. It soon lived up to the hype.

We picked out Peter O’Keeffe’s group to follow for the afternoon. Winning all-round him this year and going for the Irish Close/Open double, he was playing with young Roganstown teen Sean Keeling and a visiting yank with a lofty reputation of his own, Trevor Randolph.

Walking from the carpark to the clubhouse, Castle’s Robert Moran walked past us.

“He looks the part,” Dad noted. A good eye; Moran’s playing some brilliant golf this year, a key part of Ireland’s winning Home Internationals team and up to a career high 200 in the world amateur golf rankings.

I checked his score as we walked. He’d just carded an 8 and a 7 and called it quits after 13-holes. And this was on a benign day. Tough track alright.

We figured we’d catch O’Keeffe around the fifth, cutting through the tropical brush by the clubhouse that felt more Copacabana than Brittas Bay. It took longer than expected to get there because we ended up joining three separate search parties for AWOL golf balls. It’s no wonder they went missing – in his efforts to help, Dad lost a shoe in the hay off the third. We found it before his three minutes were up. Safe to say no golf balls were located.

We caught up with O’Keeffe’s group and followed them down the par-4 sixth (which turned out to be the traditional seventh because the second was being replaced by 12a for the Championship – confused? Imagine how we felt!). According to a sign on the tee, this particular hole was voted amongst the 100 best in the world. I’m not sure 49-year old Randolph would agree. We perched up beside him taking a drop after finding the gorse on the left from the tee. To his right, out of bounds lurked menacingly along the right edge of the fairway all the way up to the green.

“Is that the OB just right of the green there,” he shouted to O’Keeffe on the fairway ahead.

“Looks like the ball could just roll right into it?”

“I don’t think we should be discussing it too much,” O’Keeffe said.

With the picture of OB firmly in his mind, sure enough, Randolph found the white stakes with his third. He would trudge off with an impressive double-bogey.

“T-bone’s a quality player,” his buddy from Manhattan told me, a ball-spotter for the group. “This place is just demonic. I love it!”

And Randolph was quality. In 2018 he became the first man to win four Mid-Amateur titles in NJSGA history. After getting up and down from the green-side bunker on 15, he looked up at O’Keeffe, deflated. Spent.

“How many holes left to go,” he asked, despite just marking his card.

He wasn’t the only one flagging. We almost lost Dad in a grass bank on 13. Climbing for the perfect vantage point to watch the lads bomb it on the par-5, I put the commentator’s curse on the Douglas bomber, talking Peter up as one of the biggest hitters I’d seen.

He sprayed one right, snap hooked one left. Five off the tee and marching hopefully to find his first, O’Keeffe thought he had problems. Behind him, a pensioner was in the process of falling over as only a pensioner can. Slowly.

You see, Dad shuffles more than steps these days. My girlfriend thinks he walks like a penguin, and not lifting your feet in the tangly rough spells trouble around Ruddy’s devilish design.

I thought we lost him, truth be told. It was like watching Tiger’s famous chip on 16 at the Masters. The ball teetering on the edge of the hole. ‘It can’t stop there. It has to fall’, but alas, the old man defied gravity and landed on his feet. Perhaps more miraculously, O’Keeffe found his first ball and made birdie. A five-shot swing and no helicopter rescue necessary. All’s well that ends well.

Though not in the case of O’Keeffe.

I was only bragging about how I picked out the group that included the then day one leader as we followed O’Keeffe and co down 16. He fired a stunning approach over the flag of the par-4 and lipped out hard for birdie from 10 feet.

Still one-under, he came up short from the middle of the fairway with sand-wedge in hand on the penultimate hole, spinning off the green and making bogey from nowhere before the real drama unfolded on 18.

O’Keeffe found the fairway bunker left from the tee. And by bunker, I mean the deepest of war-time fox-holes. Dad shuffled over to inspect the lie; he was outpacing Randolph at this point as the American frisked his golf bag for an eject button. Dad shook his head like he was acknowledging a bereavement. Not good.

O’Keeffe could only chip out backwards, then mis-hit his approach to the green as his round threatened to unravel. I only realised by how much when I walked over the brow of the hill. Ruddy’s final trick, an unnecessary water hazard guarding the green. Looking at it, it felt a bit like someone going to a restaurant and ordering their steak well done. Why kill the thing twice? This hole had more than enough terror to it already.

Luckily, O’Keeffe’s ball had pitched and stopped on the water’s edge. It was a merciful break. The fairway fox-hole had been punishment enough. He walked off with a double-bogey six and although he internally was probably fit to kill someone, he even answered the media’s questions post-round.

“It would’ve been lovely to make a four at the last but I’ll be over that in ten minutes. I’ve got a handle on this course. It’s a complete patience game,” he said.

For what it’s worth, Dad conceded that the course was “a bit much for him”. I think it would be a bit much for most of us but as every volunteer and spectator we chatted to noted, there’s not a bad hole in the place, and there’s no easy ones either.

We went to Jack White’s Inn back out on the main road for a well-earned Guinness after – €4.20 I might add. I thought it was nice that Dad asked if watching the tournament would normally be free or was he getting special treatment with me. And it was a fair question. Given the setting, the standard and the access, the day was worth paying for. The only surprise is that more people don’t take advantage of the privilege. 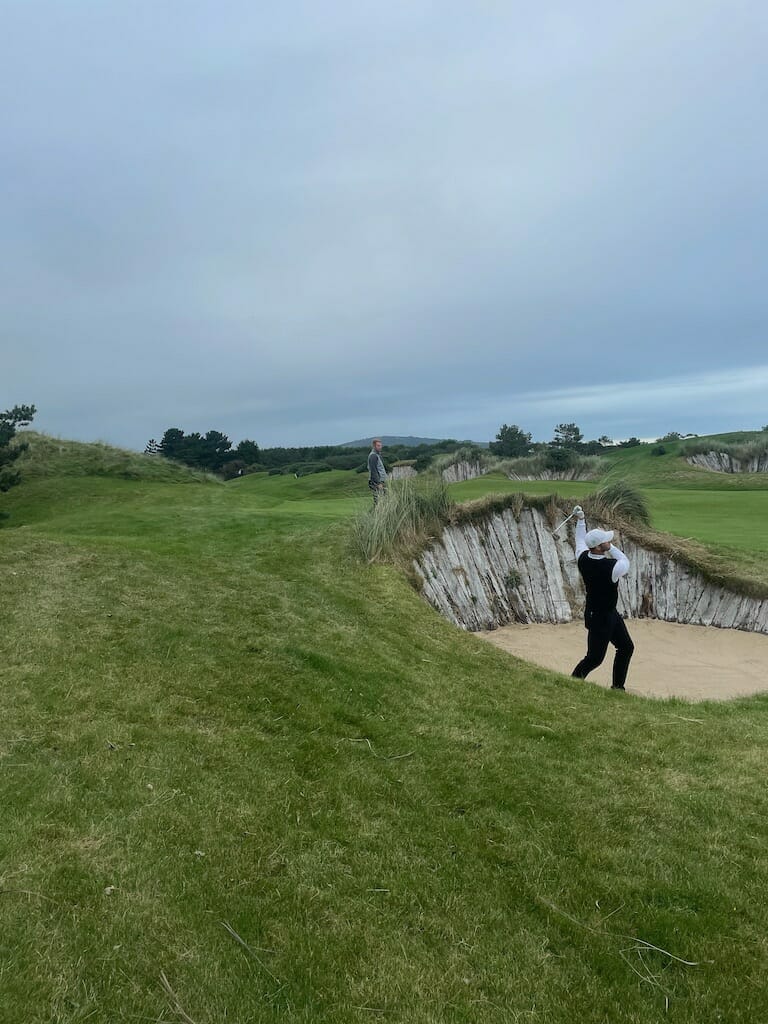 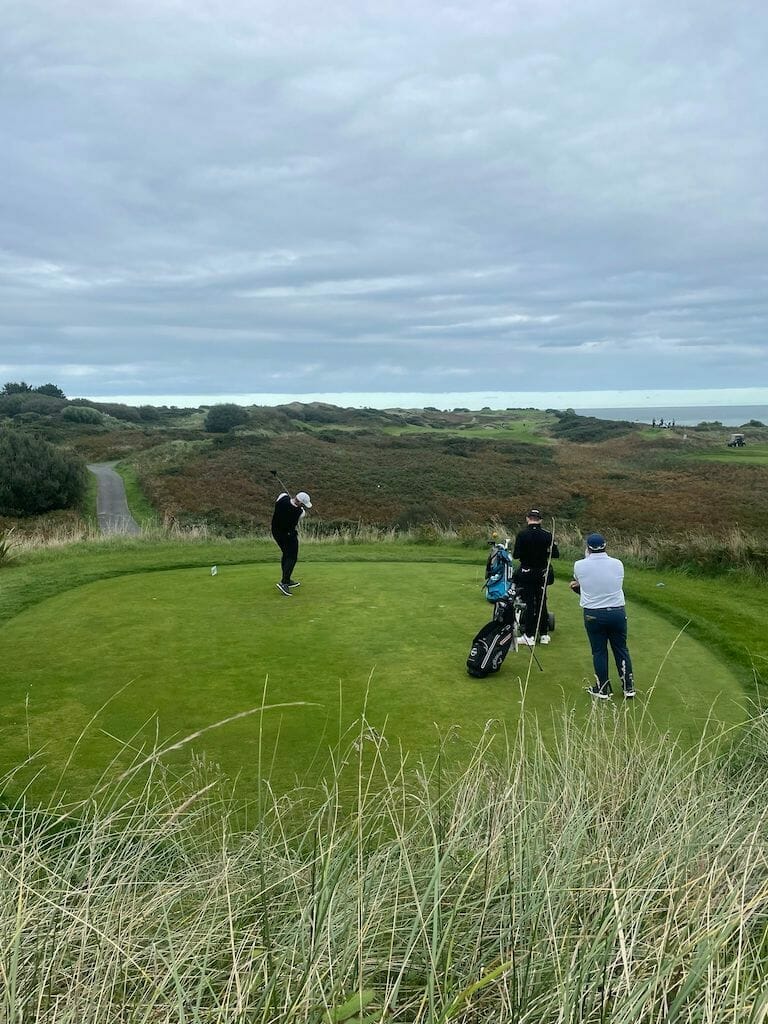 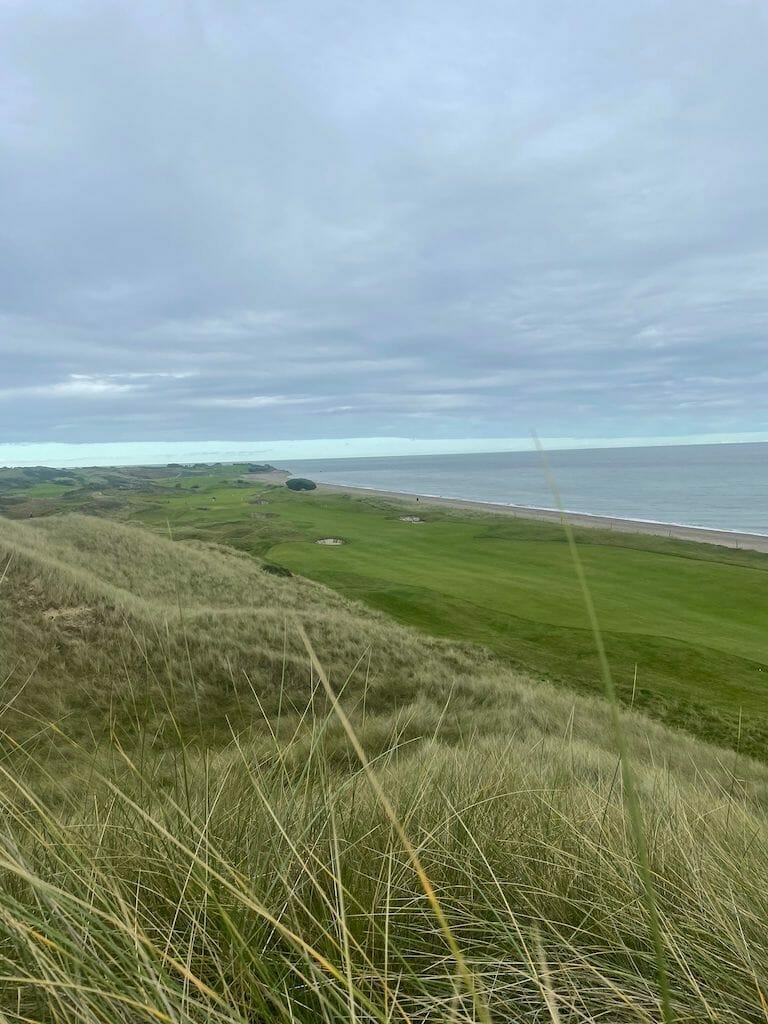