Who’s next in the Captain’s seat? 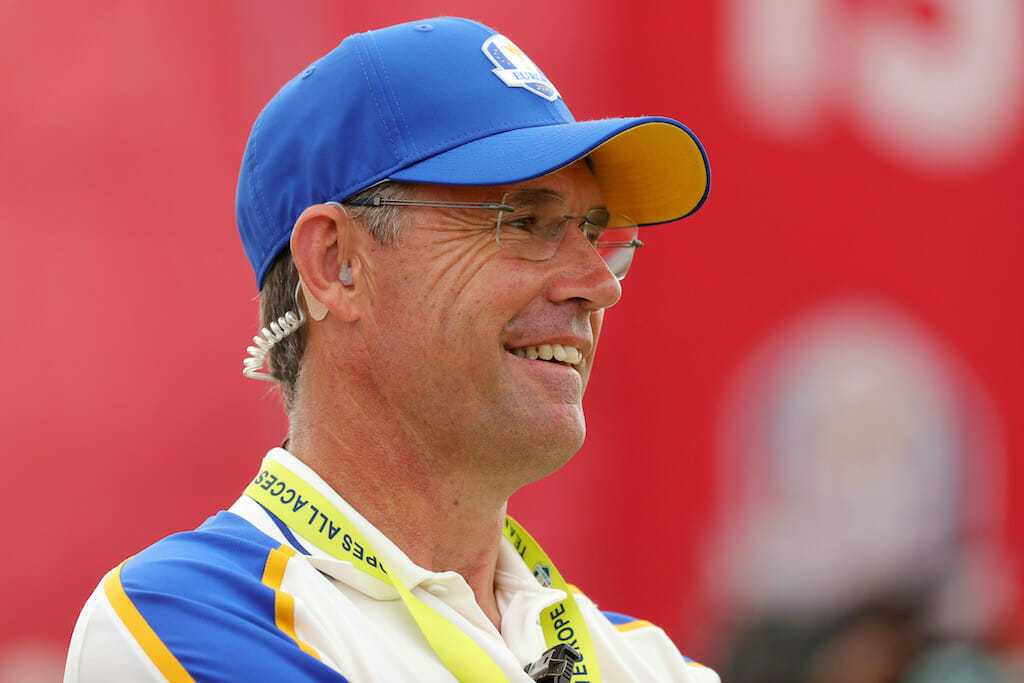 By all (published) accounts, Padraig Harrington is continuing to second guess his own captaincy role at Whistling Straits. As always, he has been honest and open with the media who will continue to ask questions for as long as he gives them answers. It’s Padraig’s nature to analyse and attempt to learn from every experience.

It may be all be ‘good copy’ and very interesting but it’s a waste of his energy. He should now be concentrating fully on his own game again and starting to ‘make hay’ on the Champions Tour, which I’m sure he will do. Winning is winning wherever it is achieved, and Padraig will enjoy any future wins as much as any wins he has enjoyed in the past.

Every losing, non-playing captain of a high-performing golf team will tell you his role felt like being a backseat passenger going down Corkscrew Hill in a car with no brakes. He could see the crash coming without being able to do much to stop it – and it was all his fault! Being a non-playing captain means too much credit if you win and too much blame if you lose. When it’s over, it’s over. Treat these two imposters just the same as Rudyard Kipling wrote.

No matter how good a captain is – he can never be better than his players. A bad captain can destroy proven excellence. Whereas guiding a team to perform better than the sum of its parts is strictly for ‘miracle-workers’ with an ability to know not only what to say but when to say it. Who cares if it is a combination of psychological confidence building and scare tactics or the inspired ability to make the right partnership match ups? Circumstances can often conspire against a captain putting the right combinations together. A team of 12 that played with nine different golf balls (which Harrington was faced with) was a puzzle to challenge an Einstein quite apart from “some players playing great in practice and others playing terribly”.

Golf may be a numbers game, but statistics do not tell the full story either.  Team USA hit 1% more fairways, had an average margin of 4-yards extra off the tee, Team Europe found ‘trouble’ 2% more often. On such small margins is a record winning margin built.

In golf, it’s always the next shot that matters. In Ryder Cup terms, it’s who will be the next captains that matters now because it’s a stone-cold certainty that neither Stricker nor Harrington will be involved in Rome in 2023.

America first: Zach Johnson is the over-whelming favourite to succeed Stricker although Phil Mickelson or Tiger Woods have also been mentioned. My money is on Phil for New York in 2025 and Tiger at Adare in 2027. Seems straightforward, doesn’t it?

Westwood seems to be in pole position to be in charge in Rome and I cannot see him turning it down if the offer comes his way. Poulter is already the favourite to ‘take on’ the rabble-rousing Mickelson in New York and he certainly won’t decline the opportunity, if it is offered. He’ll revel in it. Rose could yet pip the early favourite, McDowell in Ireland in 2027. Who’s to know at this juncture? Garcia and McIlroy may be in the running in Ireland too? Six years is a long time in a golf career that is on the wane. Whomever the future captains are – their jobs won’t be easy: win, lose or draw.