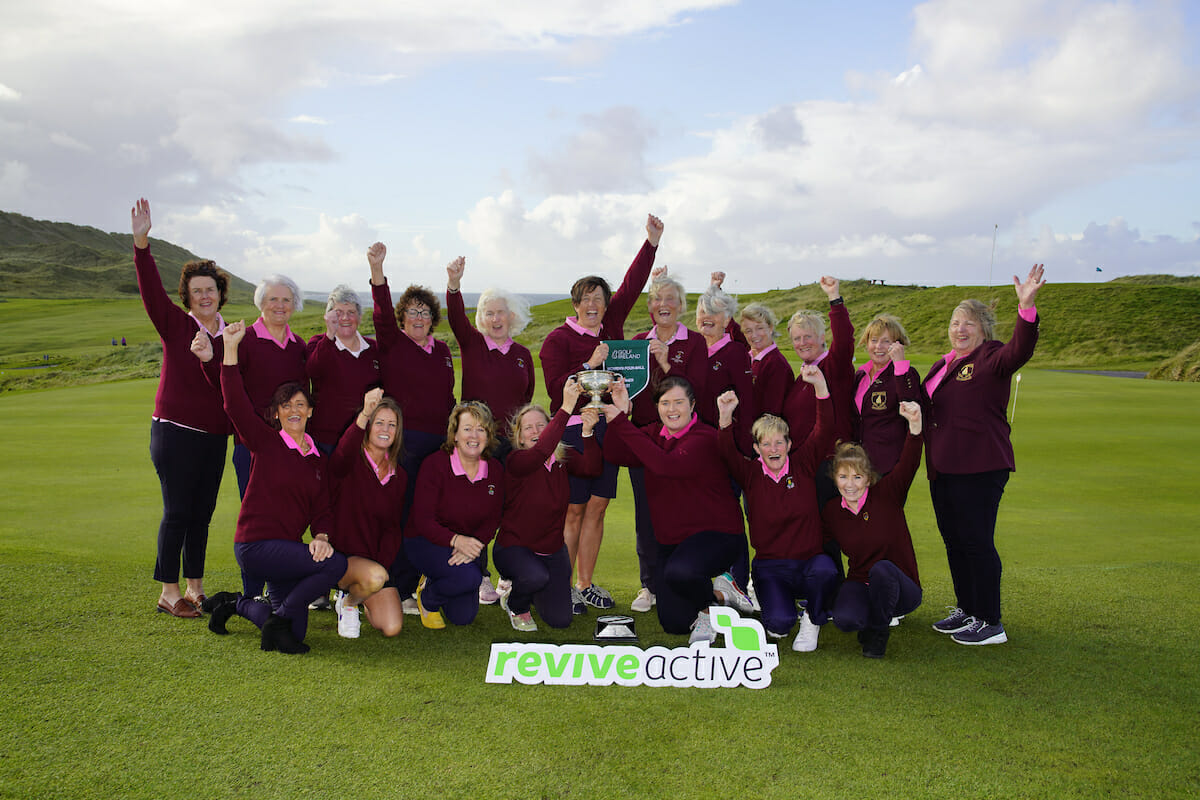 Ballybunion are the 2021 Revive Active Women’s Four Ball champions after the Kerry club defeated Ballycastle 4-1 on a testing day at Strandhill GC in Co. Sligo.

In tough conditions, Ballybunion won the bottom three matches to take the Women’s Four Ball title for the second time in their history when Georgina Keane and Lorraine Canty won the decisive point, defeating Joan Kennedy and Briege Loughrey, with Keane holing a lengthy putt on the 17th to seal the title.

“Standing over the putt, I knew I had to hole it”, Keane said shortly after the win. “We had a long road to this moment, playing seven matches to get here. I wanted to get it for the team.

“Strandhill is a quirky course. The wind changed every day. The course was in brilliant condition, despite the weather. It was brutal for a few holes out there today.

“For the club alone, it’s brilliant to win this, but we have a great bunch of women in Ballybunion. This win is for the team, and for them.”

“We have held these Finals in all four provinces and I want to thank all the Golf Ireland volunteers, local clubs and local volunteers for their support throughout the year too.

“On behalf of Golf Ireland, I finally want to thank AIG and Revive Active on their sponsorship of our club competitions this year. Their support has been invaluable.”