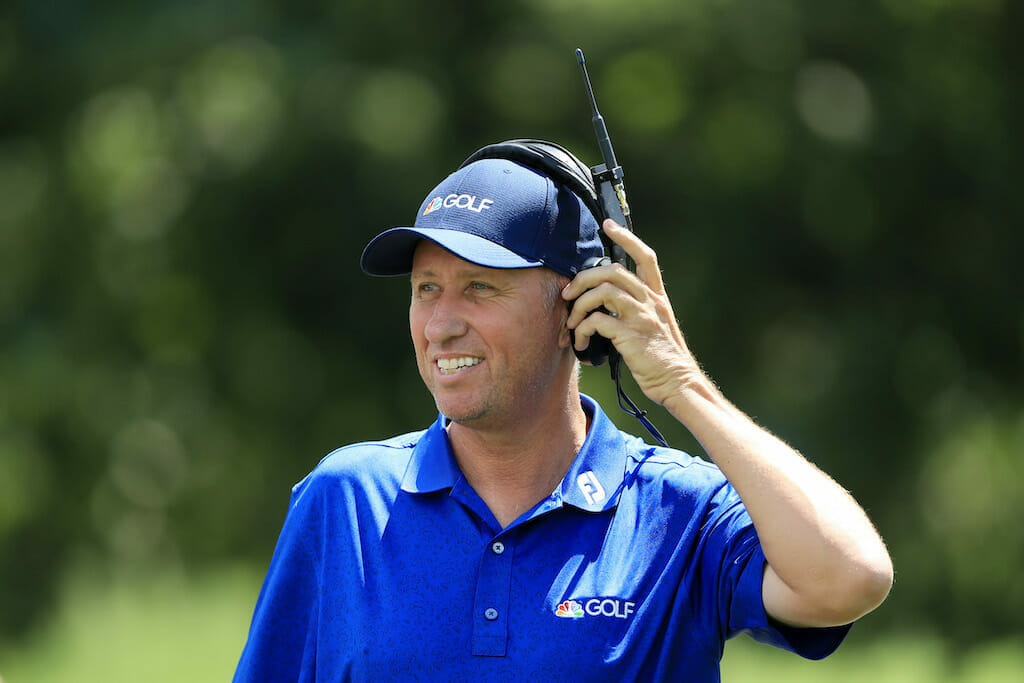 Jim ‘Bones’ Mackay, long-time caddie to Phil Mickelson and more recently a roving on-course, golf analyst for NBC TV, has made some interesting observations about this week’s Ryder Cup.

He has boiled the outcome down to “the team that holes the most 20 footers wins!” Well, sorry Bones, but that’s a lottery and I wouldn’t want to be depending on guessing that to help me predict the outcome at the bookies.

Bones also has utmost faith in Team USA Captain, Steve Sticker. He can’t praise him enough. He says the U.S team has “the required length off the tee to have a slight advantage” over the Europeans.

I say it won’t be seen as much of an advantage if the Americans spend an entire three days of golf looking up at greens with a European golf ball nestled close to the pin. Nor am I convinced that Stricker has the passion and emotional strength to induce the Yanks to perform at their best. He has never shown that trait in his character previously. How many majors has he won, by the way?

In matches of 18-holes duration, anyone can beat anyone, and anybody can win. One mistake and one birdie ‘against the head’ back-to-back can mean the momentum has shifted irreversibly, there’s no way back and almost certain defeat is staring you in the face.

Ryder Cups are not played on paper or an OGWR chart. The Euros are always more emotionally up for a battle against the tide and see themselves as fighting for a cause. To be frank, if Europe did not see it that way, they would never win.

Bones has expressed serious doubts about three Team USA players: Collin Morikawa has a bad back, Bryson DeChambeau’s has damaged hands (due to over-practicing for a long driving competition and Brooks Koepka has a bad attitude (according to Bones and other commentators). I can’t comment on that because I don’t know if it is true or, how true it might be? I do know Dustin Johnson and Brooks were at loggerheads and reportedly close to blows during the last matches in Paris. Can’t imagine them being buddy-buddies this time, can you?

My most serious doubts are about the me, me, me attitude of American Society as a whole. It’s not easy for an entire group to change just for one week every other year or two, or three. Sports teams are often perceived to be as weak as their weakest link. Unless the Americans can feel ‘a deep pain of loss’ on foot of the result they suffered in Paris last time their chances of winning this time are reduced immensely.

I can’t imagine any team captained by Padraig Harrington to be found wanting in the passion, emotional and commitment departments. The Americans will have to play a lot better than the Europeans to manage to beat them on what has been termed the most European (sic. Irish) style venue ever used in America.