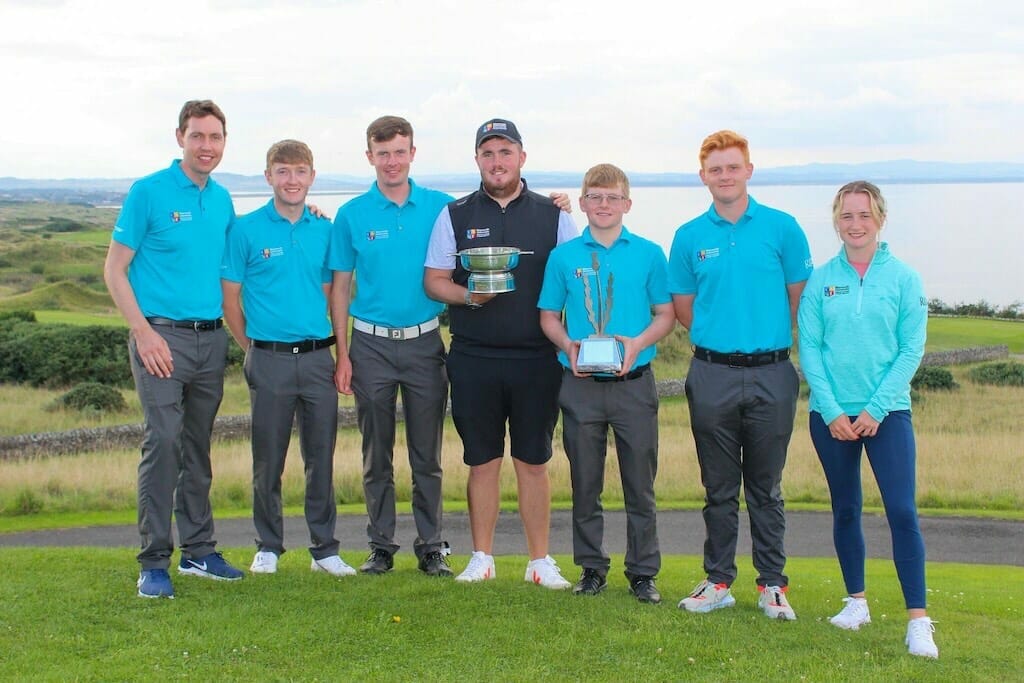 Maynooth University enjoyed a double win in the individual and team events as the R&A Student Tour Series teed off in Scotland at Fairmont St. Andrews.

David Kitt (Athenry) won the men’s individual title with scores of 71 and 69 before signing off with a stunning 64 for a 12-under par tally. Kitt finished one stroke clear of England’s Ben Quick with Maynooth pair Harry Gillivan and Eoin Murphy sharing fourth at seven-under. 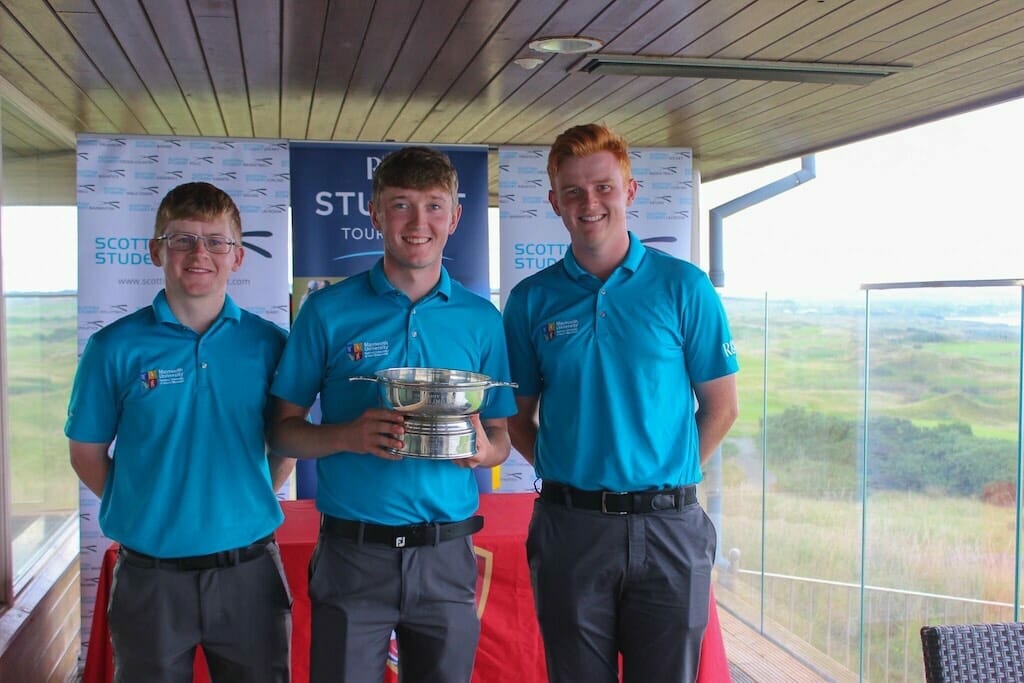 Meanwhile, it was total dominance for Maynooth in the team competition with their first and second sides tied atop the team table at 15-under par, seven shots clears of Sterling back in third. Maynooth 1 prevailed on the final day courtesy of a better final round score.

The event was co-sanctioned with the BUCS Golf Tour and is known widely as the Stirling International (hosted by Uni of Stirling). MU won the event for the first time in 2018.

Maynooth will hope to double down on their success when the next stop in the series touches down at The Montgomerie Course at Carton House from 4-7 October.