Smith leads after opening round at Irish Senior Women’s Open 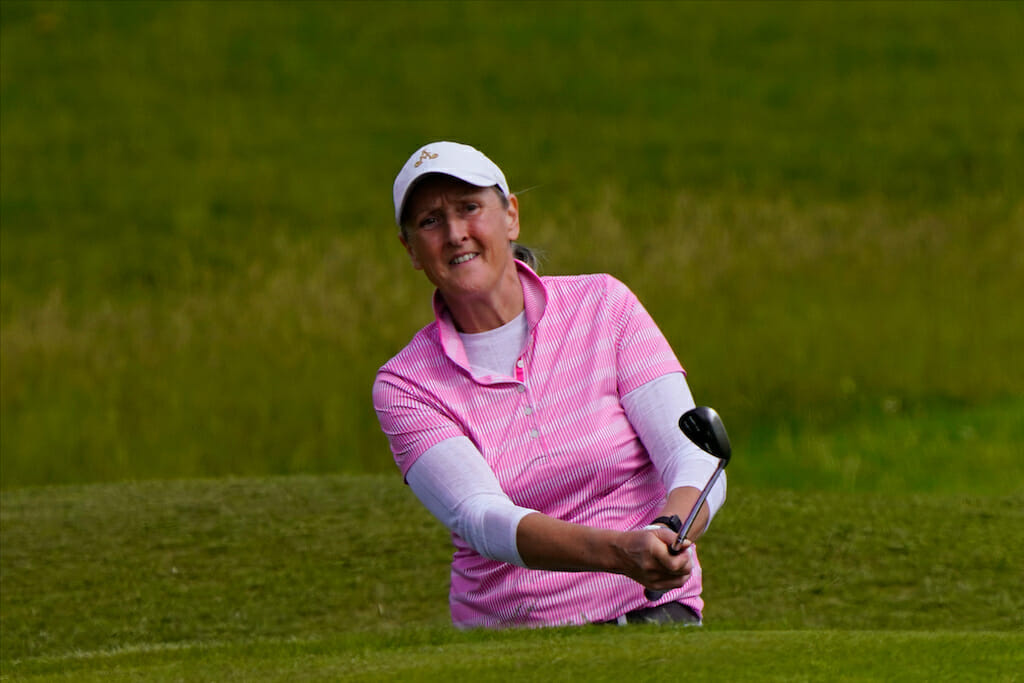 Smith began her round with birdies on the opening two holes, but went to the turn at level par. A birdie on the final hole ensured a two-shot lead over her playing partner Webb. Ireland Women’s captain Webb is Smith’s nearest challenger. Her round of +3 included two birdies, three bogeys and a double bogey.

Wickham’s opening round of +5 sees her remain in touching distance, with Thurles’ Marian Finn a shot further back. Five players are in a tie for fifth on +7, including Finland’s Minna Kaarnalahti.

The leaderboard has an international flavour with English duo Jayne Fletcher and Jane Sly in a tie for tenth on +8.