Has the Bryson bashing gone too far? 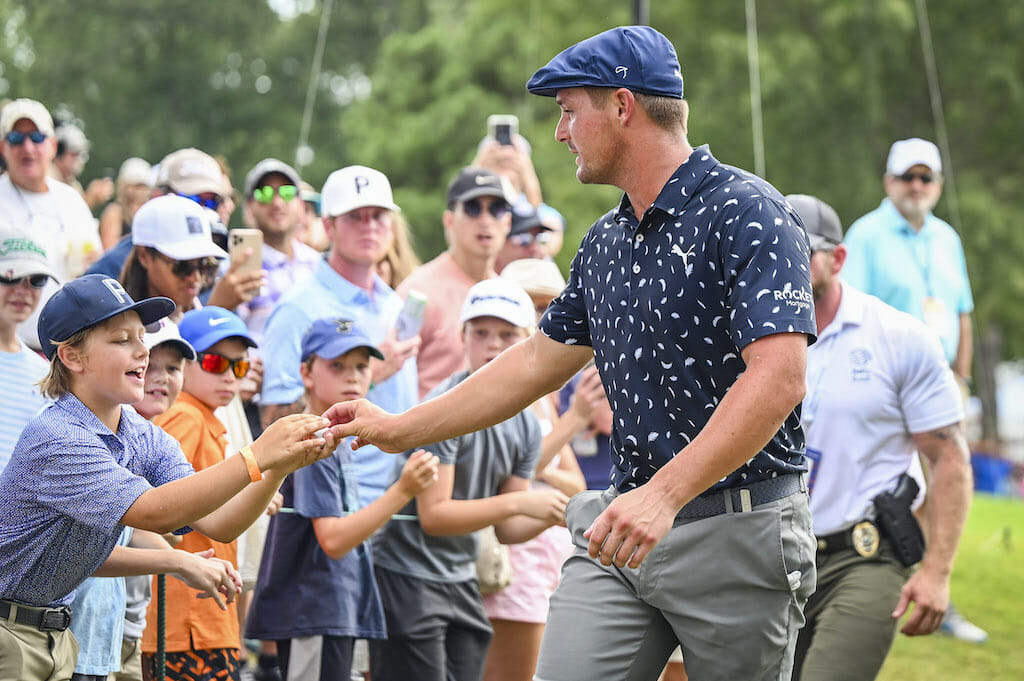 “In my heart of hearts, I really think I’m a great person, and a really good person to be around. I think that’s why I’ve done a lot in social media, done a lot of YouTube series, to showcase myself in a different light because I want people to see that side.

“I think there’s a lot of greatness to that, and also humbleness.”

No, that’s not an extract from one of Nelson Mandela’s speeches, rather it’s Bryson DeChambeau explaining that the reason he puts a lot of work into creating his social media profile is because the version of Bryson we see on a daily basis isn’t a fair representation of himself.

Insecure much? Absolutely, but perhaps it’s this fragility in Bryson’s swollen shell that’s been playing on my consciousness of late. For a number of weeks now, Bryson has been the butt of the joke but the more this one drags out, the more the comedy turns to tragedy. Worse still, the more I feel sorry for Bryson.

“I’m somebody that doesn’t necessarily like controversy,” DeChambeau claims, the spotlight forever finding him despite his apparent eagerness to avoid it.

“I just like doing my own thing. Do I like showcasing something unique and different? Yeah, but I guess what comes with that is controversy, and I guess that’s something that I don’t necessarily deal the best with sometimes.”

Note the understatement. Not only does he not deal with it “the best” at times, but too often DeChambeau reacts like a petty child, not least when he called out equipment manufacturers Cobra for arming him with a driver that “sucks”, the sword and not the wielder at fault for Bryson’s aversion to hitting a fairway.

According to Cobra’s Tour Operations Manager Ben Schomin, the outburst was like “an eight-year-old that gets mad at you. They might fly off the handle and say, ‘I hate you’, but we know as adults that they really don’t mean that.”

Do I think DeChambeau is being bullied for being different? No way. Don’t forget it’s DeChambeau who goes out of his way to tell us just how different he is. Bryson is being picked on for being Bryson.

It takes a rare personality to unite the individuals of the Tour against a fellow competitor but DeChambeau’s unwillingness to shout fore has managed to do just that – Edoardo Molinari, Bernd Wiesberger, Richard Bland and Ross Fisher among those taking umbrage with Bryson’s hankering for launching missiles at crowds without consequence.

There was also the controversy of Bryson missing the Olympics due to a positive Covid test, and the pride with which he delivered news that he would be opting out of a vaccine. Of course there’s no mandate to have one, and the decision remains a personal one, but to go on public record and state “the vaccine doesn’t necessarily prevent it from happening”, despite the science saying you are undeniably better off having it than not, is ignorance only one as self-obsessed as Bryson could spout without second-guessing its merit.

To then go on and state “I’d rather give it to people who need it”, as if he’s selflessly giving up a life raft for women and children escaping a sinking Titanic and not rejecting a jab that’s in abundant supply, is a level of spin not even his ‘sucky’ King Speedzone driver could muster.

So yeah, Bryson isn’t innocent in all this – far from it – and yet despite that, I feel a little sorry for DeChambeau. Maybe it’s because I’m a great guy, and humble, but I can see how Bryson’s ongoing tiff with Brooks Koepka is having a significant impact on his game.

The constant goading of “Brooksy” from outside the ropes might seem like juvenile name-calling but if DeChambeau really is like the eight-year old Schomin describes, then whatever about sticks and stones breaking bones, those names are really hurting.

I’ll admit that I welcomed the Brooks -v- Bryson rivalry initially, salivated over the leaked footage of Koepka’s uncontrollable disdain for his compatriot and the ensuing back and forth on social, but much like a battle between two UFC brawlers trading blows, the fun stops when one man gets beat up bad. Bryson stopped defending himself long ago. He looks unhappy in his work and is readily avoiding media commitments post-round as the pressure mounts around him. Something has to give.

But as much as I feel for Bryson, he remains the common denominator in all this. Bryson is the one uniting rivals against him; compelling fellow pros to call his antics out. Sure, I don’t know the guy. I don’t claim to. I don’t want to, but I find it quite telling that the man who perhaps knew him more intimately than most – former caddie Tim Tucker – chose to part ways with one of the most lucrative bags in golf for his own self-preservation.

At this stage, Bryson needs to stop throwing the toys out of the pram and start taking responsibility for his actions. I hate to say it, Bryson, but it’s time to grow up.