Reflecting on men’s golf in The Olympics 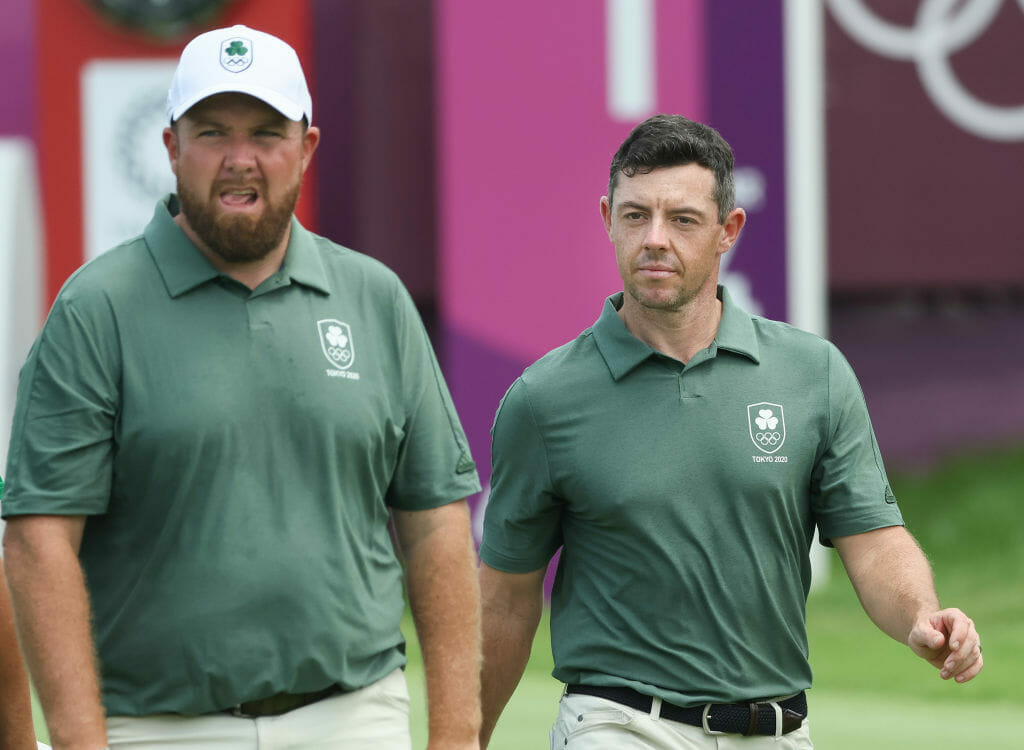 Mutt: Seeing as you have always been vehemently opposed to golf-in-the-Olympics, I presume you did not watch any of it?

Jeff: Without intending to, I woke up early and out of curiosity, turned on the TV and saw Rory McIlroy’s group and the Matsuyama, Schauffele and Casey trio playing the last three holes, then continued watching the play-off for the bronze medal, which, to be fair, was exciting simply because it was a proper golf contest. I’ll watch the concluding stages of any golf competition with interest. It was as plain as the nose on my face that Rory poured his heart and soul into trying to win a medal but, it wasn’t to be. Rory was unlucky with a couple of his putts but Matsuyama even more so. He could easily have won the gold.

Mutt: So? Have you changed your opinion about golf in the Olympics because Rory certainly has and now declares himself a committed enthusiast.

Jeff: I see it in simple terms. In most sports, The Olympics are the absolute pinnacle of achievement. In golf, the pinnacle is never part of the scenario due to being a limited field event. Nor will you ever convince me that golf is a suitable sport for the Olympics even if I do understand why it is there (to help promote the game in countries where golf is almost unknown). I’m sceptical about that and believe damaging the game in traditional golfing countries is more likely due to disruption of the existing pro tours. Already there are casualties in the form of losing two WGC events in the 2022 calendar.

Mutt: Nothing to do with The Olympics! The WGCs are over-priced from a sponsor’s perspective. I’m an Olympics fan! As far as I know any golfer who has participated has enjoyed the experience and has no regrets about taking part whether they won a medal or not. Isn’t that the true spirit of the affair?

Jeff: I would accept that and agree that the argument that the Games should be for amateurs only is outdated. If the Olympics are for the best of the best, the days of amateur participation are long gone – in every sport. Perhaps, incorporating a team format could add something extra but it’s not guaranteed.

Mutt: I’d prefer to see a traditional course in the host country used instead of a completely new one like they had at Rio or an American Architect, Tom Fazio, renovating the Japanese venue in the fashion of an American-style, PGA Tour course for Tokyo. Le Golf National in France, so successful as a stadium course for the Ryder Cup in 2018, will host a fantastic tournament in three years’ time.

Jeff: C.T. Pan winning the seven player playoff was good. He would not have been a serious medal contender. To see a Taiwanese doing well especially when forced to play for ‘Chinese Taipei’ was a punch in the nose for China to suffer. As for the South African-born, Sabbatini, representing Slovakia – that was odd. Does it make him eligible for the European Ryder Cup team?

Mutt: I love seeing golf in The Olympics and genuinely consider winning the gold medal to be a higher honour than winning the PGA Championship or The Masters. I bet you Justin Rose and Xander Schauffele would agree!

Jeff: I’m glad you did not include the US Open and Open Championship. They’re supreme!