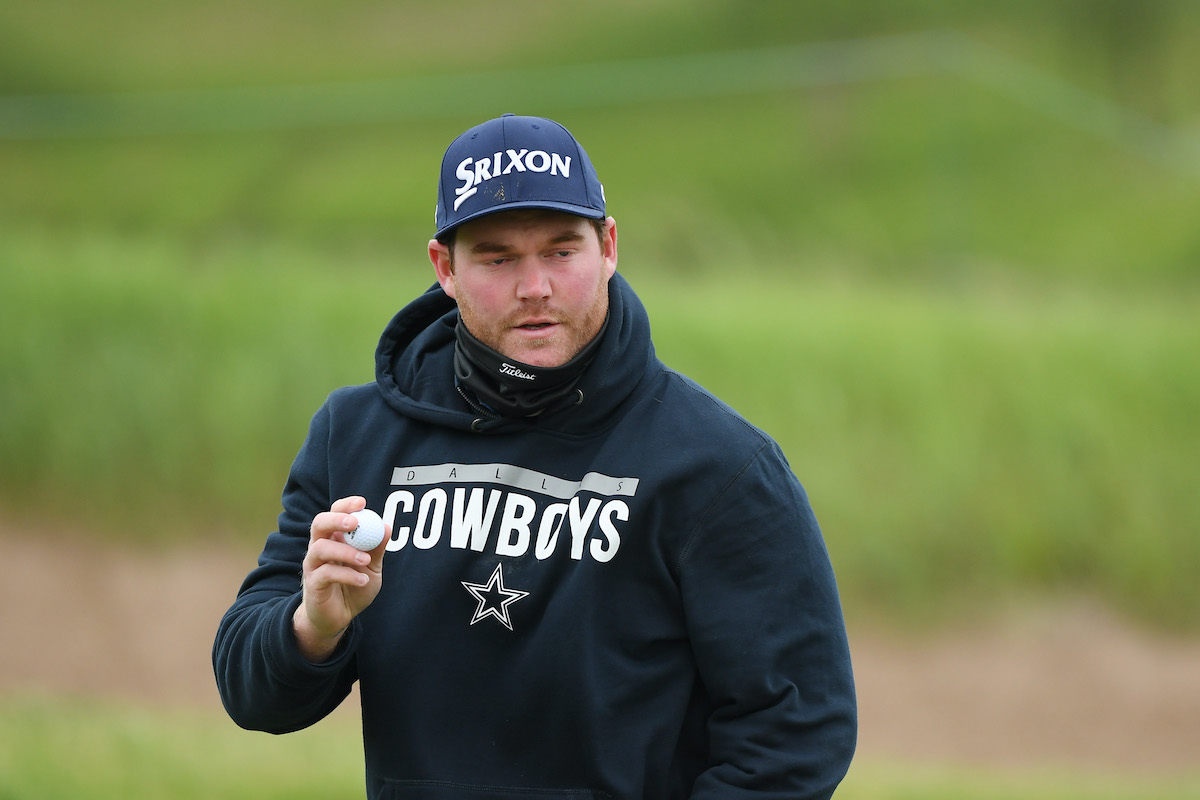 “I’ve played on the PGA Tour for five years. There’s been lots of ups and down – mostly downs. I have no wife; no girlfriend. I don’t travel with mentors, coaches or companions of any sort. I’m on my own. I pay my own way: caddy, hotel, food and airfares. I’ve struggled with injuries but what is happening to me internally is more damaging.

“One win in five years doesn’t pay the bills. I’m on probation with a $20,000 fine (that I don’t have) hanging over me because I got drunk in Hawaii and there was a minor incident. Nobody got hurt. I hate complaining but the lifestyle on the PGA Tour turned me into an alcoholic, and now the Tour won’t help me.

“I’m not the first golfer to have a drink problem but I get no support from the Player’s Advisory Committee, which should be there to help cases like mine; no advice, no support, nothing. All they say is: We’ll get back to you but, they haven’t. Nobody forced me to drink but being on Tour has driven me nuts. It’s an absolutely awful lifestyle!”

That’s an almost verbatim (shortened) version of the words of 27-years old, Grayson Murray, that he published on Twitter after he withdrew from last week’s 3M Open having played only one hole in his second round. If ever there was a cry for help and warning the others surely this is it?

Murray has been operating at the highest possible level (PGA Tour) for five years and not without some success. He has banked over $3-million in official money plus whatever he also earned from sponsors. The 2017 winner of the Barbasol Championship in his rookie season, (the same event Seamus Power won recently) Murray has now fallen on tough times; plummeting to 457th in the Official World Golf Ranking and making only seven cuts in 22 Tour events this season. His official prize money of $255,130 sounds not too bad but the estimate for breaking even could be twice that sum.

A family tragedy in which an uncle and aunt were murdered as well as his disappointing results this season seem to be the root causes of his raw and rambling confession on Twitter and it has raised eyebrows and no little chatter amongst his colleagues.

A former student at Wake Forest University, East Carolina University, and Arizona State University, Murray has four professional wins, including one on the PGA Tour which had him earmarked as a possible big star in the making but it hasn’t turned out that way.

Murray has been in trouble on social media before. He has had a tendency to express his irritation towards some of his fellow Tour members. Hardly the way to win friends and influence people? During the recent Open Championship, he posted that his run of bad form when missing seven straight cuts had nothing to do with his Srixon equipment; an obvious slight on Bryson DeChambeau’s ‘antics’ at Royal St. George’s.

Veterans Phil Mickelson and Steve Elkington have stepped in with offers to try to be of assistance. Both agree that playing on the PGA Tour can be overwhelming at times and have offered to help in any way they can. Playing golf for a living is not as easy as it may appear. Even when winning every year, it brings about challenges.

Meanwhile, the chairman of the Player’s Advisory Committee, Rory McIlroy, has a different set of problems. How to recover the hunger he once had for victory when he was able to tell the media at Royal St. George’s in the middle of a win drought? “I am the happiest I have ever been, so lucky to have it all”. There is a wise old, saying in Africa: Lion with full belly makes a bad hunter!