Disappointment for Ireland as Italy cause upset at RCD 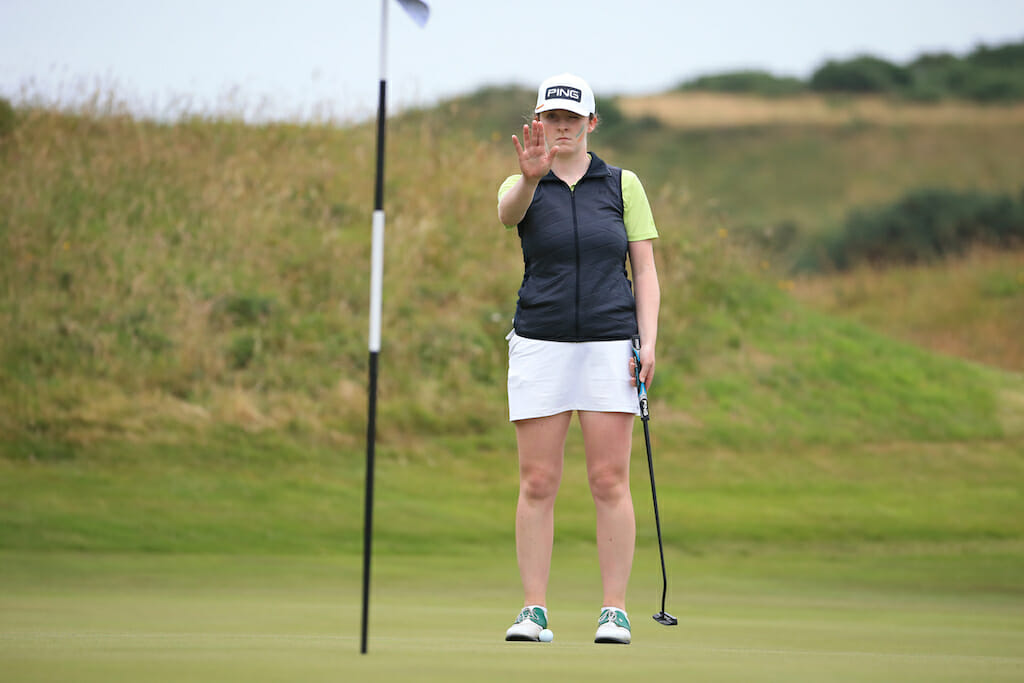 It was a disappointing day for the Ireland women’s team as they lost out by the smallest of margins to Italy.

Five singles ties awaited in the afternoon with Lauren Walsh (Castlewarden) leading the team onto the course. Through 9 holes Ireland looked in control but momentum shifted at the turn and three matches needed extra holes to be decided. Anna Zanusso sank her birdie putt to secure her point against Walsh and, when World number 28 Alessia Nobilio completed her comeback over Sara Byrne (Douglas), Donegan’s match was called a half from the 19th fairway.

“The 3 top matches fought right to the end and were all really close,” said Captain Laura Webb. “Two of them won the 18th to go down the 19th so we can’t say that we didn’t fight hard but it’s just disappointing that it wasn’t quite our afternoon.

“We have to lift them up, just because we’re not now playing for medal doesn’t mean we don’t have pride in where we finish on the table and it would be great to get the girls to bounce back tomorrow and finish as high as we can.”

Ireland will face Denmark in Friday’s match, with a 5th place finish still to be considered.

Top seeds Scotland also came back from losing both morning foursome matches to beat Spain. While England and defending Champions Sweden complete the semi-final line up.

MEANTIME – Ireland’s men enjoyed a resounding 4-1 victory in the quarterfinals of Flight B of the European Teams at Catalunya Resort. Matthew McClean and Robert Moran kicked off the boys and green with a 3&2 win while Walker Cup players Mark Power and Caolan Rafferty also enjoyed singles victories. Ireland face Portugal today.