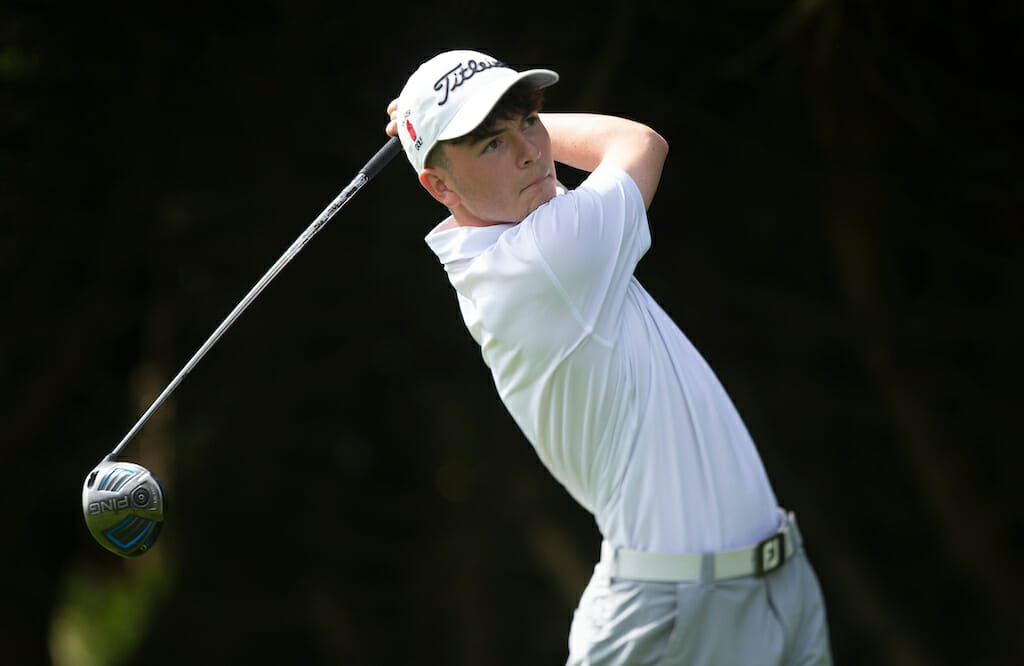 The Irish U18 Boys’ Open Championship began in Athenry Golf Club on Tuesday where 132 players tackled the Co. Galway course with Ross Campbell leading the way after round one.

Campbell made the turn in two-under par before adding a further two birdies to his card on 10 and 11. A double-bogey 6 on the par 4 16th brought him back to the field but his score was enough to hold the overnight lead by a single shot from the trio of Mark Gazi (Tralee), David Lally (Blainroe) and James Walsh (Douglas).

One player hoping to chase Campbell is reigning Irish U16 Boys’ Champion Gavin O’Neill (Malahide). On 2-over, O’Neill is within distance of the lead and, with an early tee time on Wednesday, will be hoping to put pressure on the leaders.

Played over four rounds, the winner will be decided by Friday evening, with the top 50 players and ties after three rounds making the cut.