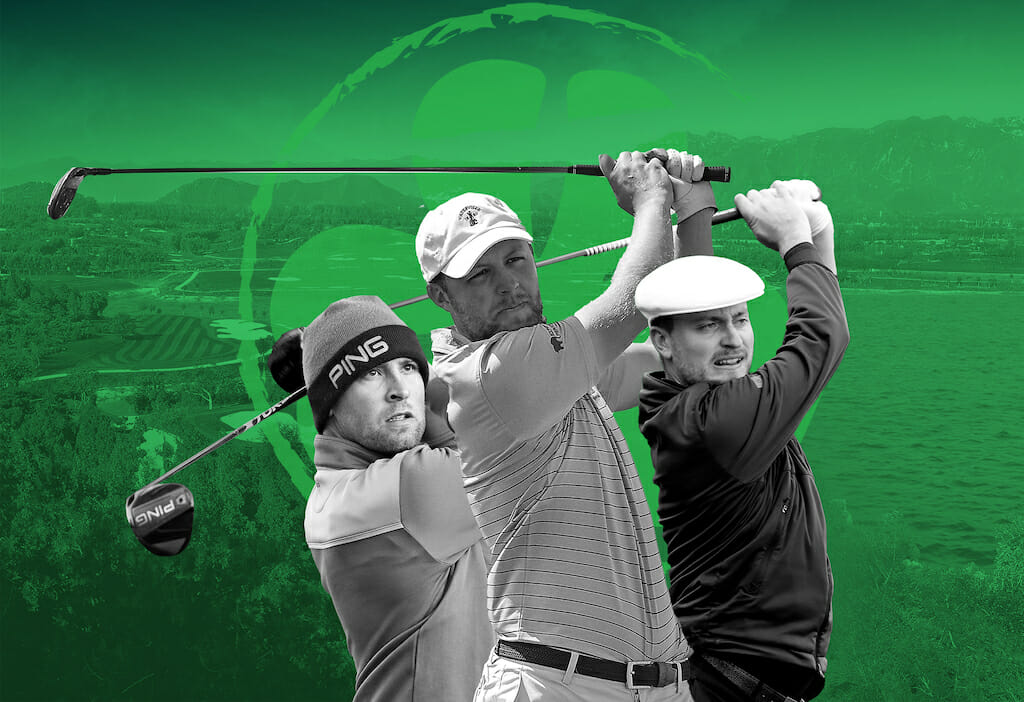 A headline in Irish Golfer’s Daily News on March 31st stopped me in my tracks: “McBride shares 33rd as Manassero is pipped by Margolis on Alps”.

When I delved deeper into the story, I found that two amateurs (from France and Italy) were in the first three with the well-known Italian and ‘almost Ryder Cupper once upon a time’, Matteo Manassero, sandwiched between them earning the first prize of €5,075 from the Mira Live the Soul Open on the Alps Tour at Acaya Golf Club, Lecce, Italy.

For his trouble, Irishman, Paul McBride, netted €441. The amateurs, of course, received nothing.

In no way, do I wish to pick on Paul McBride who I thought was a terrific golfer when I saw him in action at Lahinch in the ‘South’ a few years ago. Afterwards, I wrote a piece about how impressive he was and that he was the best player in the field, although he did not win. There is no reason why he isn’t a better player now. Why can’t he and many other young Irish golfers gain traction as pros because as amateurs they were fantastic? It’s alarming that there are no Irish players with fully exempt playing rights on the European Tour (apart from our major champion contingent absent in America for most of the year)

The inability of the 200+ Irish wannabes who tried (overwhelmingly in vain) to gain ET access over the last twenty years has a lot to do with it. Since Team Ireland was formed twenty years ago, the situation has continued to deteriorate. To say it is ‘just a phase’ is a lame cop out. Our representation keeps shrinking with only one positive exception – our ladies are steadily growing in strength and making an impact on the LPGA Tour.

In spite of our frequent successes in the Home Internationals and Walker Cup, Team Ireland would have a hard job convincing me that the €4m of taxpayer’s money granted to over 100 aspiring amateur and pro golfers over the last 20 years has been good value. The obvious conclusion is that the ‘Homes’, Walker Cup and the amateur game itself are not the breeding ground that guarantee professional success anymore.

In recent times, too many have received monetary support when they never were, or never would be, good enough to get very far. In an individual merit-driven game where you must stand on your own two feet and rely on yourself alone, a team ethic and a sense of equality might be seen as bad for the psyche. €17,000 granted equally to 13 pros (as happened last year) didn’t and couldn’t achieve much. Too many recipients of Team Ireland grants haven’t proved themselves as pros for the very good reason they haven’t had the opportunity.

That is why I’m of the opinion that the quarter of a million that Team Ireland gives out annually (approx.) would be better spent ‘in the grassroots’ by investing in driving ranges and municipal 9-holes courses (pitch and putt courses, even) that could also generate income to be re-invested as well as having the capacity to be converted into high tech academies for a day all over the country.

Golf has to exist at town and parish level to ‘catch’ all of the potential talent. An impossible task you might say but the GAA does it. It really is as simple as attracting more golfers and if they happen to be juniors, better still.

Social science has long since unmasked the sham of ‘equality of opportunity’. Study after study suggests that where people get to in life is largely determined by where they start. In golf, access is the biggest obstacle to getting that start. It is well known that to be successful at golf you must start young, have somewhere to play to the point of saturation and receive good coaching and mentoring. The key point is easy access and parents who facilitate and encourage.

Lack of access is impeding Irish golf at the top end too. Our contingent of wannabes trying to make it as tournament playing pros find it difficult to find tournaments to play in. There are domestic pro tours in France, Italy, Spain and Germany as well as in the Scandinavian countries; why not one here?

Recent winners on the ET, Adri Arnaus (Spain) and Antoine Rozner (France) began on the Alps Tour where keen Continental golfers are able to find out if they have what it takes. Paul McBride, Simon Bryan, David Carey and Jonathan Yates are all signed up to play on the ‘Alps’ this summer and will play for average purses of €40,000. At that rate, Team Ireland’s ‘quarter mill’ could go quite far in providing EXACTLY the right type of badly needed ‘playing for money’ experience – if a series of events at home with cash prizes at stake for invited amateurs with pro ambitions competing against invited domestic pros was organised.

The Irish Elite Squad System consistently produces successful amateur teams, but it has increasingly failed to develop viable professionals capable of standing on their own two feet. On Tour it’s every man for himself. The scorecard never lies, but match play results can be deceiving.

Our top amateurs (many of whom would wish to be pros) need a tougher, more demanding championship structure to train them to produce 68s, day in and day out; scores of 16-under the card or better over 72-holes on a consistent basis are the benchmark of potential viability as a pro prospect.

Winning head-to-head matches is flattering and exciting but it is of no value in the pro ranks for the simple reason there are virtually no pro tournaments played in the match play format. In match play you have to beat one person. On tour, each week you have to beat 150 other pros. That’s quite a competitive difference.

The disparity between playing 18-holes of stroke play and 36 is significant. The difference between 36 and 54 is huge and the difference between 54 and 72 is mega. Our provincial (and Close) Championships should all be contested as either a ‘54/16’ mixture of stroke play and match play or 72-holes of stroke play only. More stroke play would produce better all-round players right through the field while at the same time providing a more ‘revealing’ feedback to parents ‘dazzled’ into pauperising themselves by supporting their starry-eyed sons or daughters, the majority of whom haven’t a hope of ever making it the pro ranks.

Historically, Ireland has produced many world class golfers. With more enlightened, modern supports we can do so again. First, by increasing investment in academies for junior coaching at grassroots levels throughout the provinces, and secondly, by providing gifted amateurs who have won big and often and want to go further and play for a living, the scarce opportunities to play in pro events against pros.

Turning up at Tour School without sufficient experience of playing competitively in a pro atmosphere is, quite frankly, a waste of money and time. If you want to play professional golf, the only way to find out if you can actually do it is by playing for money against your peers.

To finish on a light note: I was recently reminded of a story that former, national coach, Howard Bennett, is fond of re-telling: “During one of my visits to Penina, an interesting incident took place while I was having luncheon in the company of the great, Henry Cotton. A guest approached Henry and asked him extremely politely if he would ‘cast an eye’ over the swing of a young man, who played off +4 and whom the gentleman said was a ‘a terrific pro prospect’.

“Can he play?” Henry asked simply and carried on eating.  The guest was befuddled, so he asked again. “Can he play?” was offered once again in reply.  “What do you mean can he play? He is +4 handicap!” “Tell me, what has this young man won?”

It was Henry’s repeating factor in assessing any player with lofty ambitions and at the core of his philosophy. Henry was right in his day and he would be still right today. If you aren’t a serial winner in the amateur ranks, stay there until you become one. Then, and only then, should you consider making the switch to pro tournament golf.