Slow start for Irish quintet as Schwab leads at The Belfry 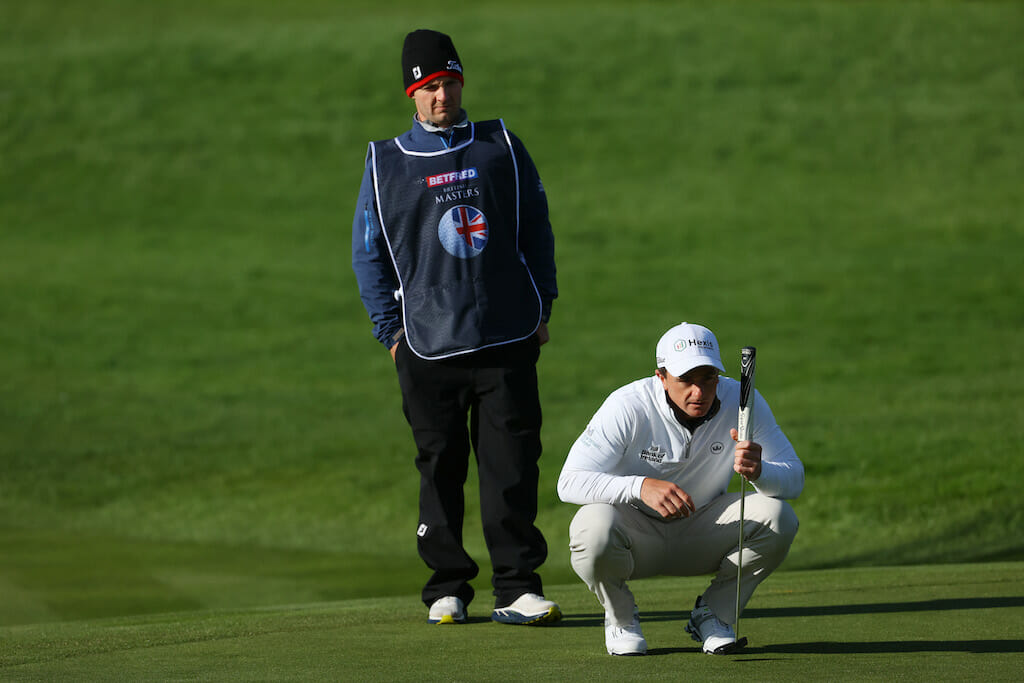 Paul Dunne’s even par round of 72 was the best Ireland’s five-strong travelling contingent could muster on day one of the Betfred British Masters where Austrian Matthias Schwab leads.

Having made the cut In two of his last four European Tour starts, Dunne continued his mission to get back to winning form with three birdies and three bogeys in his even par effort that leaves him in a tie for 52nd, six shots behind Schwab.

The 2017 Champion Dunne heads Ireland’s quintet by one with Royal Dublin’s Niall Kearney and Ardglass pro Cormac Sharvin in a tie for 70th at one-over par. Clandeboye’s Jonathan Caldwell was going well at two-under before a quadruple bogey at his ninth hole halted all momentum. Caldwell carded a four-over 76 in the end with Glasson’s Colm Moriarty completing the Irish contingent after returning a six-over 78; both places left with a mountain to climb if they’re to collect a pay-cheque this week in Sutton.

Heading into day two, it’s Schwab who sets the standard after firing seven birdies in his six-under par 66 to lead Scotland’s Callum Hill by one on the Brabazon Course.

“I think it’s quite a good score, I’m really happy and pleased with the score but also with how I played,” said the Austrian. “I had a slow start but an OK start and then had a really nice stretch from my seventh to 12th hole, played those in five under which was great.

“Then I got a nice birdie on eight, which was my final hole and is not an easy hole today. Overall I kept it together, one bogey and seven birdies so it’s been a really solid day.”

Having enjoyed t-shirt weather in the three tournament Spanish swing in recent weeks, Schwab was embracing a different type of challenge this week in England.

“It’s very hard to compare the courses on the Canary Islands with this one,” he added. “You only have to look at the scores and that tells you a lot about the courses in Tenerife and Gran Canaria were. They were nice to play on but a five under cut is a little bit low in my opinion.

“But it’s nice to be here, it’s a tough course, challenging and today was not very windy so it was probably the easiest it’s going to play all week – if the wind starts blowing a bit it’ll be even tougher and the scores will show that. Courses when they are set up tough but then when you say that and shoot bad scores you sound a bit like an idiot. But I like it more when it’s not just a drive, pitch and putt deal, so I guess I proved it today but obviously I have to do a little more work over the next few days.”